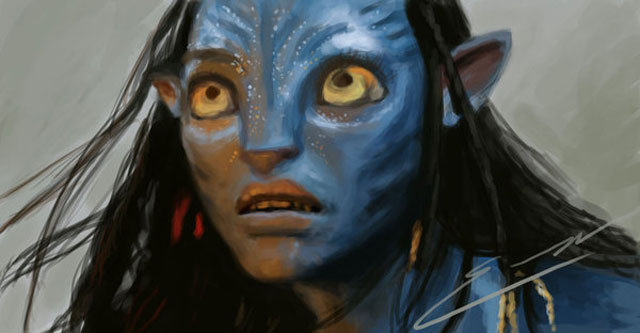 Avatar doesn't have a bad story, but its unswerving direction does make it a predictable one. Since the internet's already hashed out the cultural angles of James Cameron's splendid epic, let's take a look at the storytelling mechanics--something he approached with a caution only $400M buys. What risks could Cameron have taken to add some surprise, without spiking the straightforward narrative?

Our hero's journey is smooth sailing: Jake so badly needs his destination that there's never much ambivalence about the journey. This lack of internal conflict manifests when the Na'vi tribe rejects him: his only betrayal of them is the plain fact of his original mission, which he'd had abandoned in any case. Wasn't it obvious that he might be telling others what he'd learned about the tribe? As the first "warrior" dreamwalker, no less.

If Jake instead pursued an explicit and timely opportunity to betray his new friends, his 'going native' afterward would have been a powerful moral turning point rather than a faint point on a 'character arc.'

2. Give his rival some balls

In Dune, off-worlder Paul Atreides is forced to kill to gain acceptance with the locals when his own kind finally forces him into the wilds. In Avatar, however, Jake only has to show up on a fancy ride. Instead of becoming a nonentity after their earlier aikido warmup, Na'vi chief-to-be Tsu-tey could have drawn a line in the moss: I represent the caution and tradition of my people, and you'll have to beat me down to change and lead us. If Jake has to defeat, even kill an ally who hates him, it tarnishes his character--but Pandora is red in tooth and claw, after all, and it is what he's fighting for.

3. The Na'vi show how smart they are

Jake masters the bow and horse. Why not let one of the Na'vi surprise everyone by getting to grips with some of that weird sky-people tech? And perhaps even do a little betrayal of his or her own.

You can't just let Steven Lang take a role like that and then bury him in cartoon villainy. Colonel Quaritch is evidently a spiritually blasted former soldier who went private-sector after tiring of fighting dirty wars. As Lang says in an interview, "I didn't play a villain; I played a man who is doing his job the best way that he can." But he isn't given much space for that nuance by the script. For example, he knows that his brief is to protect a blood diamond operation, not patriotic duty, and yet in his climactic battle with Jake, he asks him how he could betray his people. What he really means is, "How could you not be a soldier, son?"


In the movie, Jake simply snarls. A retort would be sweeter. "Is that what they told you when you quit Venezuela?" does the the trick. The Colonel knows he's lost, after all, and getting irony thrown in his face offers him a chance to choose his own doom--without any need for the leaden pathos that often comes with such turnarounds. Consider the many suggestions that Quaritch is the only human on Pandora to feel at home there in his own body--he is much more like the Na'vi than he'd like to admit.


That brings us to the disinterested corporate apparatchik in charge of the whole show. He's the real villain of the piece, who gives the natives none of the respect offered them by his soldiers and scientists, at least until his decisions' moral consequences are thrown in his face by Ripley.


Wait... wrong movie. In any case, Mr. Cameron had the right idea the first time around. Kill the slimeball--or better yet, let an alien do it.