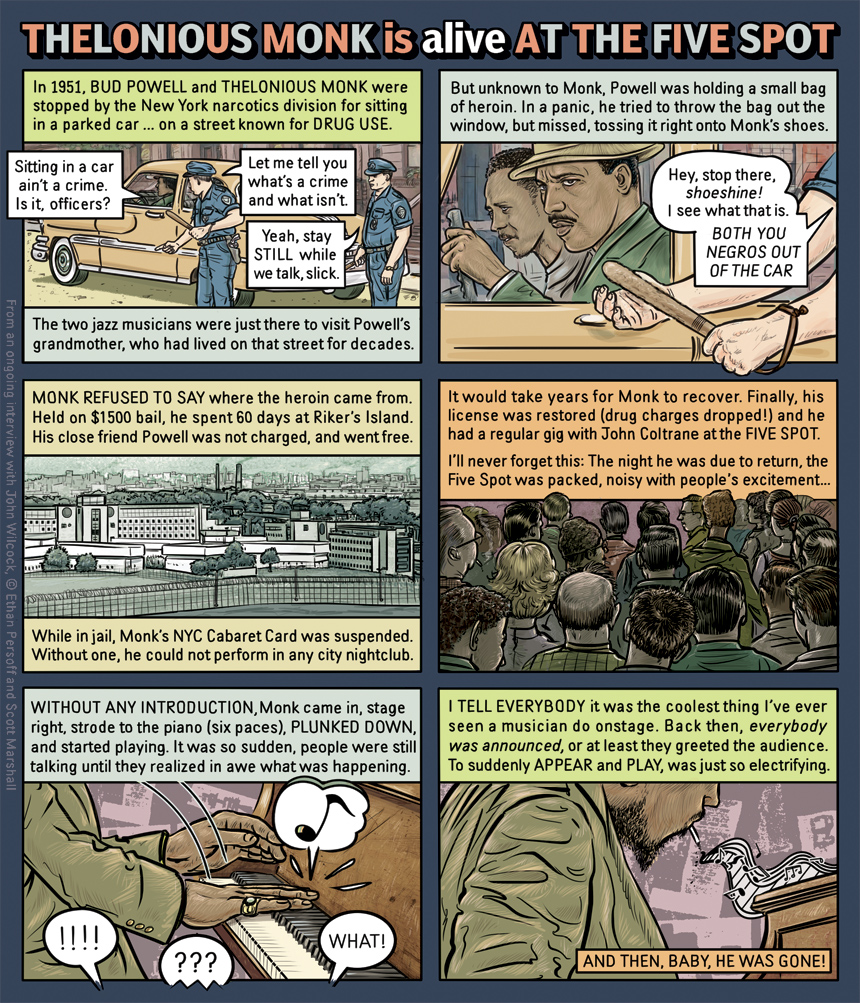 The John Wilcock comic returns with the story of Thelonious Monk's heroin arrest, followed by John's personal memory of seeing Monk play at the Five Spot.

1) COUNTERPUNCH on "Out Walked Monk" by Jeffrey St. Clair

2) JAZZ TIMES on "The Cabaret Card and Jazz"

From an ongoing interview and biography of John Wilcock, a prolific editor and publisher of 1960's underground newspapers.