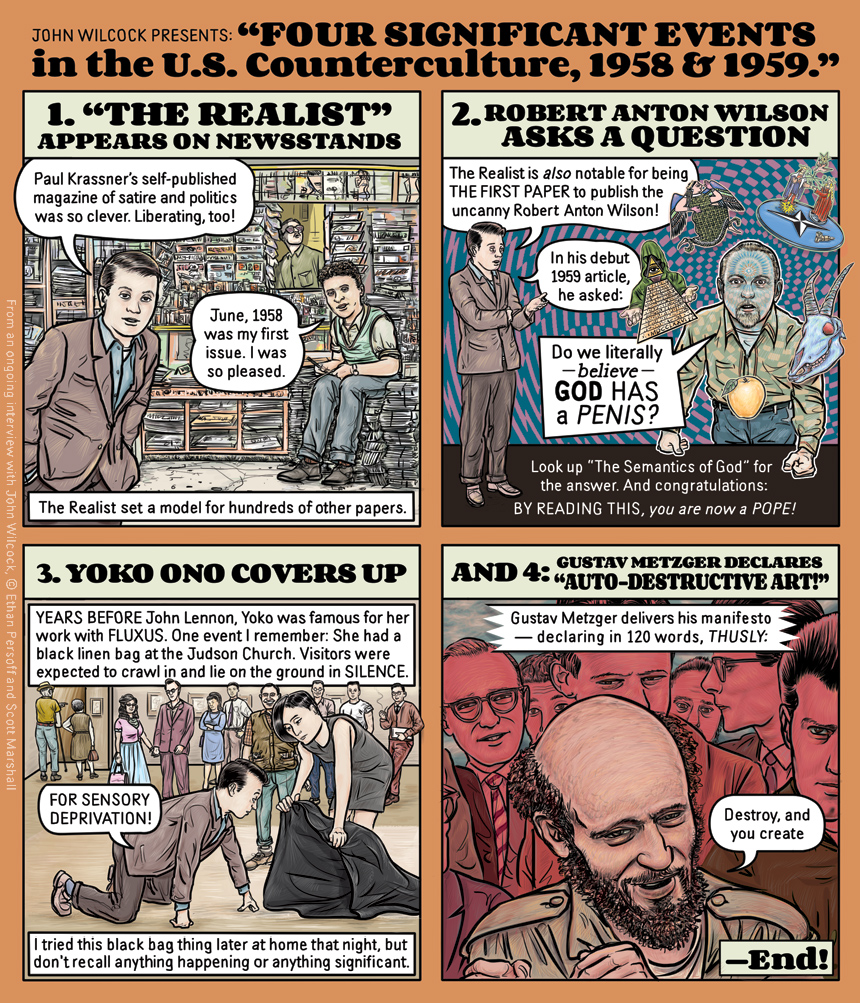 A round up of items that helped shape the underground culture of the late fifties. With Paul Krassner, Robert Anton Wilson, Yoko Ono, God's Penis, and Gustav Metzger.

From an ongoing interview and biography of John Wilcock, a prolific editor and publisher of 1960's underground newspapers. Visit John's website for a very entertaining weekly column of news and commentary.

Supplemental material, in order of how they appear above:

1) MOTHER JONES on "Interview with Paul Krassner" by Bob Harris ("Two flaming liberal pinkos yuck it up for your reading pleasure.") — Visit Paul Krassner's website, and click here for an entire archive of THE REALIST.

2) ROBERT ANTON WILSON's 1959 article on The Semantics of God from The Realist No. 8.

Be a good pope and revisit 2012's RAW Week on Boing Boing, or visit Bob and say hello.
Dangerous Minds also provides a good sampling of excellent Wilson material. Be sure to download the audio.

3) YOKO ONO performing "Voice Piece for Sorprano & Wish Tree at MoMA" and later remixed to be a cover of Katy Perry's Firework. — HISTORY OF OUR WORLD Presents FLUXUS.

Lastly, an excerpt from John A. Walker's Cross-Overs: Art into Pop, Pop into Art: Gustav Metzger's influence on Pete Townshend and The Who. (Metzger's work was in the United Kingdom, but his ideas affected U.S. artists.)