TOM THE DANCING BUG: Five Tips for Living In a Surveillance State 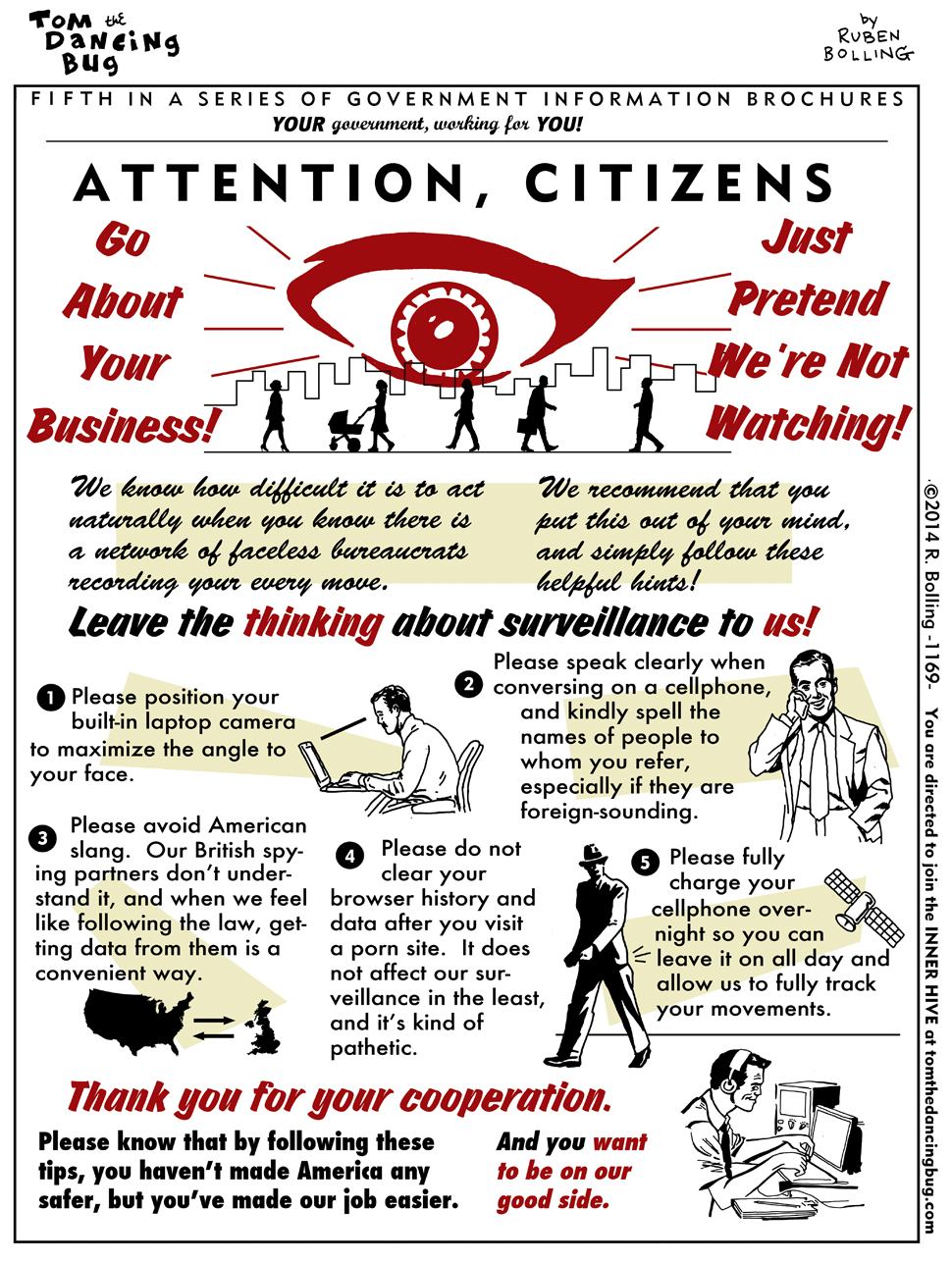 Tom the Dancing Bug, IN WHICH United States citizens are advised how to submit to the Surveillance State.

BE THE FIRST ON YOUR BLOCK to see Tom the Dancing Bug, by @RubenBolling, every week! Members of the elite and prestigious INNER HIVE get the comic emailed to their inboxes at least a day before publication -- and much, much MORE!