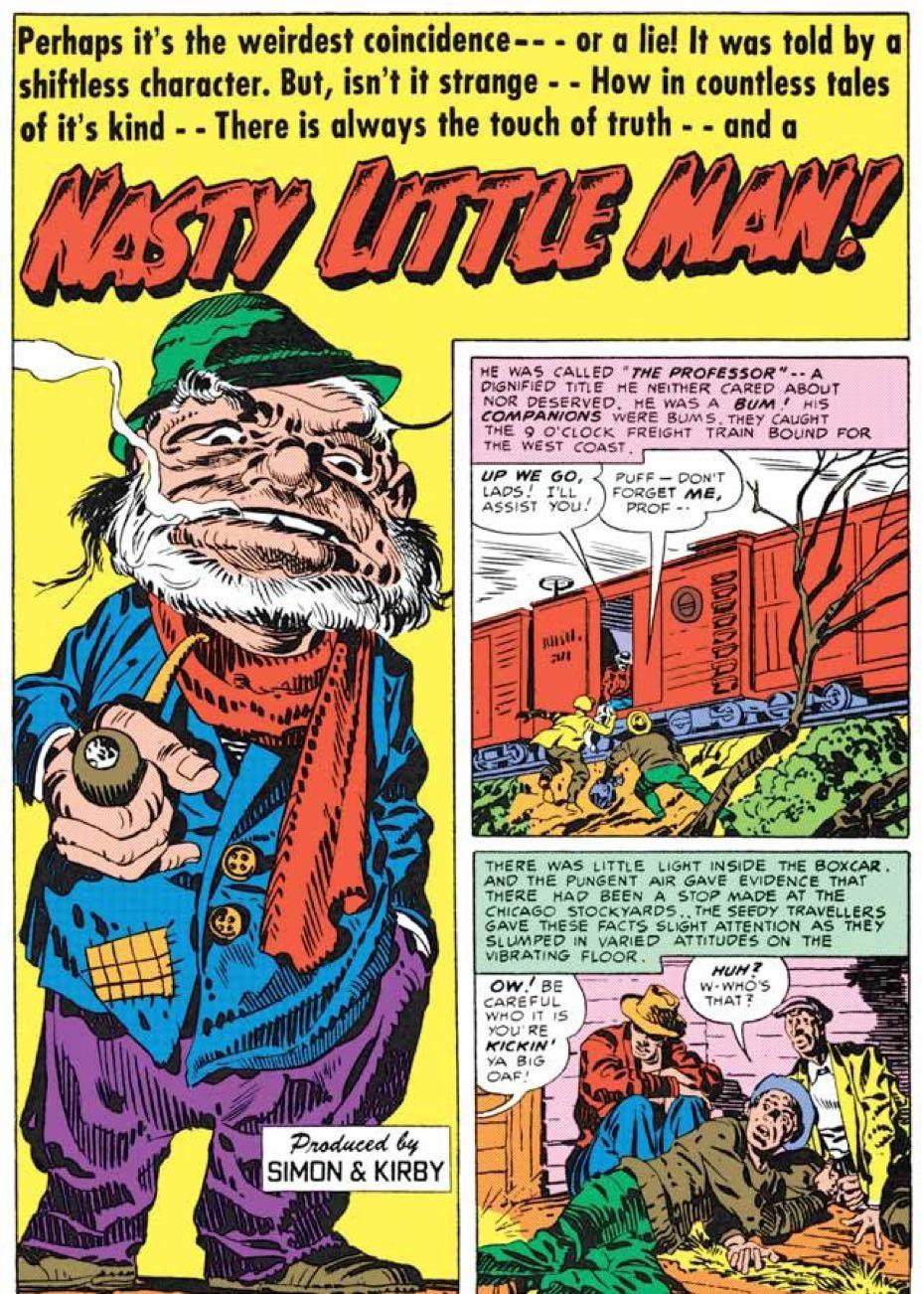 I read this Golden Age Simon and Kirby comic about a malevolent leprechaun when I was a kid. I think it was in a black and white paperback anthology; but I'm not sure. I do remember being thoroughly creeped out by it. "Nasty Little Man" is included in the newly issued Simon and Kirby Horror anthology, which is loaded with wonderfully bizarre stories. Enjoy the full story here on Boing Boing!

From the Golden Age of the comic book era comes an unrivaled collection of terrifying tales that thrilled readers and appalled a nation! For the first time, all of the stories written and drawn by Joe Simon and Jack Kirby themselves, as well as a selection of rarely seen collaborations, are collected in one huge hardcover edition.

The Simon and Kirby Library: Horror