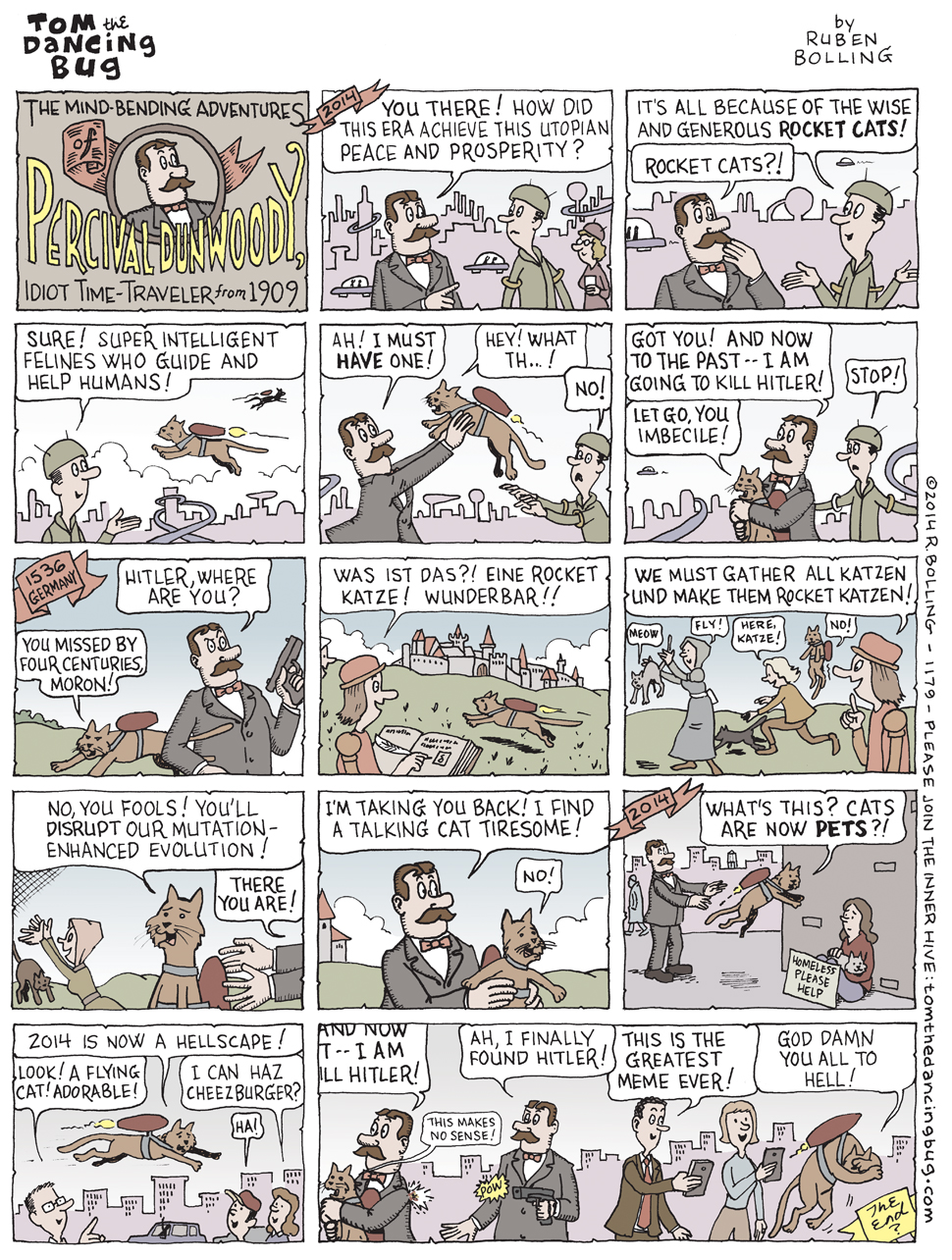 Tom the Dancing Bug, IN WHICH Percival Dunwoody, Idiot Time-Traveler From 1909, attempts to kill Hitler. Again.

I have seen the Future in which you choose today to follow @RubenBolling, and I frankly do not recommend it unless you are fond of canned foods.

However, the Future in which you choose RIGHT NOW to join his INNER HIVE is a glorious, egalitarian landscape of global buffets, sex and deeply satisfying movie sequels.