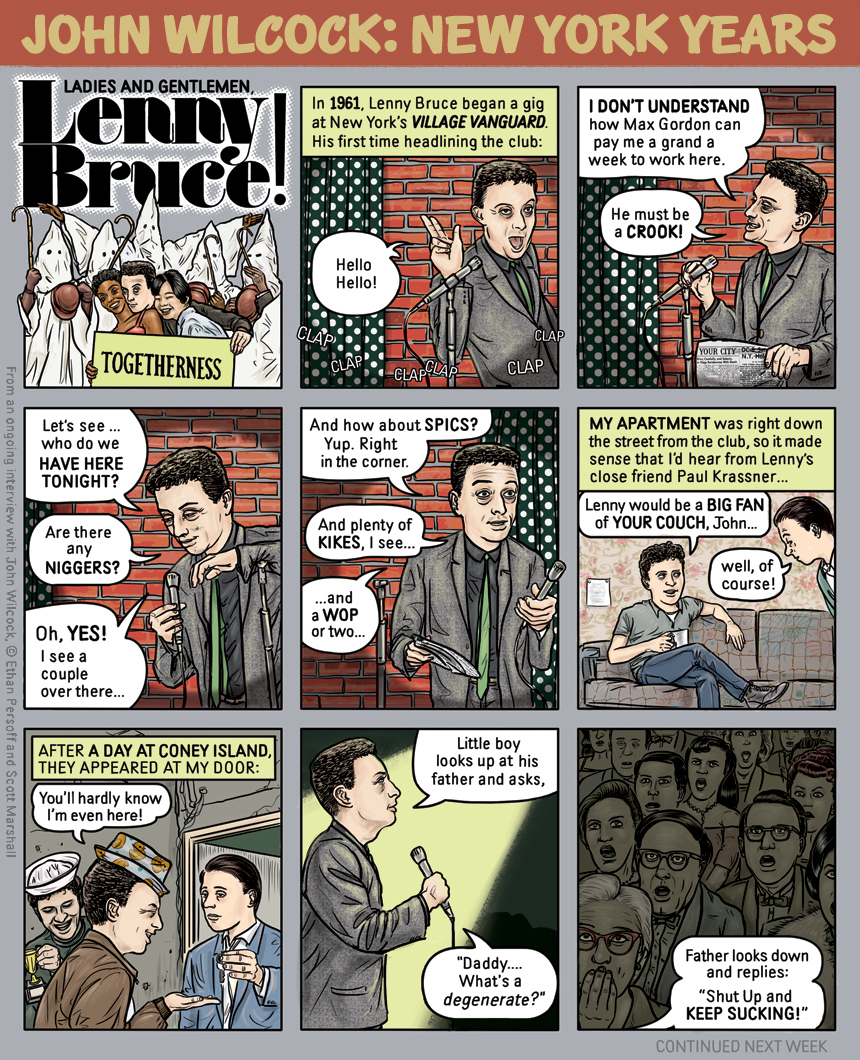 JOHN WILCOCK returns to Boing Boing for Chapter Six, with the first of two installments on Lenny Bruce.

"Ladies and Gentlemen, Lenny Bruce" will conclude next week.
View previous installments of the John Wilcock comic here and here.

Discussing Lenny Bruce in the sixties, Nat Hentoff writes, "I might be able to understand - though not really - why anyone with a knowledge of the major tensions of our time would not find Bruce funny; but I cannot understand how other [cultural critics] fail completely to comprehend what he is saying." (Read the entire Village Voice column, April 6, 1960.)

Paul Krassner's Impolite Interview with Lenny Bruce for The Realist.

WFMU and Kliph Nesteroff present:
"Actual Audio of a Lenny Bruce Gig Being Raided by the Cops, Chicago 1962" (Soundcloud)