JOHN WILCOCK: Legal Mescaline via Mail-Order and other DRUG MEMORIES of 1961 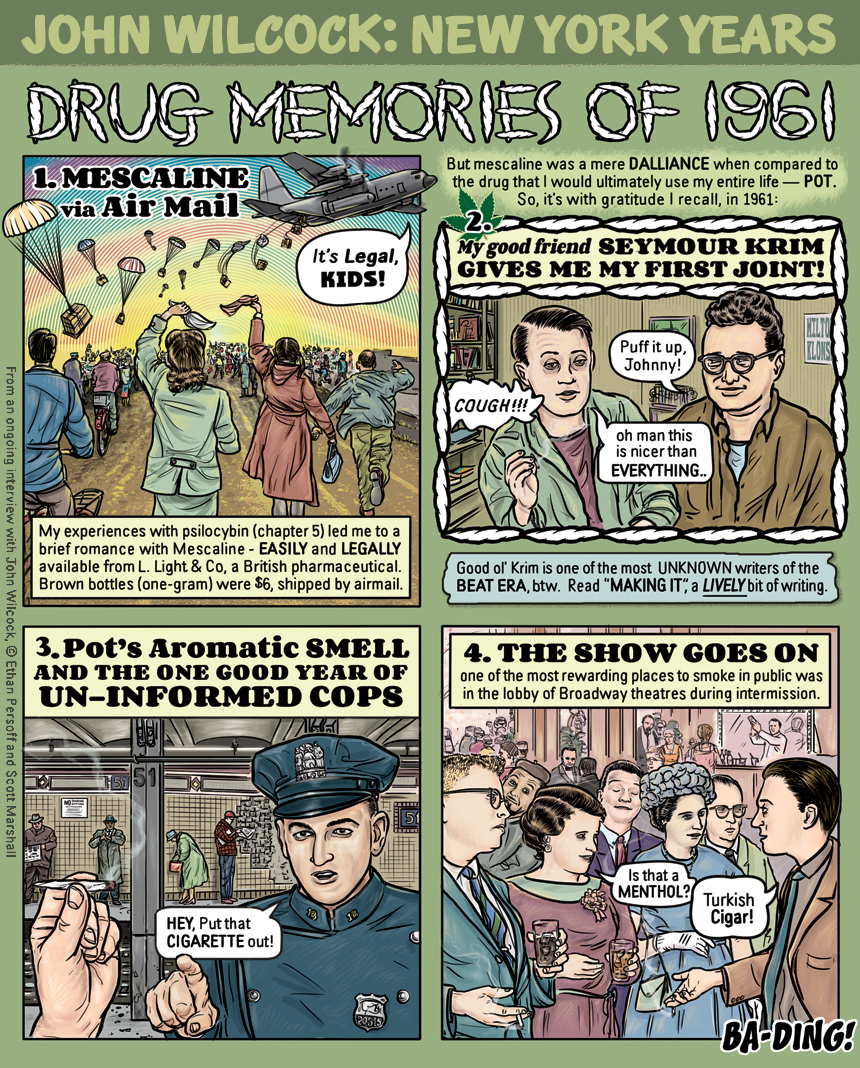 The Internet's best educational resource on drugs, Erowid, has a terrific amount of information on Mescaline: Erowid Mescaline Vault | Mescaline Basics | A list of experiences on Mescaline

The individual that gave John his first marijuana joint, Seymour Krim, is quite a good writer. Search out his two collections, "Missing a Beat" and "Shake it for the World, Smartass". Read this appreciative essay by Mark Cohen: Seymour Krim's Howl: I Was Not Destroyed, Mr. Ginsberg!

1960s: Marijuana use popular in counterculture

A changing political and cultural climate was reflected in more lenient attitudes towards marijuana. Use of the drug became widespread in the white upper middle class. Reports commissioned by Presidents Kennedy and Johnson found that marijuana use did not induce violence nor lead to use of heavier drugs. Policy towards marijuana began to involve considerations of treatment as well as criminal penalties.

Finally, John did indeed smoke pot in Broadway show lobbies, but regarding his joke to out-of-town tourists, Just Look at This Turkish Cigar.