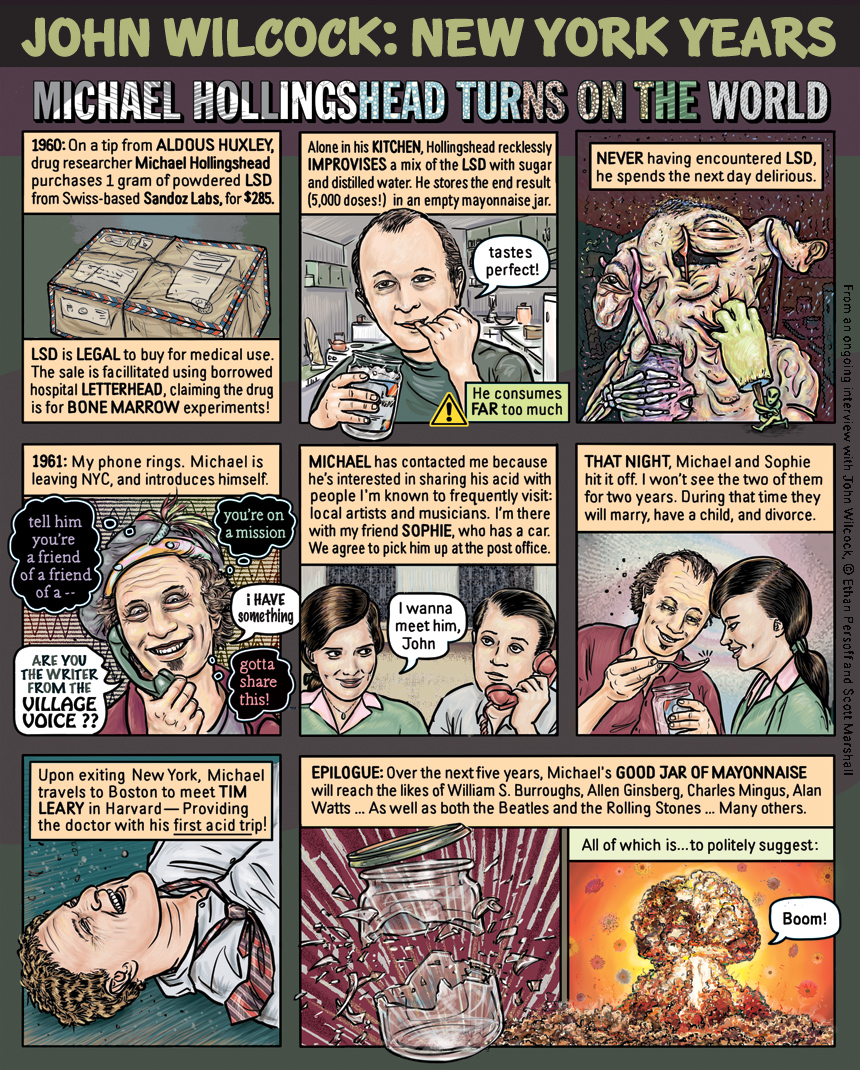 A package sent in 1960 from Albert Hoffmann of Sandoz Labs, containing one gram of powdered LSD, goes on to provide the first acid experiences for many in New York. A comic by Ethan Persoff and Scott Marshall.

Read the entirety of Michael Hollingshead's autobiography THE MAN WHO TURNED ON THE WORLD at the Psychedelic Library.

The Beatles were first introduced to acid by their dentist, John Riley. (Riley had received his acid from Hollingshead) — Read George Harrison's first wife Pattie Boyd recall THE DENTIST WHO SPIKED MY COFFEE WITH LSD. (Moral: Even if you're a dentist, don't UNKNOWINGLY spike people's coffee with acid!)

Additional Item: Before being banned, LSD was emerging in research as one of the more effective treatments for alcoholism and other difficult habits. Read the recent article on hallucinogens as therapy, Scientists Study What Psychedelics Do to the Brain, and It's Not What You've Been Told.