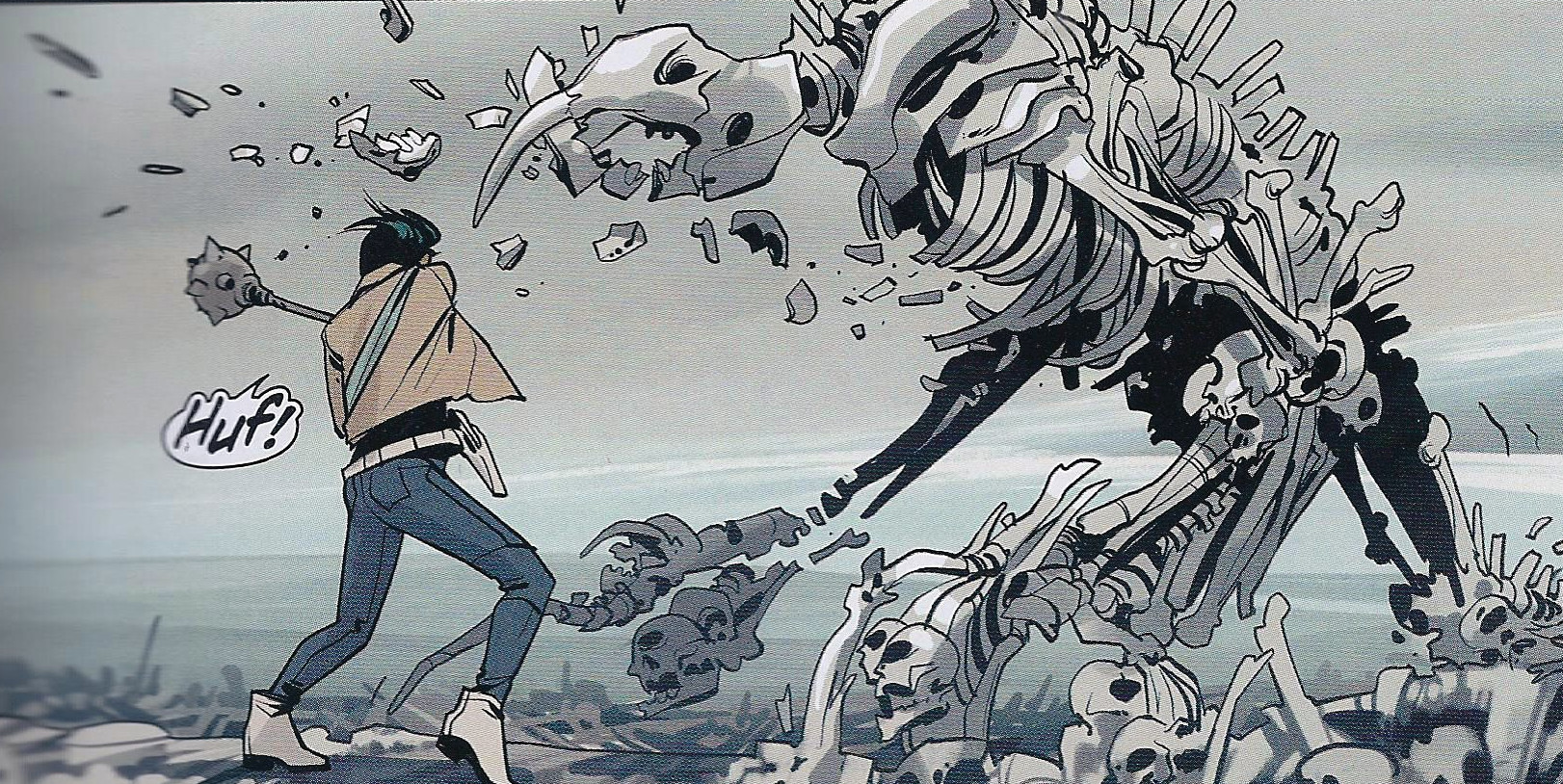 It's been nearly a year since the publication of volume two of Brian K Vaughan and Fiona Staples' spectacular Saga comic; but at last, volume three is at hand. As Cory Doctorow discovered, it was well worth the wait.

Last July, I thrilled to the first two volumes of Saga, the sexy, psychedelic, hilarious and weird comic from Brian K Vaughan and Fiona Staples. Since then, I've given away a dozen sets of those two books as gifts -- only to the very best people, of course! -- and anxiously awaited book three. Which is finally out!

I read the whole thing in one sitting this weekend, hunkering down at a cafe next to the comic store and alarming the waiter with my strangled cries of delight as each page thrilled me anew.

Yeah, it was worth the wait.

Saga is the kind of comic where a plot summary would just be dumb -- I mean, it's about warring galactic civilizations, the power of pulp fiction, mercenaries with soothsaying attack-cats, hallucinogenic fruit-parasites, and getting along with your weird parents. It's got the best stuff from Vaughn Bode and from Warren Ellis's Transmetropolitan, but it's also clearly indebted to the Tenniel illustrations for Alice in Wonderland, by way of Jodorowsky's The Incal.

There's a traditional piece of artistic wisdom that say you should only do one weird thing. That is, if you're going to have a weird plot, have non-weird characters and prose. The audience needs some familiar bearings, otherwise the whole thing becomes a psychedelic slurry.

But Vaughan (who is a great writer) and Staples (whose illustrations just make this) throw that advice right out the window. They weird all the things, but they do so on a knife-edged border between insanely-weird and just-too-weird. So even as your brain is being melted by the weird of it all, you're still falling in love with the characters, caring about what happens to them, rooting for this side or that in the battles (and often switching sides!), and laughing at their sweetest moments.

This is one of those comics that exemplifies just what the form can be. Now, where the hell is volume four already?