Tips on Smuggling Pot into the United States 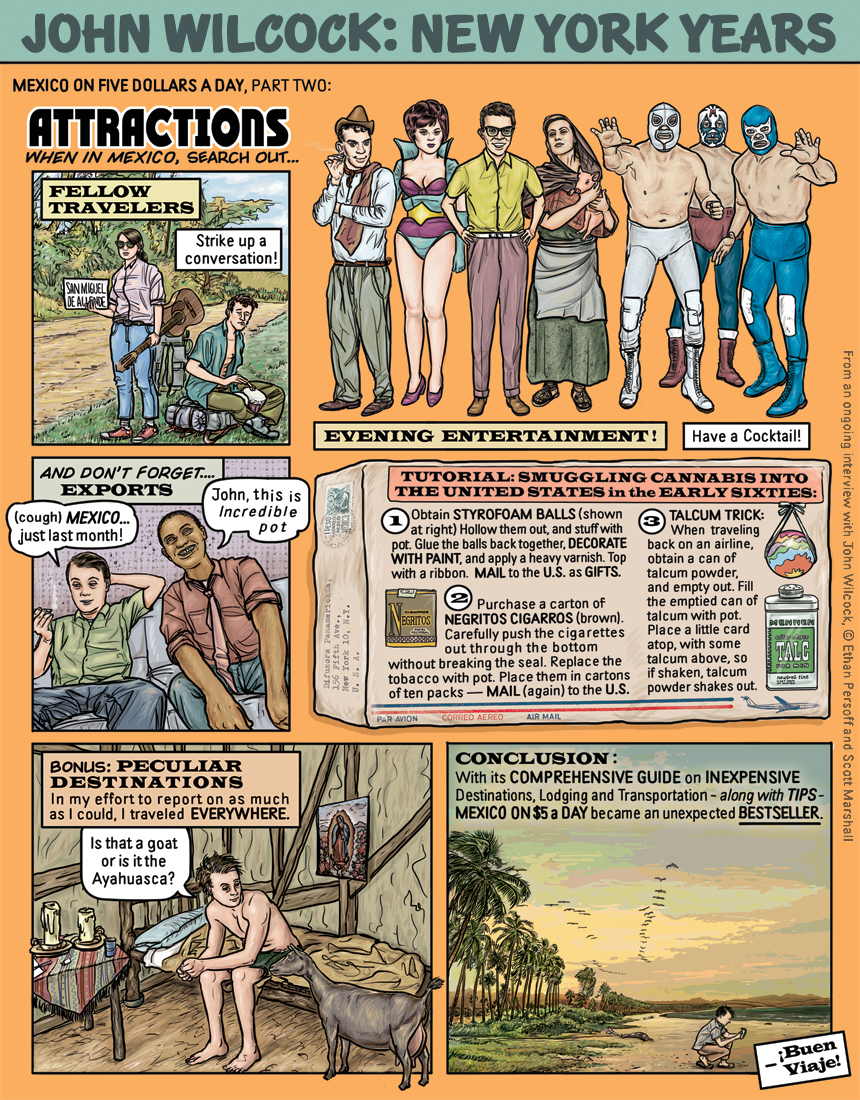 Is that a goat or is it the Ayahuasca? John Wilcock reports from Mexico. A comic by Ethan Persoff and Scott Marshall.

JOHN WILCOCK NEWS: We regret to announce John has recently been in the hospital. The following is posted by his assistant David:

As I address you this summer, I am unable to write. David has kindly put my words into text. I had some kind of attack affect my right side and am still unable to use pen or pencil, and when I read, the shift is somehow far to the right, so the material is out of focus. I can read one or two paragraphs at a time and I hope my condition will improve.

I am grateful to all of you who know me and have expressed sympathy, and I hope that in a few weeks, if I have the patience, a sort of semi-life will return to me.

Scott and I send our best to John, and hear he's improving very well.

All readers of the John Wilcock comic are encouraged to send John a message. He's a terrific correspondent. And with a light amount of humor, based on the comic above, you might enjoy a decorated styrofoam ball in reply!