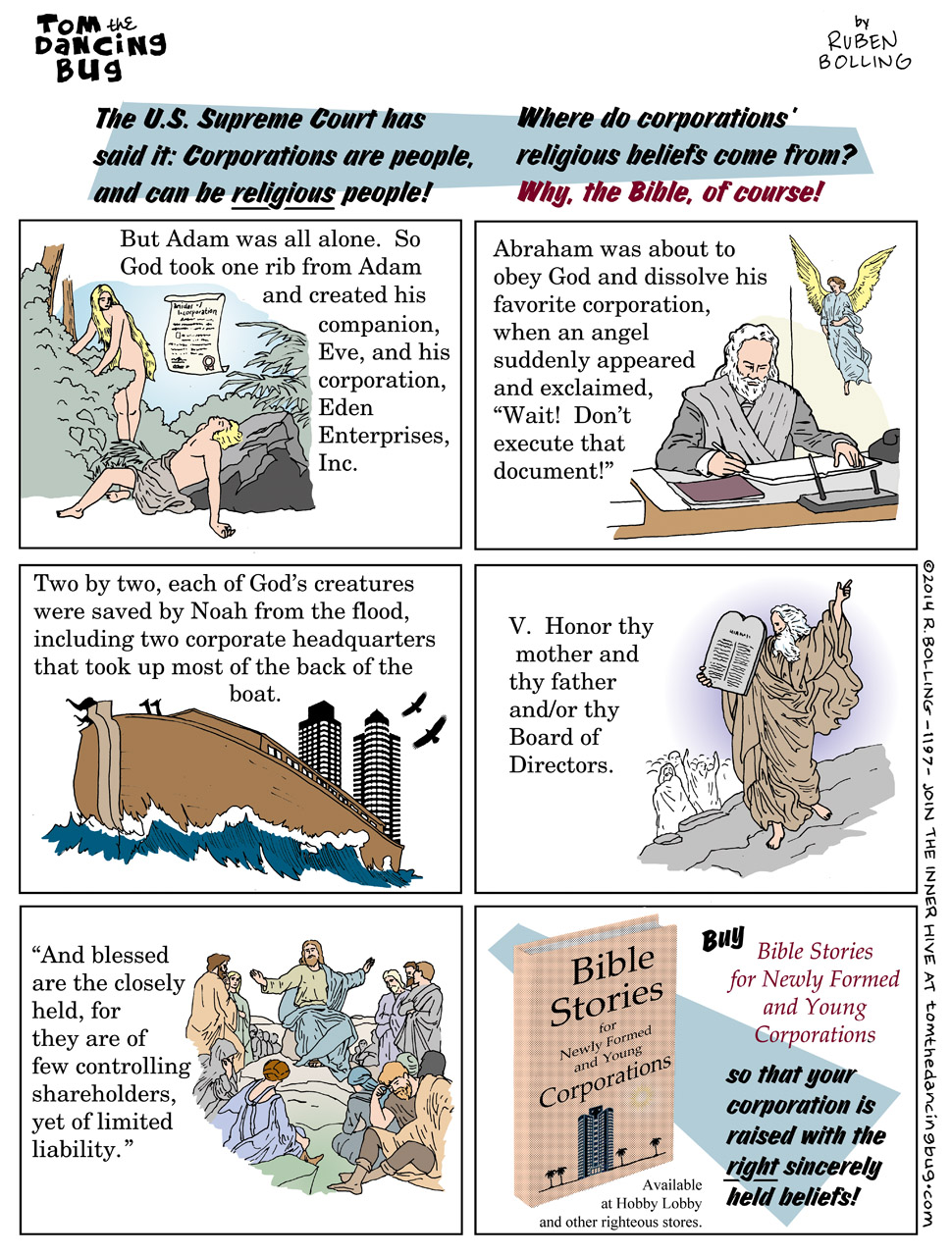 Tom the Dancing Bug, IN WHICH Bible Stories Are Presented for the Benefit of Newly Formed and Young Corporations

AND apply to join the highly selective INNER HIVE!