Obamacare: what it is, what it's not 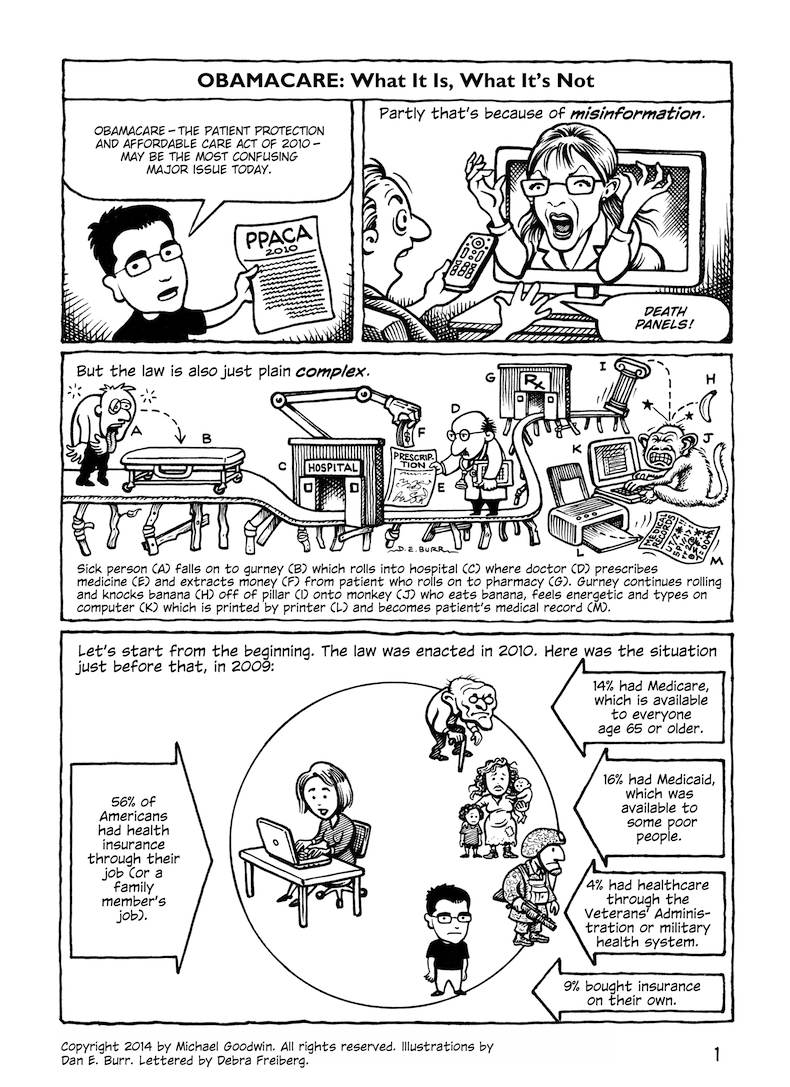 Net neutrality: What it is, and why you should care

An explanation of Social Security in comics

A free preview of my book, Economix