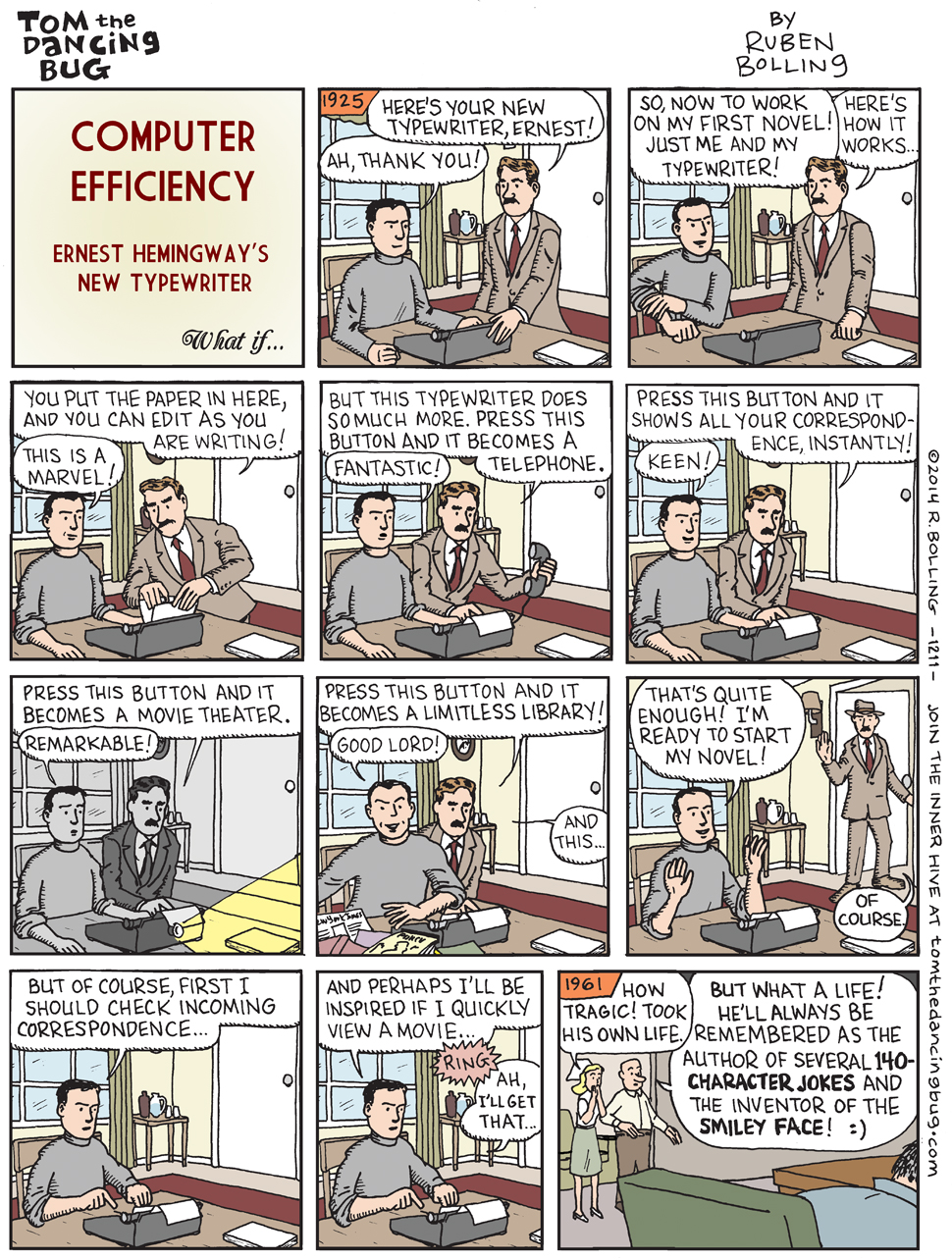 Tom the Dancing Bug, IN WHICH Ernest Hemingway gets a special new typewriter… with apps.

And "prove your virtue"* by joining the Tom the Dancing Bug subscription service, the INNER HIVE! "You'll feel good!"*