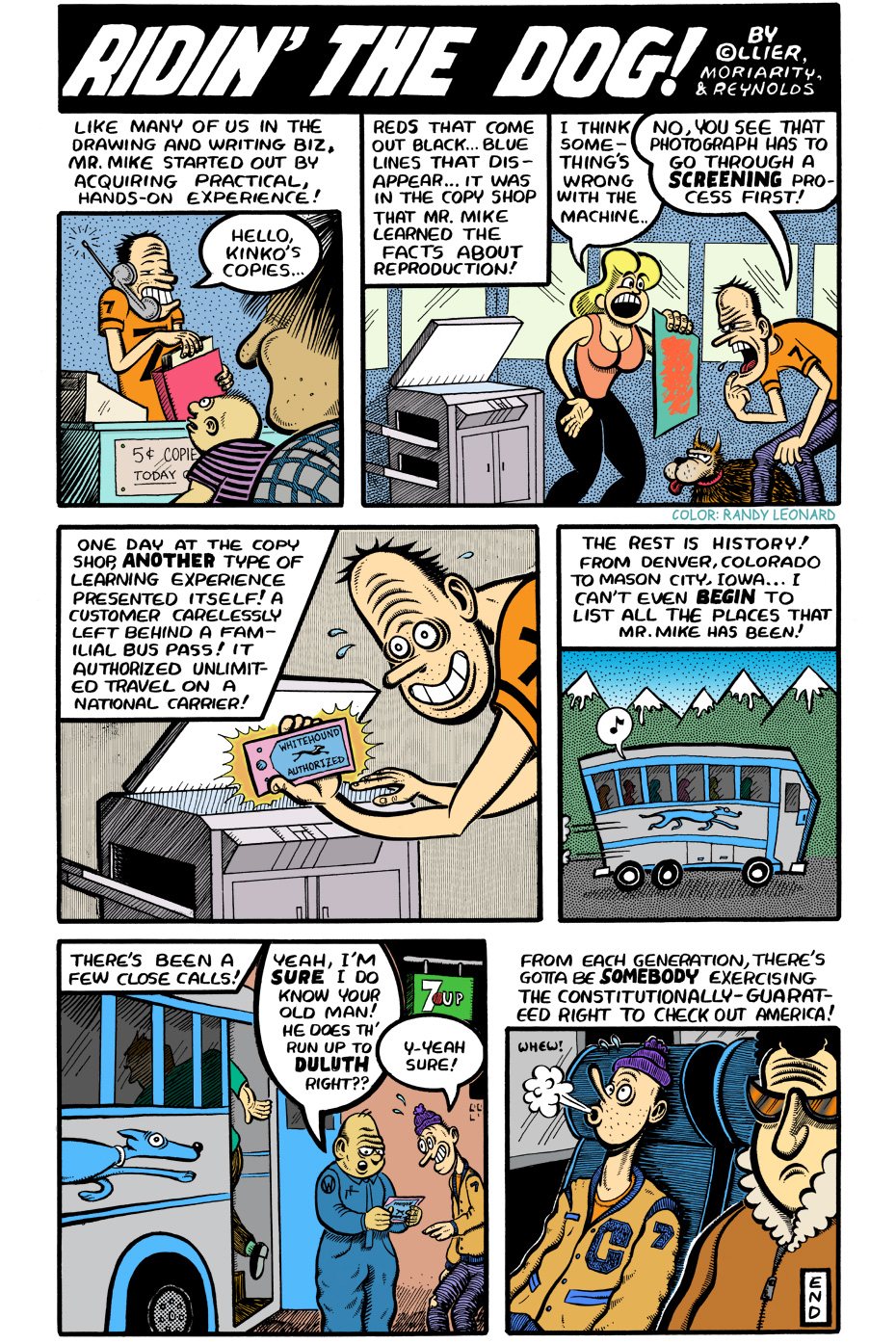 This one was written by Canadian cartoonist David Collier in 1994. It’s about the antics of prankster zinester Mike Haeg, better known as Mr. Mike. "I drew it up in pencil and then it was inked by my housemate, future Fantagraphics editor Eric Reynolds," says Pat Moriarity

Here is another Charles Bukowski poem I drew while he was still alive.

This was written by my mom, drawn up by me, and inked by my little brother Kelly.