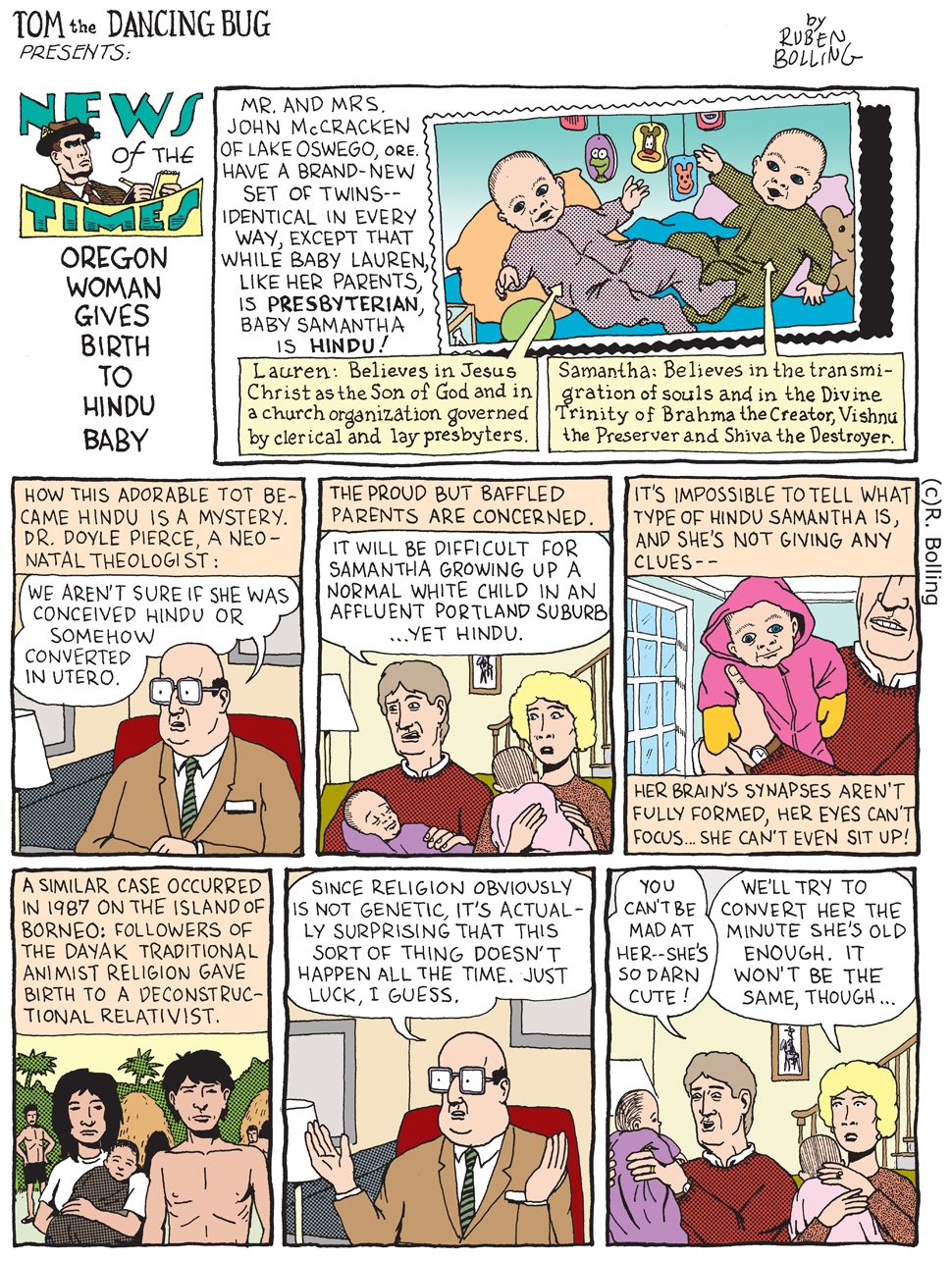 Tom the Dancing Bug, IN WHICH the News of the Times presents the story, "Oregon Woman Gives Birth to Hindu Baby"

Join the Tom the Dancing Bug Subscription and Other Stuff club, the INNER HIVE!