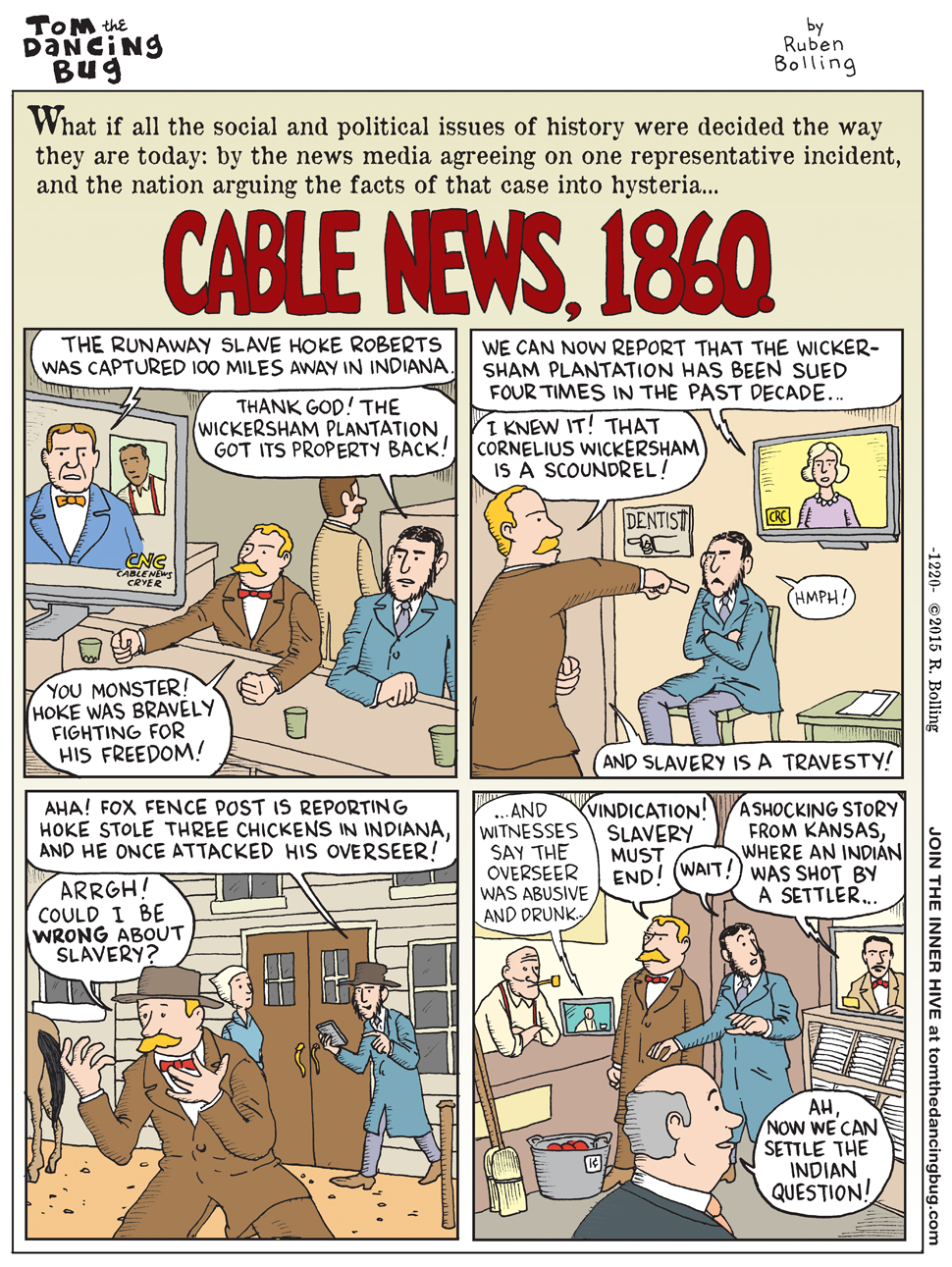 Tom the Dancing Bug, IN WHICH the great issues of history are decided as they are today -- by arguing hysterically about one representative incident chosen by cable news networks.

Join the Tom the Dancing Bug subscription and other stuff club, the INNER HIVE!