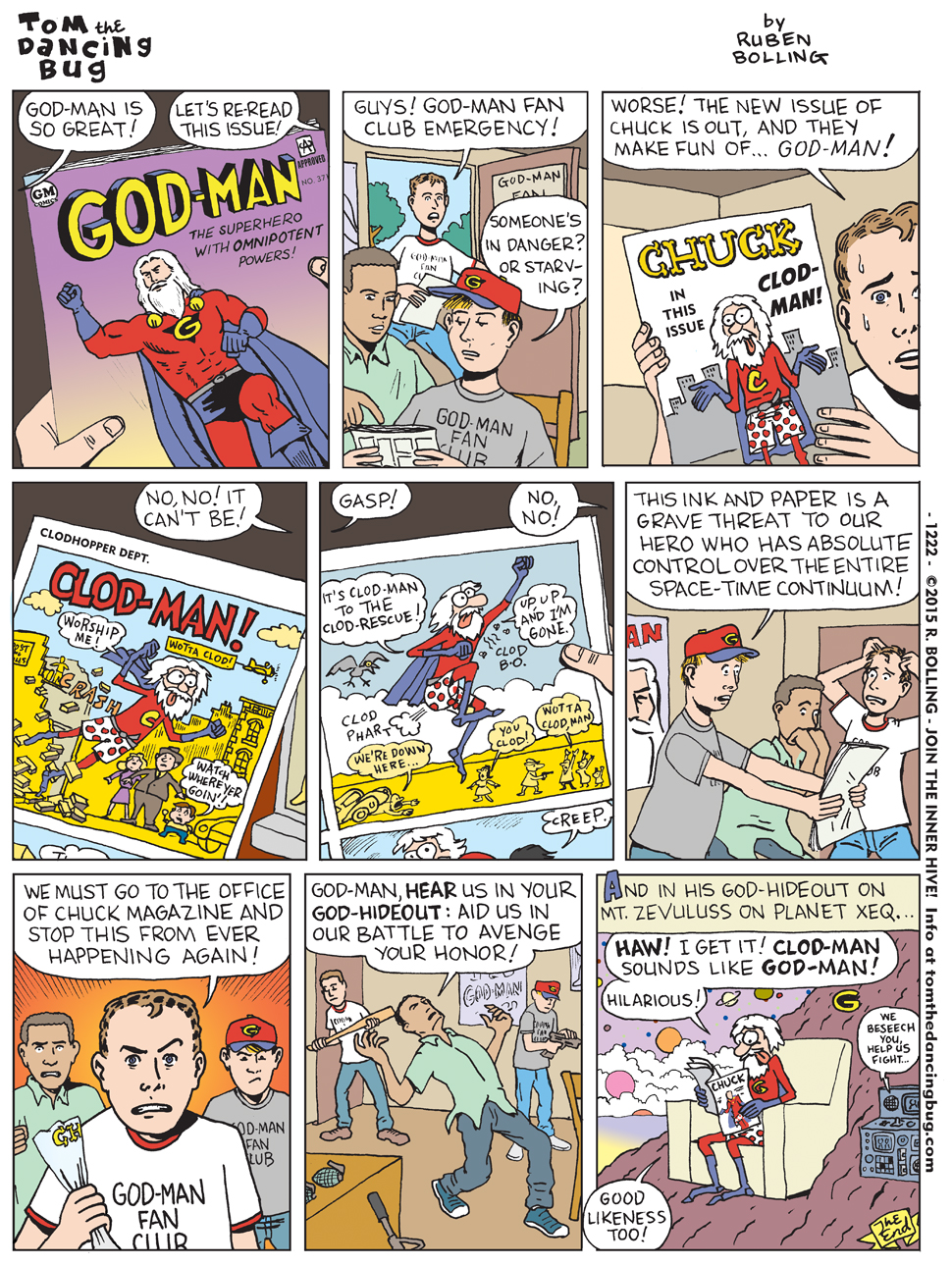 Tom the Dancing Bug, IN WHICH the God-Man Fan Club must avenge the grave insult of… "Clod-Man!"