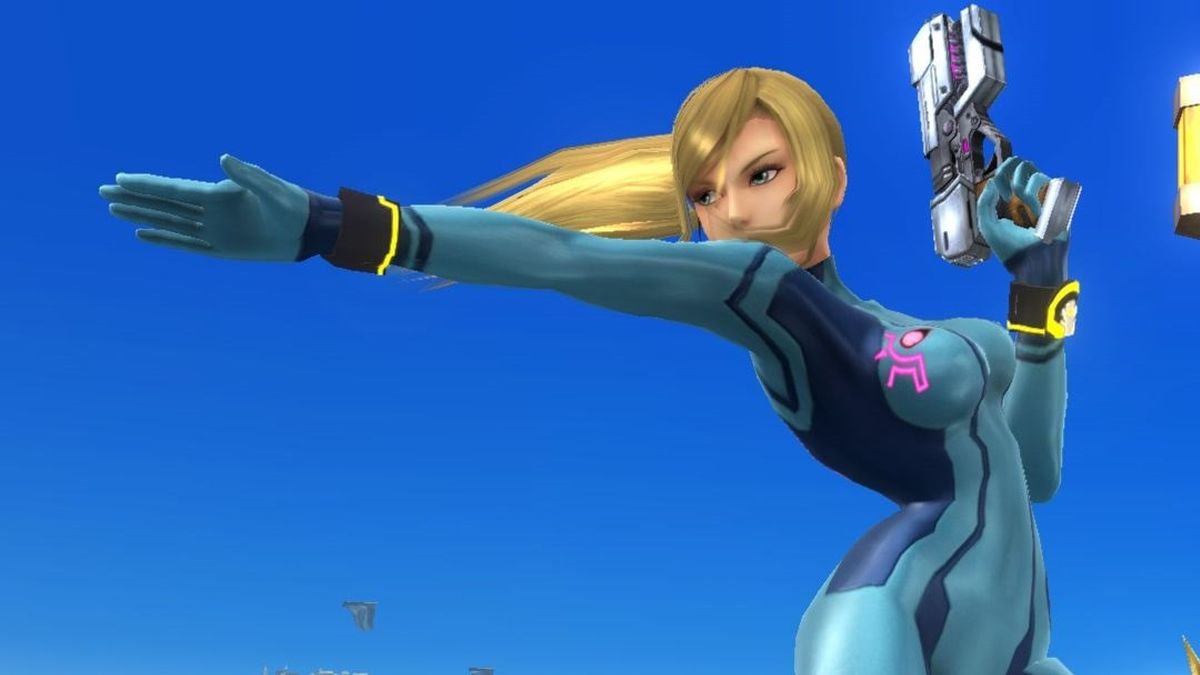 All my life, winning was everything. These days I'm just proud I still show up.

I’d lost the match, and Hank had been waiting for his turn to tap in. But I wouldn’t give up the controller. There’d been foul play in the last round, I insisted, and therefore I deserved a second chance.

“Fuck you,” he shouted in my face, and the whole room went silent. I tried to drop my controller in someone else’s lap, but she muttered that she didn’t want to play. I made a stormy exit, and I’m sure everyone thought I was angry, but I was actually embarrassed. It’d been Hank’s game, Hank’s controller and Hank’s house, and I had been the loser. But I hadn’t wanted to stop playing. I’d wanted to keep playing the game forever, to be the best.

When I was 14, all of my social interactions revolved around my high school a capella group and Super Smash Bros for the Nintendo 64. Our small, student-run chorus of outcasts practiced multiple times per week at Hank’s house. Once we finished practicing our “My Girl” harmonies, Hank would invite us to the living room for a few games of Smash as we waited for our parents to pick us up.

That was around the time I started to notice there was something different about me compared to the others. The other girls, in particular -- they tamped down their angry outbursts, kill-stealing and sore-loser rants. Sometimes they hung back from these game sessions altogether, talking about musical casts and crushes. Part of me wanted to join in, but I cared about games way more. I couldn't figure out how to calm my racing heartbeat or slow down my climbing emotions during Smash matches. At the time, I didn't even want to.

A year later I got my own Nintendo GameCube, with a copy of the newest Smash game, and began hosting tournaments in my own basement. Beating Hank time after time gave me a sick addiction to joyous retribution. Hank came close to victory many times, but he never did beat me – and ultimately, he asked out every single girl in our a capella group besides me.

Even though I was winning every single match against my hometown friends, I didn’t feel good about myself. I felt scared. Whenever Hank came near to beating me, anxiety would tighten my throat. What would I do when he finally won? I didn’t know, but I had to prevent it at all costs -- even if it cost me my friends’ respect.

Victories stopped feeling good. Even though I was the best, my anxiety only increased: It felt like I had to protect my mountain at all costs, like I’d lose everything otherwise. Part of me knew that the friends I took such delight in beating didn’t even like me anymore, let alone respect me, but I couldn’t change.

I took my Smash game to online communities and arcades, malls and meetups, and found myself entering a world of games that seemed far more sexual, far more adult than the cartoonish world of Nintendo characters and their comedy battles. My parents wouldn’t have let me play Mortal Kombat or Street Fighter, with their seductive vocabulary of complicated secrets and meaty strategy guides. And I was in over my head: My kind of trash-talking and competitive spirit was nothing compared to these kids’ world.

Since then I’ve tried from time to time to engage with different sectors of the massive and complex fighting game community. I’ve had some terrible luck with the folks I’ve met -- while to its credit the fighting game community does have more racial diversity than other competitive gaming cultures, there are embarrassingly few women.

For example, out of hundreds of competitors to join the GUTS II tournament in Boston two years ago, I was just one of two women (she played Street Fighter IV and I played Marvel vs. Capcom 3). I’ve spent the last 15 years continuing to compete, understanding exactly what it's like to lose, and how to learn. But I’ve also spent 15 years exposed to all kinds of trash talk, and insisting to others that no, I’m not in fact new at any of these games I compete at, that I do own game consoles, and a PC that I built myself, and yes this is my arcade stick, and no it isn't the first one I've ever owned, and yes I do play other competitive games, and no I don't look or act the way you'd expect me to look or act.

Most of the time, I feel like I’m expected to be enraptured by men and their supposedly-greater knowledge. At other times, I’m expected to perform like a prodigy -- like a monkey who can play the piano, or a dog who can walk on its hind legs.

Sometimes I wonder why I bother with it all: What’s the actual point of my getting any better at fighting games than I am now? What's the point in perfecting an unusual combo, or drilling a complex cancel, in memorizing cool-down times and frame data?

It's not just that I don't like losing – or that I don't understand why losing is important for learning. I have become preoccupied with existential dread, obsessed with my own mortality and the inexorable march of time. At the back of my mind, as I drill and practice, I know: It is already too late for me to be the best at any of these games.

I can’t even control the reasons. In 2009, the guy who’d been giving me rides to fight nights told me he was in love with me, so I let him down easy and fled, even though Street Fighter IV was about to transform the community and I’d just gotten a new arcade stick. I returned three years later to similar problems in different T-shirts: sexist trash-talkers, store managers who didn't give a shit about my comfort, and Nice Guys who didn't understand that I wanted to play the game, not go on a date.

Even dating fellow competitive players didn’t help wash away the oily condescension -- being “someone’s girlfriend” sometimes leaves you with even more to prove than being “some girl.” I began to agonize about how I was perceived. What should I wear? How should I act? Sometimes I wished these people would accept me as a friend. At other times, I wished they’d understand I just wanted to play the game.

At 29 years old, I still play competitive games -- even though tournaments, fight nights and online play, where I’m often just counting down til the next rape joke, are not for me. The younger version of myself, unbearable competitive warts and all, understood that she was practicing to beat Hank. More than that, she wanted to be the best -- and she believed that it was possible. She never wanted to stop, even after her time was up and she’d lost.

I can run, but my short legs won’t win me marathons. I play piano, but my fingers aren’t long enough for a concert career. And the fact I’ll never overcome my obstacles in some movie montage and become a champion of the fighting game community deeply disappoints me. I will never be able to whisper "I told you so" to the thousands of assholes who've condescended to me over the years. There will be no closure for me.

How would I engage in a game just for pure fun? It feels almost impossible to me -- who doesn’t want to win, to see the ending, to tie it up with a bow? And yet there will always be someone better than me out there, and there will always be another game, another update to the game, another layer of complexity just outside my grasp. It’ll never be finished, only a constant process of revisitation and refinement.

Against friends or strangers, winning has stopped mattering to me; I may lose or win individual battles, but I’ve won the war simply by surviving. I feel pride in the fact that I still exist on these virtual battlegrounds in spite of the number of people who have tried to tell me that I do not belong. I can play for as long as I want to, and no one can stop me.

I’ve been turned away time and time again by men. They seem afraid to lose. If only they knew what real challenge is.