The many inglorious deaths of my virtual fish 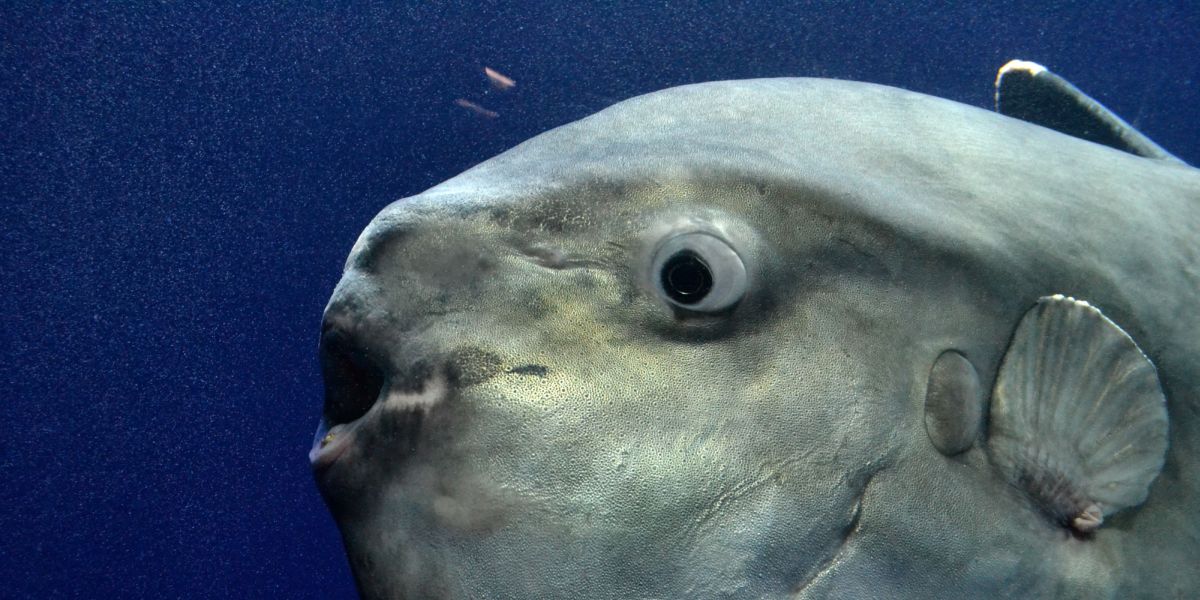 The many inglorious deaths of my virtual fish

It’s four in the morning and my fish has died again. This time, it got the bones of a sardine stuck in its gullet. It’s only a virtual pet, one of countless I’ve alternately nourished and then abandoned. Do you remember what happened to your last Tamagotchi? Your Neopets, your Nintendogs? Remember Digipets? Me neither.

I have this app called Survive! Mola Mola, which puts me in charge of a fragile ocean sunfish (mola mola is the scientific name). My mola can die from anything: eating too many squid, eating a plastic bag because it looks like a jellyfish, choking on shrimp shells, crashing into rocks, swimming into water that’s too cold, basking and forgetting to stop. Its perilous arc from tiny, spiny, star-shaped fry to adulthood is my task to navigate.

The thing is, I kind of want it to die.

Survive! Mola mola is an unusual nurturing simulator, as frequent deaths to your aquatic charge aren’t just impossible to avoid, they’re integral to the experience. Much of it is familiar -- as in most pet-raising apps, you are an omniscient figure whose job is to feed an ever-evolving creature and take it on ‘adventures’. The speed at which you progress toward your goals is mostly limited by the app’s relationship to time, and you can optionally spend small amounts of money to hurry things up.

The surface goal of the game is ostensibly the growth of your comical floating sunfish -- and you, as nurturer, are appropriately gratified by watching your mola gain mass and transition from strange, cute blob to yet stranger flat, gawping beast-shapes. But the ‘adventures’ and foods that make your mola grow also come with statistically-high chances of death.

In the first ‘adventure’ available to you, your mola says it has an itchy body, and you decide to have it leap out of the sea to shake off parasites. But it risks dying when it hits the water again -- yes, your fish can die from water of all kinds. At first, the risk is 50 percent. But the first time your mola is killed that way, the chance of survival increases to 75 percent.

In other words, you die to get stronger. You die to get bigger, faster each time. Each mola is likely to get a little bigger, to live a little longer than the last. And therein’s an interesting tension: You know your successes can’t last, that it’s only a matter of time before your mola’s luck runs out. But you’re craving that moment of sudden death, too, because it means you unlock new and never before seen ends. And it means you’re closer to your ultimate goal: an enormous, hideous ocean sunfish that can live forever. Isn’t that everyone’s dream?

I am on my 14th mola. It is larger and more fearsome than the others, yet the longer it lives I know the less I’ll expect its sudden death. I’ve earned enough in-game points to add forbidding crabs and shelled scallops to its feeding repertoire. Neither food has killed a mola yet, so I cringe every time I tap one. It’s certainly coming, and I feel equal parts enthusiasm and dread at once.

There’s this PlayStation 4 game called Bloodborne that lots of my friends are playing -- it’s part of a series of games that are intentional killjoys, willfully bleak exercises in the denial of gratification. You die a lot until you learn not to. “Blood-Starved Beast” or “Rom The Vacuous Spider” kill you repeatedly. You die a lot until you learn to appreciate the slow pleasure of crawling forward slowly, the thundering adrenaline that comes with knowing how fragile life is.

"Dying in a video game is like losing a tennis match, or getting rejected when you ask a girl out, or looking at a painting and not understanding its meaning,” Spelunky creator Derek Yu told me years and years ago for an article I wrote about Demon’s Souls, to which Bloodborne is a successor. “You'll always learn something and the next time will be better.”

Death is integral to games. When we play, we’re learning systems -- we master our environments through trial, error and the collective lessons of experience. Like babies putting things in our mouths, pulling the cat’s tail or prodding our tiny fingers in light sockets, we test our world to find out what it does. In a video game, death is usually the ultimate lesson: The opportunity to die again and again in a quest for self-improvement is one of the most important things games and simulations offer us, unless you observe certain religions. We can simulate that final loss, and then we can try again, this time to overcome it.

Heavy stuff -- Survive! Mola mola is funny, and only in the late-night madness of my own stunning insomnia and jet lag does my chest ache for the pretend fish, too weird and fragile and ugly to live (“Nooo, this is gonna hurt! Nooooooooooo! Ahhhhhhhhhhhhh!” it wails as it plummets toward the water). Is your fish about to choke on its food? "It was a misunderstanding," the game says, a phrase Mola mola fans have quickly grown to adore.

But still: I looked into the lifecycle of the ocean sunfish to see if the thousand natural shocks I encounter in Survive! Mola mola are true. I like to imagine the game is designed by some devoted sunfish geek, fascinated by the animal’s problems -- that someone out there is a superfan of these hideous, almost prehistoric-looking creatures. Do they really die searching colder water for food, do they crash into rocks?

I read that they really do get body parasites, really do have poor eyesight. They lay more eggs than any other vertebrate, just to give themselves a shot, and their diet is nutritionally poor. Sea lions will rip the fins off these big, flat fish just for fun, playing with them, and then leaving them to die on the seafloor like lonesome bone pancakes. Games are cruel.

Survive! Mola mola is free on iOS and Android stores, but spending 99 cents in-game is worthwhile to get rid of the intrusive ads.