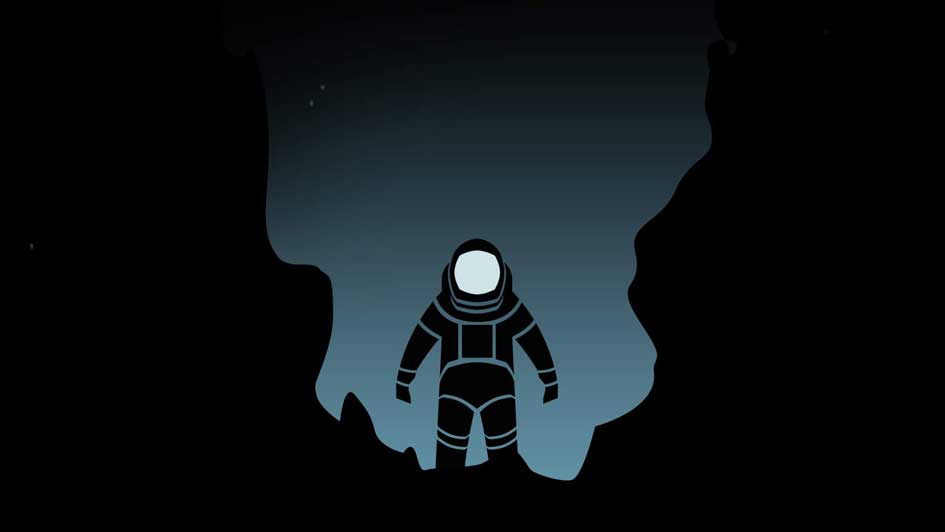 "Who are you texting with?" a friend asked as I kept checking my phone at dinner. "An astronaut stranded on the moon," I answered. It was kind of true.

That's the idea behind Lifeline, a mobile game that makes you the sole point of contact for the survivor of a spaceship crash. The first time you hear from Taylor, a frightened young student who just emerged from an escape pod in an alien desert, the situation is dire. There's no food, no water, no way off the surface, and only one person in range to talk to: you.

There are no graphics, either; instead, you and Taylor communicate through a long series of what are essentially text messages. Your new friend is scared, alone, and uncertain about what to do next, and quickly starts to ask you for advice. Would it be better set out for that mysterious peak in the distance, or camp out the wreckage of the ship?

Taylor will not only live and die by your advice, but follow through on it in real time. If they say that hiking to a certain destination will take about an hour, guess what: it really will. "I'll let you know when I get there," Taylor writes. An away message pops up on the screen that reads Taylor is busy. And then I wait. An hour later in real time, my phone pings again. Taylor has arrived.

Early in the game, Taylor asks you a question: Is it better to spend the night huddled up next to a heat source emitting potentially lethal radiation, or risk the sub-zero temperatures on the moon's surface? I wasn't sure, but I went with my gut: "Camp out by the reactor."

"I gotta be honest with you: I'm really nervous about this," Taylor messaged back. "I guess I won't know till I wake up in the morning."

And then there was nothing to do but wait. But as the hours ticked by, I started to get worried. Did the long delay mean something had gone wrong? When would I hear back? Eventually, I went to sleep as well. The next morning when I woke up, I heard the ping of an unread message and lunged for my phone. "Hey! Check it out! I'm not dead!" it said. I exhaled. Taylor had lived to text another day.

Although you can play the game on an iPad or iPhone—either through the app or right inside the lock screen—Lifeline was designed specifically to take advantage of the Apple Watch, where its short text bursts fit beautifully on the small digital face.

The game was something of an experiment by its creators at 3 Minute Games, writer Dave Justus and designers Mars Jokela, Colin Liotta, and Dan Selleck. But over the last several weeks, it shot up into the top spot for paid apps in the Apple Store, a rather impressive showing for a choose-your-own-adventure text game. "We thought this was a good game, but we didn't know it was going to be the number one paid game," said Liotta. "The response has been overwhelming."

The Apple Store reviews are spangled with glowing praise, mostly about the sense of connection and relationship that Lifeline forges between you and Taylor. The game takes about three days to play if you check in regularly, and what makes it really compelling is how it combines the familiar back and forth of text messaging with the tense passage of time to make your relationship with Taylor—and the impact of your choices—feel surprisingly real.

As counterintuitive as it sounds, there's something about interacting with Taylor through text messages that can feel very intimate, perhaps because we've grown so accustomed to communicating our most personal thoughts with our friends through texts—and waiting for their responses with bated breath.

While some mobile games intentionally frustrate players with waiting periods to compel them to spend money, waiting isn't a coercion tactic in Lifeline, but rather a crucial part of the storytelling experience. If you die several times—or win the game—you can unlock an optional "fast mode" that allows you to skip the waiting periods, although I wouldn't recommend it. While it might offer instant gratification, it also shatters the sense of immersion you feel, flattening the urgency and anticipation of those intermediate moments.

"When people are playing it, it's not just about the time that they're interacting with Taylor," says Justus. "It's all the rest of the time when they're thinking about Taylor. The whole goal was to make something that would become a part of people's lives."

The developers think that the simplicity of the game may actually be part of what has driven its success. "I actually think that the market has become saturated with graphics," says Selleck. "Everyone is trying to do them bigger and better, but what's been lost is the player-driven narrative, our imagination and our ability formulate images and experiences on our own rather than willfully giving up our power of imagination over to developers to narrate them for us."

Rather than relying on visuals, Lifeline transforms Taylor into your eyes and ears, and the only images that you have of the Tau Ceti moon are the ones that you create in your mind. Whether you realize it or not, you have to form your own mental picture of Taylor as well—including the gender of the character, which is intentionally omitted in the story.

"One of the main reasons we choose to do that was that we wanted everyone to see Taylor entirely the way they wanted to," says Liotta, noting that U.S. players were more likely to perceive the character as male, while U.K. players tended to see the character as female.

"All of the choices in the game are binary choices: you make a choice to go left or right," says Jokela. "[Gender] is a choice that we asked the player to make without actually asking them to. It's silent and implicit, but it gives the player ownership over how they view Taylor."

The 3 Minute team originally created the prototype for Lifeline in Twine, a tool for making interactive fiction that is renowned for its simplicity. Most people can learn to use it in a matter of hours, if not minutes, and its accessibility has helped attract a diverse array of new voices to the world of game creation.

"I love that Twine is a platform that anyone can make a game in. A game, fundamentally, is a series of interesting choices," says Jokela, noting that Justus had no experience with Twine and little experience in games before he came on board as their writer. "The last game I played through to completion was Tomb Raider 2," laughs Justus, who is also scripting the upcoming Vertigo comic book Fables: The Wolf Among Us.

After the strong response from players, 3 Minute Games has plans in the works for more real-time games, and as fans of interactive fiction, they're also curious to see what kind of immersive and personal real-time experiences could be developed by the broader community of Twine creators.

"There are so many amazingly great interactive fiction stories out there," says Liotta. "We're really standing on the shoulders of giants, here. I can't wait to see what other storytellers create with these real-time interactions."