"'SB 277 is about increasing immunization rates so no one will have to suffer from vaccine-preventable diseases,' said Sen. Ben Allen (D- Santa Monica) who coauthored the bill with Sen. Richard Pan (D-Sacramento)." Read the rest 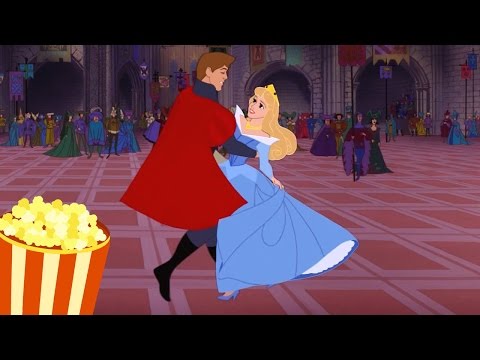 This excellent zombie exercise game is now free to play 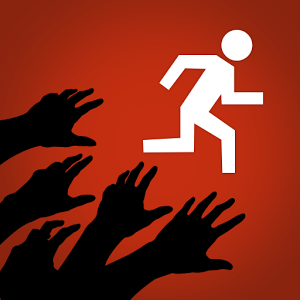 I haven't always loved running, but thanks to Zombies, Run, I can't stop. Read the rest

How awesome does an ASCII art app have to be to command a $50 price tag? 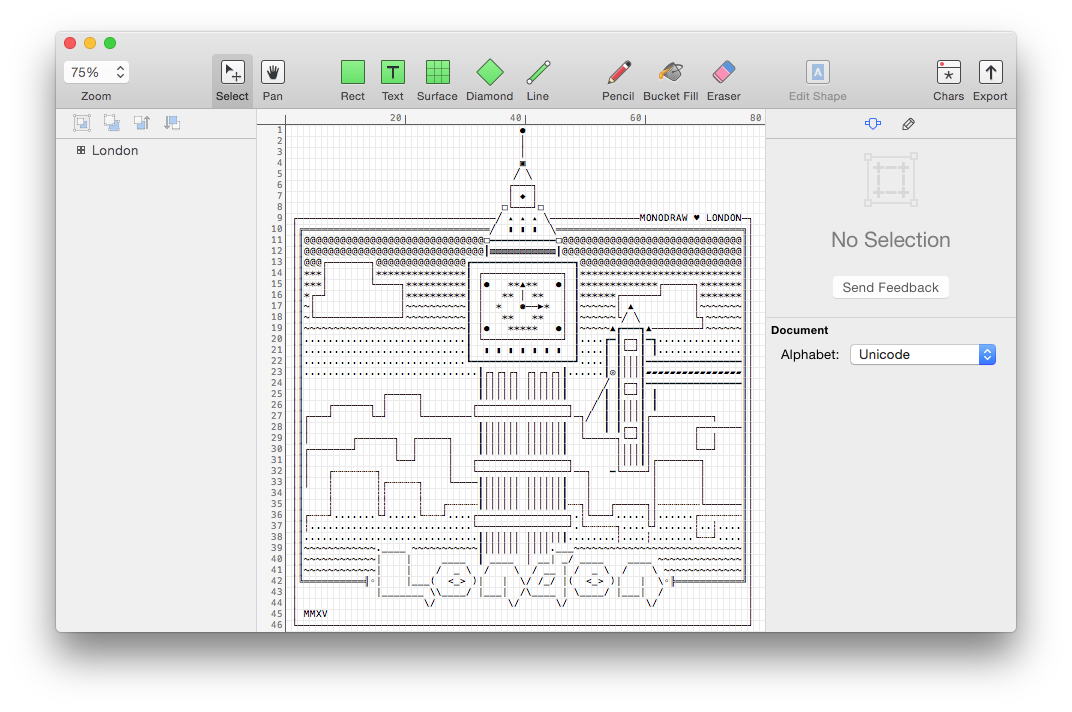 Helftone's Monodraw is an ASCII art app for OS X that's far more versatile than the usual web-based converters and generators—it even has diagramming and mind-mapping features. And, yes, a DRM-free $50 price tag! Read the rest 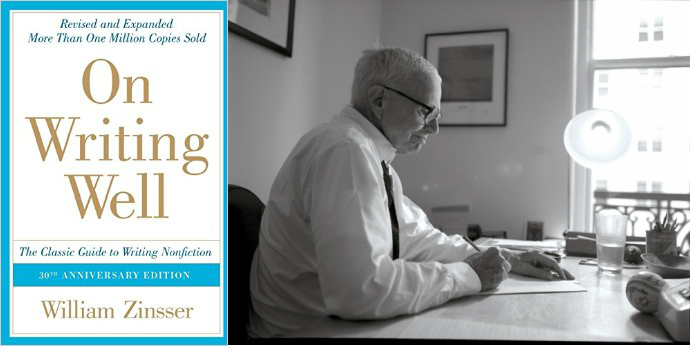 I've read William Zinsser's On Writing Well twice, and it is time for me to read it again. It is not only fun to read and loaded with good advice for writers, but it also inspires me to write. Open Culture honored Zinsser (who died at the age of 92 on Sunday) by posting 10 of his writing tips.

Zinsser stressed simplicity and efficiency, but also style and enthusiasm. Here are 10 of his many tips for improving your writing.

Don’t make lazy word choices: “You’ll never make your mark as a writer unless you develop a respect for words and a curiosity about their shades of meaning that is almost obsessive. The English language is rich in strong and supple words. Take the time to root around and find the ones you want.” On the other hand, avoid jargon and big words: “Clear thinking becomes clear writing; one can’t exist without the other. It’s impossible for a muddy thinker to write good English.” Writing is hard work: “A clear sentence is no accident. Very few sentences come out right the first time, or even the third time. Remember this in moments of despair. If you find that writing is hard, it’s because it is hard.” Write in the first person: “Writing is an intimate transaction between two people, conducted on paper, and it will go well to the extent that it retains its humanity.” And the more you keep in first person and true to yourself, the sooner you will find your style: “Sell yourself, and your subject will exert its own appeal.

Bear and Man terrify each other

Nike Field is an interactive running installation that transforms your portrait into “a Force of Nature.” 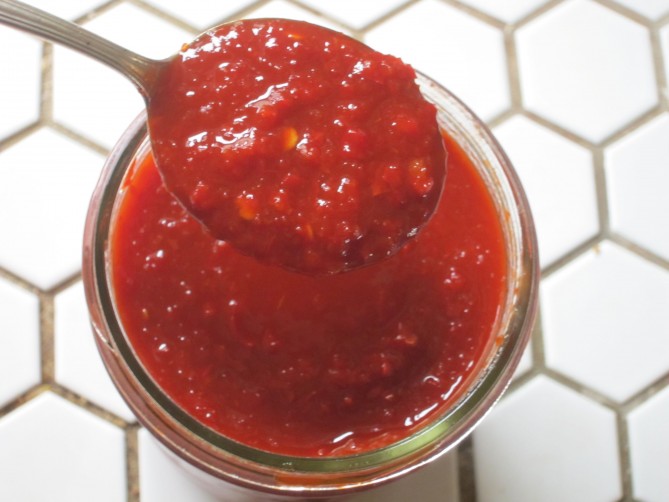 I usually avoid hot sauce because I'm afraid it might contain onions and/or cilantro, both of which are loathsome by any objective standard. Here's a hot sauce recipe from my friends Kelly and Erik at Homegrown Evolution that sounds perfect. Read the rest

“Excited for the new madmaxmovie, so we made this animated gif movie poster for it out of handmade oil paintings.” Read the rest

An important safety reminder about Satan 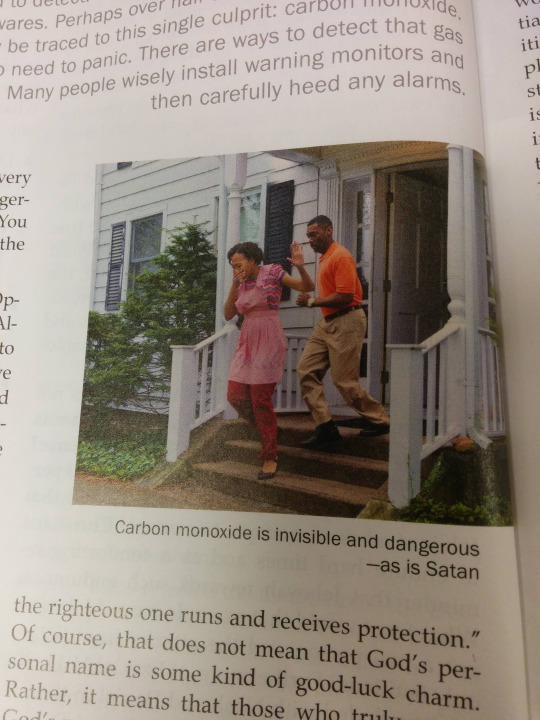 “Carbon monoxide is invisible and dangerous, as is Satan.” Read the rest

Harry Shearer is quitting The Simpsons. Who will take over his characters' voices?

Longtime Simpsons voice actor Harry Shearer announced on Twitter last night that he is leaving the show. Read the rest 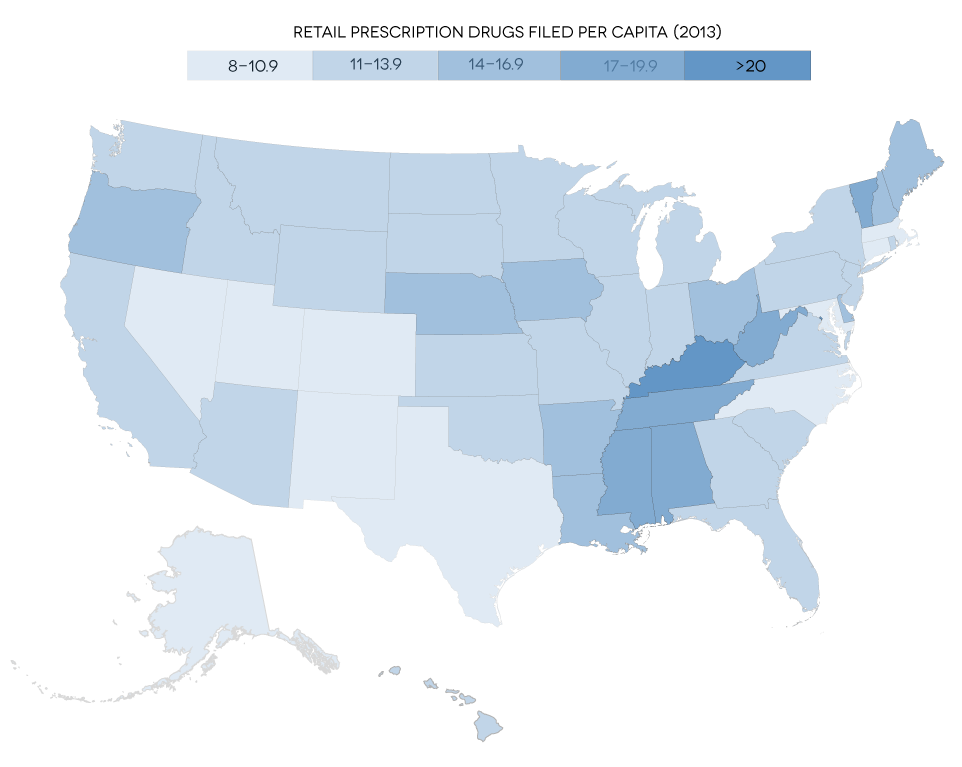 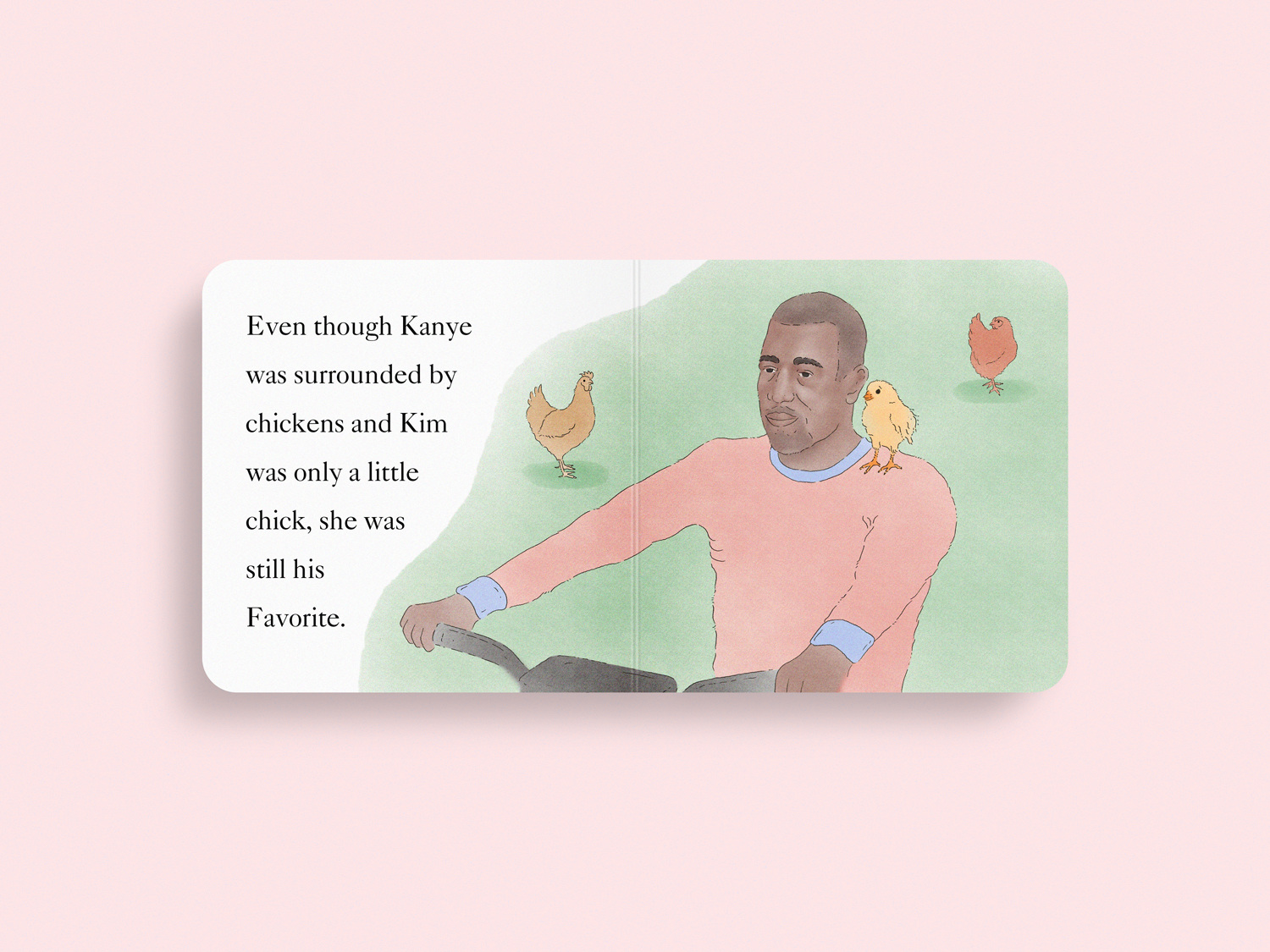 “A translation of Kanye West's 'Bound 2' music video into a children's book.” Read the rest

Bus company pulls topless "Ride Me All Day for £3" posters 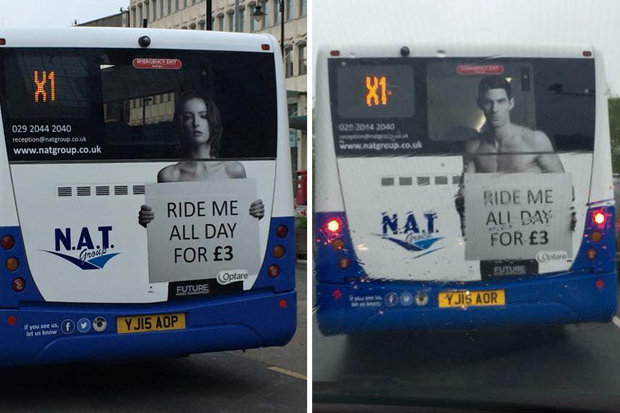 This bus ad for Cardiff-based New Adventure Travel lasted 3 hours before it was pulled. Read the rest 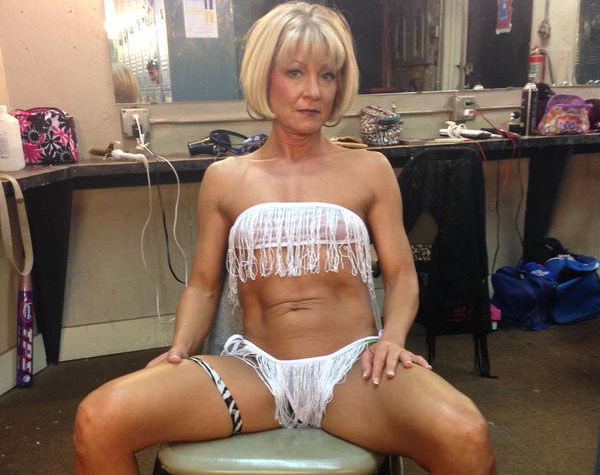 An Oklahoma woman who dances at a “gentlemen’s club” has filed a protective order against State Sen. Charles Perry (R-Lubbock), the homophobic conservative Republican who compared the “spiritual battle” of God-Fearing Americans to the Holocaust when he was sworn in. Read the rest 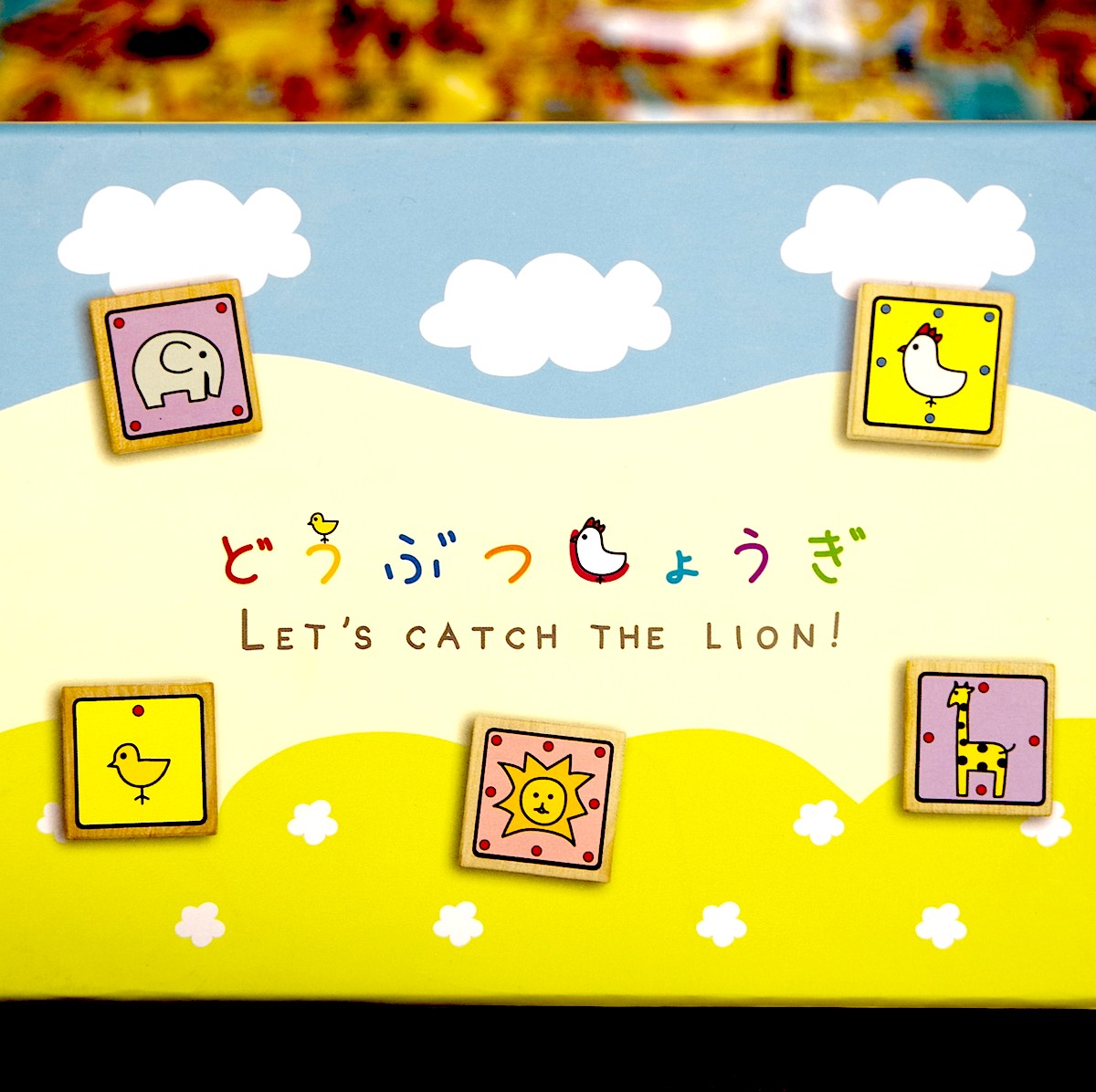 The Japanese game of shogi is an ancient game of strategy and planning, similar to chess. And like chess, with a little effort, anyone can learn to play but becoming proficient takes decades of experience and study. Let’s Catch the Lion aims to make the learning process a little bit easier.

Let’s Catch the Lion replaces the standard kanji-labelled chips with large, sturdy, square wooden blocks. Each block is printed with an animal as well as a set of helpful red circles indicating permitted moves. The standard shogi board is also replaced with a much smaller one (3 squares by 4 squares), likewise printed with friendly animals.

The one caveat is that the provided instructions are all in Japanese. However, by reading a standard set of shoji rules (like those listed on Wikipedia) and studying the plentiful illustrations included in the rules booklet, non-Japanese speaking players can easily learn to set-up and play this most basic version of this most challenging game. And, once this set is mastered, Gentosha offers three more sets, each a little more complex than the one before it. – Joel Neff Read the rest