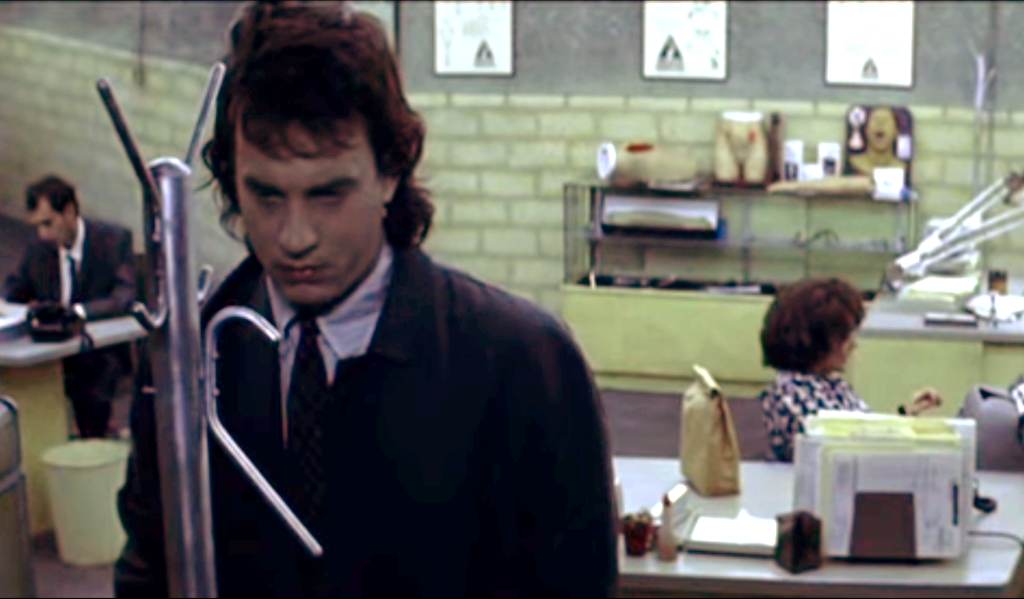 From Dilbert to Fight Club to Joe Versus the Volcano, the world of white-collar drones and managerial ineptitude has long been a goldmine for parody.

The soul-sucking details are so ubiquitous and familiar that in addition to the British and the American versions of The Office, there are also versions in Chile, France, Germany, Israel and Sweden - there’s even a version just for French-Canadians. Each is shades apart, reflecting the differences in culture, but each is also broadly similar in making light of the drudgery and silliness that comes from spending your waking hours hovering near a computer and taking your lunch at your desk.

This episode is brought to you by The Great Courses. Get 80 percent off The Art of Critical Decision Making taught by Award-Winning Professor Michael Robert along with many other fantastic lecture series by visiting this link and ordering today!

This episode is also brought to you by Loot Crate, the subscription box for the geek, gamer, and/or nerd in all of us. Head to this link and enter the code “smart” to save $3 on any new subscription!

“Works sucks.” That was the tagline for Office Space, the 1999 movie which over the years has become a shorthand, a handy reference sheet of inside jokes for use when talking about the oddly broken world of cubicle farms and corporate weirdness that so many of us have endured. In the movie, there is a scene early on in which our hero, Peter Gibbons, tells a psychologist that since he began working as a programmer every day of his life has been worse than the last. So, Peter explains, whenever you see him, you are seeing him on the worst day of his life.

I bring this up because In Lazlo Bock’s new book, Work Rules, he uses that very scene from Office Space to make a point about the lack of freedom in most workplaces. Workplaces around the world engage in “meaningless rituals and bureaucracy,” he says, because most businesses believe it is “faster and more efficient to just tell the team what to do and then make sure they deliver.” He then spends a good portion of the book explaining that this is very, very wrong. In fact, he explains that at Google, where he works, power has been deliberately shifted to workers and away from managers. Managers there can’t unilaterally hire, fire, rate performances, raise salaries, grant bonuses, promote, give out awards or even decide when a project is completed. Why? Because Google years ago moved to an evidence-based model of operations where opinions were cheap, and the evidence suggested there was a better way. To learn that, they did a lot a testing, a lot of experimentation, and gathered an enormous amount of data.

In this episode of the You Are Not So Smart Podcast, we interview Lazlo Bock, head of People Operations at Google, the company’s massive and unique human resources division. In his new book, Bock explains how and why Google does what it does when it comes to everything internal, from perks and promoting to motivation and productivity. In the interview you’ll hear how the company combats confirmation bias, the halo effect, the Abilene paradox, pluralistic ignorance, survivorship bias, and more - all with a mix of behavioral science and Google’s immense power to test and re-test using its unique resources.

After the interview, I discuss a news story about how journalists deal with the fallibility of eyewitness accounts.

In every episode, after I read a bit of self delusion news, I taste a cookie baked from a recipe sent in by a listener/reader. That listener/reader wins a signed copy of my book, “You Are Now Less Dumb,” and I post the recipe on the YANSS Pinterest page. This episode’s winner is Madalyn Radlauer who submitted a recipe for wife cookies. Send your own recipes to david {at} youarenotsosmart.com.

It’s been six years since comic legend Robin Williams died. Robin’s Wish is a new documentary that looks at his final days and the degenerative disease (Lewy Body Dementia) that is attributed to him ending his own life on August 11, 2014. An intimate portrait of Robin Williams and his invulnerable spirit, Robin’s Wish is […]

There's a huge auction coming up of original Hollywood props, and it's a trap

The LA Prop Store is holding an auction of real Hollywood memorabilia at the end of the month: An incredible 870 lots of rare props, costumes and production material from over 350 titles will be going up for auction, with bidding available online, by phone or in absentee. If you have lots and lots of […]

I don’t fully understand how the Steamed Hams Meme began, but this is delightful, so I’ll take it.