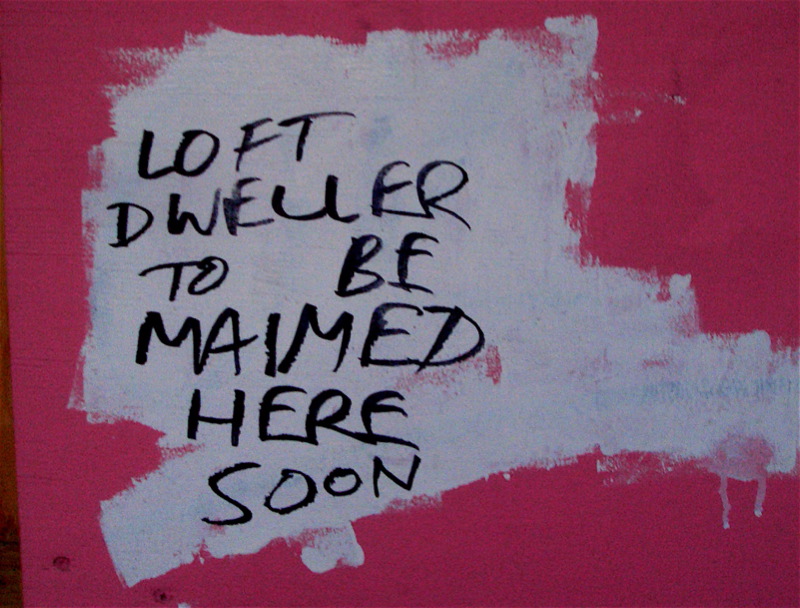 My family is moving to Los Angeles in two weeks. Many Londoners understand intuitively why we're going.

The short version is that we want to live in a city that's a livable place to work, where we can raise our family, and where we can run our respective small businesses. But London is a city whose two priorities are being a playground for corrupt global elites who turn neighbourhoods into soulless collections of empty safe-deposit boxes in the sky, and encouraging the feckless criminality of the finance industry. These two facts are not unrelated.

My office rent has doubled this decade. We live in 600 square feet, up six flights of stairs, and can't possibly afford anything even remotely larger. The last time someone told us what our place was worth, I called him a liar. Then he showed me the paperwork; it's worth as much as it is because someone can tear it down, along with all the other small flats in our neighbourhoods, and replace them with luxury flats.

I've lived in lots of cities that were going through bubbles. Hell, I lived in San Francisco in the late 1990s. But this is different: the bubble here isn't because people are doing (allegedly) exciting things in the city's environs. The bubble here is driven by the place itself. Every single place where people do stuff, or live, is being torn down, to make room for chains and luxury blocks—and nothing much else.

It's awful. We're not poor. In any other city, and by national standards, we are the one percent. Low-income people we know and live near are in much worse shape. For one thing, they can't leave.

A generation ago, squatters might have sneered at me as "gentrifying scum." Now, the titans of finance and extraction sneer at me as someone who's occupying land that could be put to better use by being "redeveloped," left largely empty, then flipped a decade later to someone even richer.

Why Los Angeles? I've lived there twice before. Both times, I found my neighborhood to be walkable, full of independent companies, and packed with people making cool stuff without any of the much-vaunted Los Angeles phoniness.

The USA is putting curbs on surveillance, expanding its national healthcare, and there are mass parental boycotts of standardised testing in its public schools. The UK just elected a Tory majority government that's going to continue to slash and burn the welfare state, attack schools, health, legal aid and teachers, and impose mandatory cryptographic backdoors in the technology we use to talk to each other. They've even announced that merely not breaking the law is no reason to expect that you won't be arrested.

Don't take my word for it. Read Rowan Moore's outstanding Observer piece on the decline of London as a living city, and it's rise as a symptom of the crony-capitalism system. It summarises my feelings about leaving the city I adopted (and the country I took as my own) better than I ever could.

Even when the planning system protects, for example, the use of a location as a shop or restaurant, it has few ways of defining what sort of place that might be. It cannot tell the difference between a shop such as José Cardoso’s and an Asda, or between a gay pub with decades of social history and glass-walled retail unit at the bottom of a new tower of flats. Places can now be designated “assets of community value”, which gives local groups the opportunity to come up with bids for such sites, but it does not seem to be making much real difference. Efforts to insist on retaining some workspace in Hackney Wick are unlikely to provide space of the type and price that local businesses need.

At the same time, local authorities have had their budgets assaulted, which puts pressure on them to come up with money in any way they can, which helps explain why boroughs such as Lambeth want to make as much as they can out of the property they own in places such as Central Hill. It is also the reason why libraries and day-care centres have closed or are threatened.

Which brings us to an outrageous inequality in the government’s attitude to austerity. The deregulation of the restrictions on conversion of sites from other uses to residential is in effect a colossal gift to those lucky enough to own them; a jackpot, a shower of golden coins from a vast, state-owned slot machine. At the same time, local authorities are bullied and squeezed into surrendering their assets, at whatever cost to their residents and tenants, just to keep financially afloat.

Beyond this inconsistent generosity is the failure by national government and London’s mayor to face up to the scale of the issues involved. London’s population is expected to reach 10 million by 2031, which would be 150% of its mid-1980s level, within the constraints on expanding sideways set by the green belt. This is a vast challenge that is about more than counting bedrooms. “Of course there’s a housing crisis,” says Harding, “but there’s also an employment space crisis. It includes highly professional artists and creative businesses, the self-employed and sole traders that are the future of employment.”

London: the city that ate itself [Rowan Moore/The Observer]