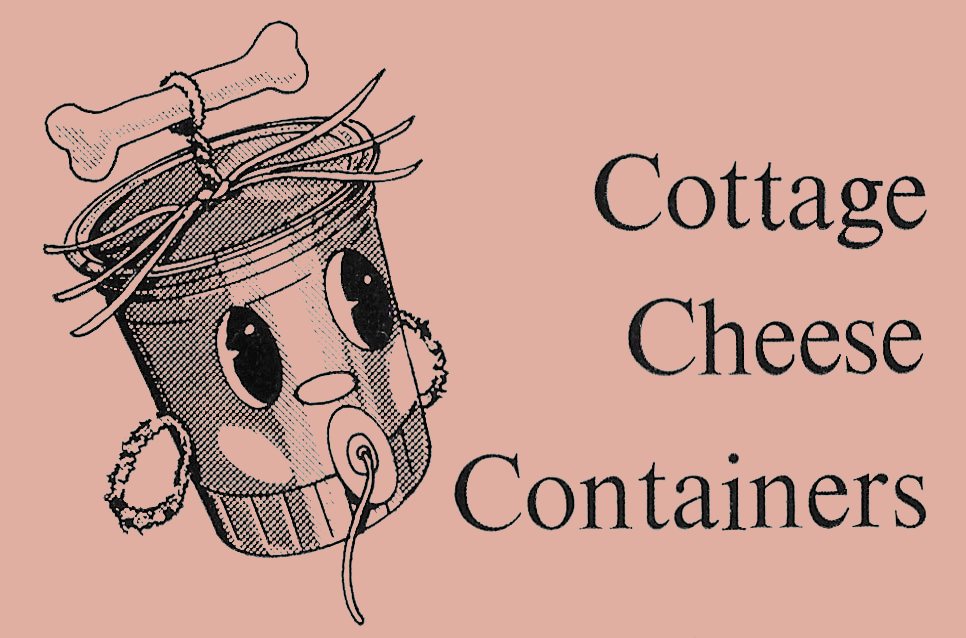 Head Hunter String Holder: a craft from the final gasps of the ethno-human-novelty era of racist tchotchkes

Safe to assume the head hunter in this application is not a white-collar employment recruiter, but a member of some ambiguously exotic indigenous tribe who takes no prisoners; either claiming the heads of his victims prior to a meal of human flesh, or as a souvenir of a victorious battle. What’s not entirely clear, however, is whether we’re looking at the head of the hunter or the hunted – but for the maker compelled to repurpose their cottage cheese container with absolutely no regard for anthropological accuracy or concern for offending their head hunter friends, this how-to circa 1967 enhances one’s kitchen with an adorable googly-eyed man-eating killer who’s also a useful countertop accessory, if you happen to use a lot of string. And he’s even sporting a decorative humerus bone harvested from one of his unfortunate combatants.

Why was head hunting chosen as a theme for a kitchen item? Is it the association of the cutting, cooking, and eating of meat, or does it have something to do with the illusion created by the string hanging from his mouth? Is it supposed to look like this endearing savage is salivating over his next human meal? Testing al dente vermicelli? Removing a tapeworm? Other blanks that need filling: the full story behind that bone in his hair, and whether or not he knows anything about the disappearance of Michael Rockefeller.

Indigenous-looking brown-skinned people inspired many a mass-produced knickknack through the early-to-mid 20th Century. Cookie jars and salt & pepper shakers celebrated cultural diversity in colorful – but not entirely flattering – cliché. Caricatures of scrappy-looking Caribbeans adorned cocktail glassware and were shaped into bottles of rum, while Chinese rice field workers and jug-carrying Nubians made for stylish TV lamps, bookends, and planters; The sombrero and serape-draped Mexican was seen dozing beneath many a cactus in a variety of dust-catching figurines and functional forms. The Head Hunter String Holder is a lowbrow DIY strain of that genre, and one of its last stops, squeezed from the final gasps of this ethno-human-novelty era of racist tchotchkes.

Exotic tribal folks skewed considerably less adorable when seen clubbing pigs for a five-year feast in the grindhouse-vérité cinema of the early 1960s that began with Mondo Cane. Cannibal exploitation films like Ultimo Mondo Cannibale (1977) and The Man from Deep River (1972) didn’t help matters either, sensationalizing the realities of the primitive in lurid, living color. Not nearly as cute or well-groomed as their cartoon counterparts — and less conducive to a kitchen motif than previously thought — the live-action head hunters of R-rated movies effectively killed off mid-century primitive preciousness by the late 1970s. Even the glitter-flecked pipe cleaner hoop earrings, as suggested in the instructions for the head hunter here, do little to redeem his impish appeal.