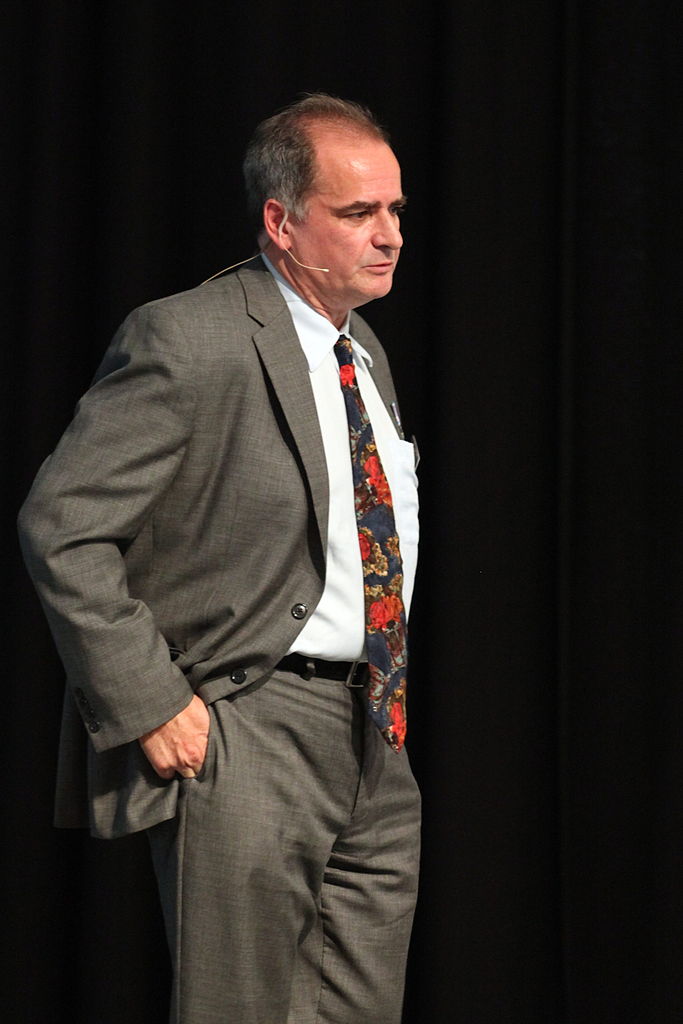 I met Caspar in 2001 while working for EFF; he was working for the Foundation for Internet Policy Research, which tirelessly lobbied the Lords and Parliament on the new surveillance powers that the Blair government wanted to bring in.

He was tireless, fierce, and had an encyclopedic knowledge of privacy legislation, regulation, and technology. He went to Microsoft for a while to be their main privacy advocate, beat his brains out on that gig, walked out with his head held high, and went back to shit-disturbing for activist groups.

I knew he had fast cancer, but this news was still a gut-punch. He was practically the model of what an activist could be: someone with integrity who could go from community meetings to street marches to think-tanks to a Parliamentary inquiry to a board-meeting without ever sacrificing his integrity.

So long and thanks for all the fish, Caspar Bowden. [Malavika Jayaram/Medium]

I write this to share my grief at his passing, but also my anger at him for — typically — making himself scarce without enough notice. I knew he was ill. Having had a family bereavement, I wasn't able to make it to France to visit him in the hospital. But we emailed and tweeted often, hanging on to dark humour and the genius for British understatement as he had tests done and diagnoses returned. As soon as I heard of his passing, I tweeted that the only photograph I have with him was — fittingly — taken outside the stage production of 1984 in London. I invited him to see it after a conference at the Royal Society, having managed last minute returns to the sold out show. His refusal to carry a cell phone made coordination almost impossible, yet he showed up a few minutes late, thanking me for having enough faith in him to blow money on his ticket without having had a response to my email. The usher offered him a copy of the synopsis to follow, having sequestered us with other latecomers in front of a screen until they could sneak us in during a lull. I will never forget the look on his face then; horrified that anyone should doubt that he knew every line of the play, let alone the intricacies of the plot.

We emerged from the play, both delighted that it still had the power to horrify and chill us, strangely relieved that working in the space hadn't rendered us immune or blasé. Walking by the poster outside the theatre, I suggested a selfie. He laughed, knowing it was the least likely thing for either of us to want, and agreed it would be the pitch-perfect ending to the evening. That is the only picture I have of my dear friend and rabble-rousing comrade.

Caspar frequently had the frustrating experience of seeing his most pessimistic predictions disregarded as alarmist, only to turn out to be true all along. His final illness came just as Britain's Prime Minister once again made the call to eliminate strong encryption and insert dangerous and futile backdoors by force of law. Caspar passed away before he had the chance to see victory in this new, old, battle, but he left us with over twenty years of piercing analysis and compelling arguments to continue his work. It's now up to us to fulfill his wishes in compliance with the high expectations he always expected and lived by.

Long before the Snowden revelations, Caspar was warning of the nature of a huge range of privacy invading behaviour, commercial and governmental, and the facilitating evolving regulations round the world; not least the US Foreign Intelligence Surveillance Act 1978 (FISA) and the FISA Amendments Act 2008, in particular s1881, subsequently implemented as s702 FISA, Procedures for targeting certain persons outside the United States other than United States persons. His report, "The US surveillance programmes and their impact on EU citizens' fundamental rights", for the Civil Liberties, Justice and Home Affairs (LIBE) committee of the EU parliament is the definitive document on the subject.

It was Caspar's insistence on publicly spreading the word about this s702 'guilty of being a foreigner' provision of FISA that he recently explained led to his parting of the ways with Microsoft.

Caspar was a big believer in a Rawlsian model of justice, a stickler when it came to the universality of human rights and was unstinting in his criticism of corporate or government entities or agents who sought to undermine those rights and principles; and even of US civil rights organisations who he felt passively endorsed the notion of better rights for US citizens.

He was a member of the board of directors of the Tor project. In recent times had become convinced of the potential of Qubes to form at least part of the technical architecture of a counter-insurgency against the seemingly all powerful, unstoppable erosion of personal privacy, by corporate and government agencies and others.

Between 2002 and 2011, he worked for Microsoft, giving advice on privacy to Microsoft's national technology officers in 40 countries. However, he soon came to see Microsoft as a threat to privacy. As he told The Guardian in 2013, "I don't trust Microsoft now."

As a result, Bowden shifted to using entirely open-source software and stopped using a mobile phone, well before Snowden revealed they were vulnerable to surveillance. In an important 2012 report co-written by Bowden, the advocate pointed out that the NSA was permitted by US law to spy on everyone outside the US. After Snowden confirmed these fears in June 2013, Bowden wrote another detailed report for the European Parliament in which he analysed the impact of NSA surveillance on European citizens' rights.

Caspar frequently had the frustrating experience of seeing his most pessimistic predictions disregarded as alarmist, only to turn out to be true all along," said the EFF's international director Danny O'Brien.

"Among a community filled with perceptive advocates for a better future, Caspar Bowden stood out as one of the most prescient and the most determined. With a far-reaching knowledge of both policy and technology, he was frequently years ahead of his contemporaries in identifying upcoming issues, and never hesitated to transform his own life and career to better meet those challenges."

Speaking to technology and security news site The Register, Privacy International's Gus Hosein said: "[Caspar Bowden] was a fervent believer in privacy, and technology's role in creating and ensuring it. He hacked legislation to see what it was that governments were trying to do and called them on it."

Mo< Very few people I know can combine a rigorous grasp of first principles and unswerving moral sense with the ruthless attention to detail and relentless practicality required to do something about them all. Caspar could. And did.

I met Caspar, like many people did, as I started to campaign in 'his' territory. He was by no means the only person who helped school, support and tool me up to fight the ID scheme and a whole series of other pernicious database state assaults on privacy, civil liberties and human rights – but he was one of them, and he was always there when I needed him.

Making introductions, feeding me (sometimes literally – we both enjoyed a good steak!) with academic papers, articles and legal insights I needed to better understand the nature of the battles we were fighting. Bouncing around ideas, playful with technology and always willing to talk through tactics and, as I expanded my frame of reference, strategies; we were both angry at injustice, and we both understood we were fighting a war against almost overwhelming odds.

Where others would have been slowed down by false reassurance, or given up in the face of intimidating detail, Caspar would read the legislation, read the code, understand the context, and keep going until he had a way forward. Once the analysis was clear, and the solution formulated, he would set about communicating it, with the same dogged enthusiasm.

I think this led to a naive but highly infectious pair of assumptions: everybody will want to understand important problems; and everybody will want to fix them. As emotional and intellectual positions, these are worth a shot. Most campaigners are defeated, not by absolute power, but by apathy and obfuscation. Caspar was eager and primed to sweep both of those barriers away. He was ten years older than me, and when I was in my twenties, hanging out with Caspar, he was founding FIPR. Caspar made campaigning on technical issues look normal, and I am very glad to have known him.