TOM THE DANCING BUG: Nate the Neoconservative Gets It, and You Don't! 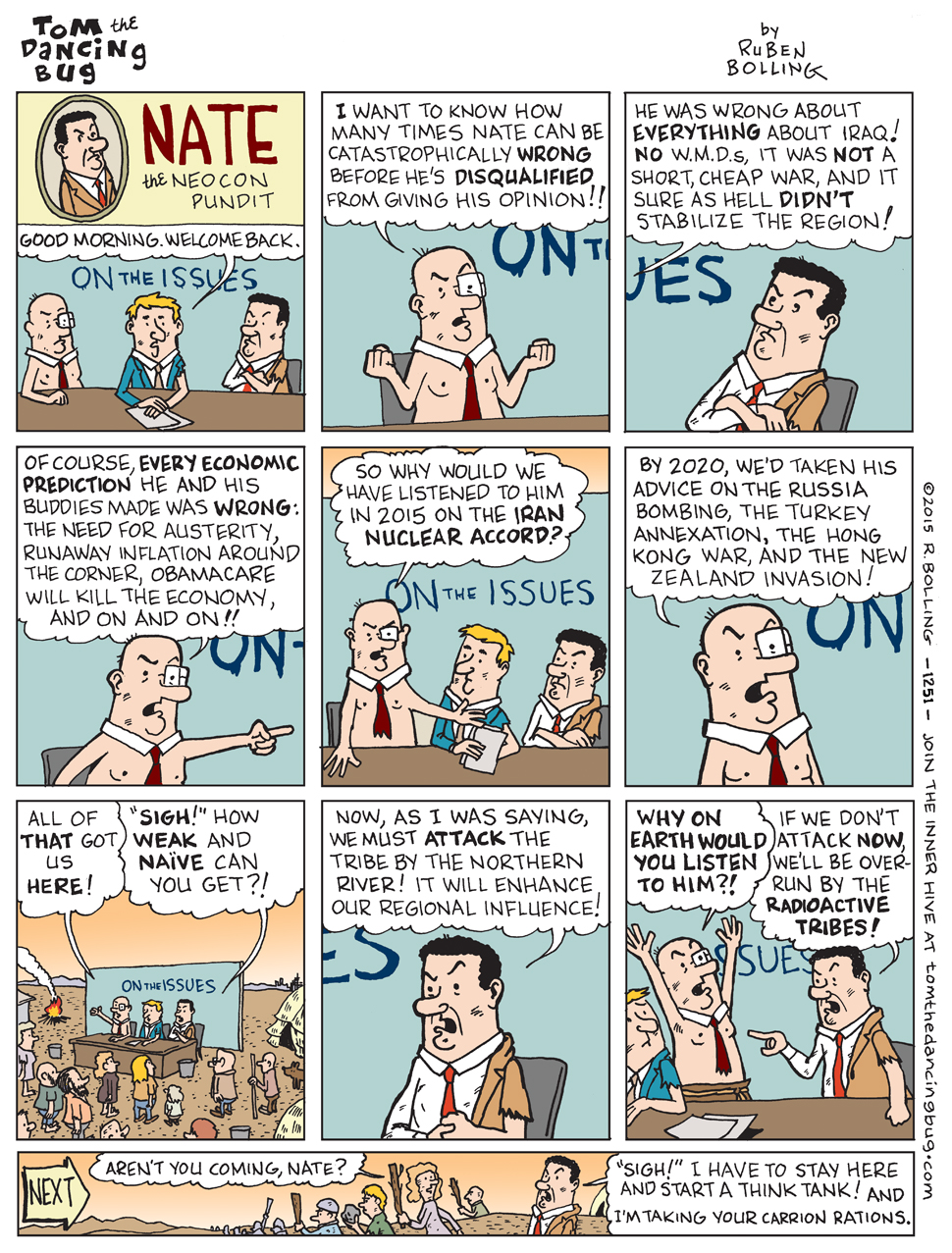 Tom the Dancing Bug, IN WHICH Nate the Neoconservative is the only Serious Thinker about policy and strategy! "Sigh!"