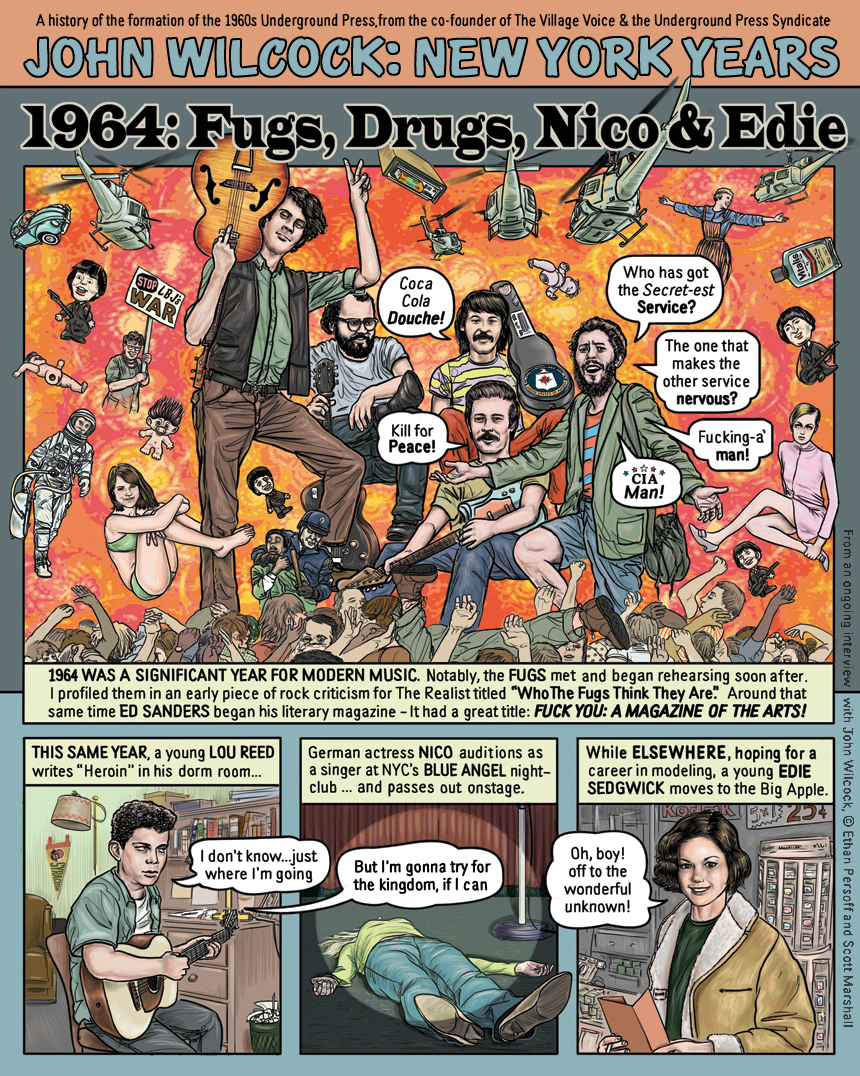 LISTEN: WFMU's Ted Barron recently played the very uncommon 1965 Pickwick demo of Heroin. Hear it at this link. | (Link to the full playlist)

ALTERNATE EARLY VERSIONS:
Reed also recorded other alternate versions with John Cale. This Youtube clip collects most of these; all are very different than the Pickwick recording linked above.

FUGS SUPPLEMENTS:
There are three Fugs songs in this week's Wilcock comic. Enjoy all three here:

For more on Ed Sanders' magazine Fuck You, A Magazine For the Arts, see this overview from Boo-Hooray, (along with this interview), and this complete cover archive from the William S Burroughs site Reality Studio.