The Miracle of Consciousness 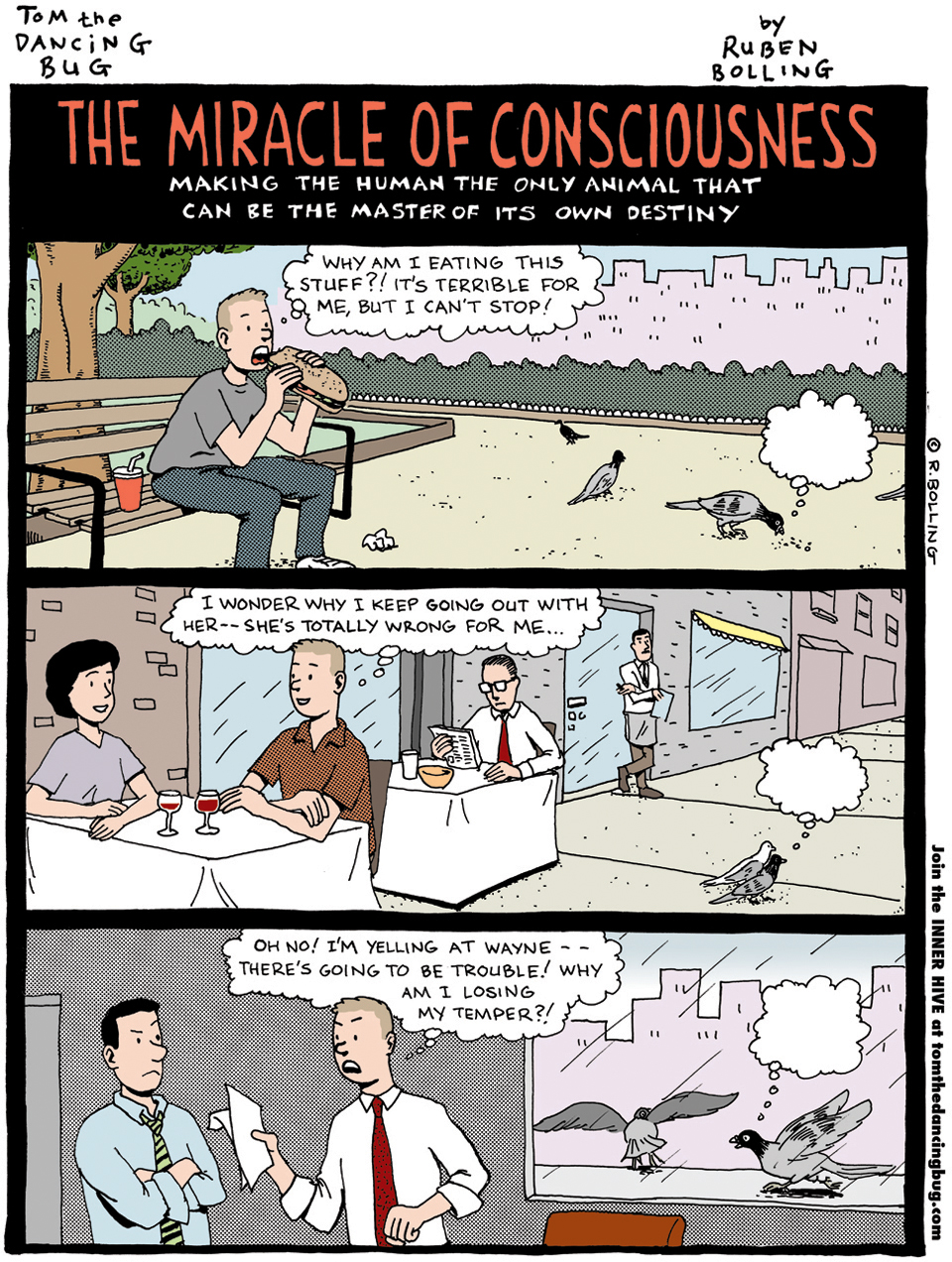 Tom the Dancing Bug, IN WHICH consciousness makes the human the only animal that can be the master of its own destiny.