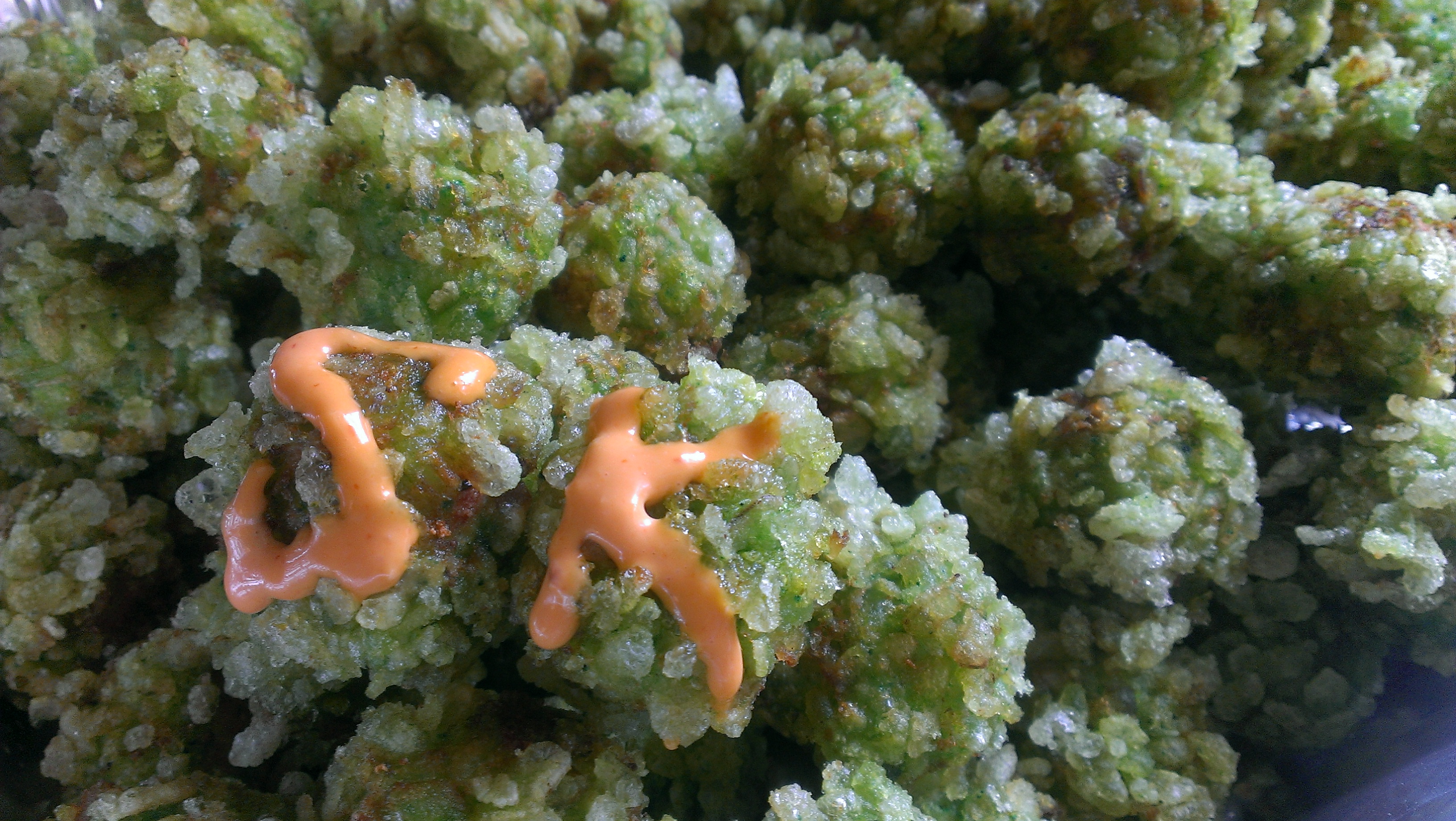 We're very excited to announce that Starry Kitchen, the fun-loving pan-Asian pop-up restaurant darlings of social media, will be joining us at Boing Boing's Weekend of Wonder. And we'll be noshing on some of the delicious, freaky creations you see right in this blog post.

The foodie funsters behind Starry Kitchen started their project five and a half years ago as an illegal underground operation running of out of chef Thi “Kitchen Ninja” Tran and her husband Nguyen’s North Hollywood apartment.

"SK" quickly rose to the #1 Asian Fusion dining spot in the city on Yelp, and gained a loyal fan base that eventually followed them to downtown LA pop-up locales at California Plaza and Chinatown.

Los Angeles Times restaurant critic Jonathan Gold has featured the restaurant on his “101 Best Restaurants” list for the past two years, and their story has been told in LA Weekly and The New Yorker, among other publications.

You may recall my “marijuana dinner” blog post with these guys. Our Weekend of Wonder dinner will not be featuring this ingredient, but it's a fun example of the kind of craziness they're capable of.

Nguyen is often most recognized sporting a banana suit and carrying a whiteboard sign proudly proclaiming “please enjoy our balls in yo’ mouth” – that’s a reference to their signature (and addictive) Crispy Tofu Balls.

PrintsonWood.com is sponsoring the Starry Kitchen dinner at our three-day extravaganza, and during the event the guests will get a quick tour of the office highlighting the 200 solar panels on the roof, the upcycling of the scraps of wood to Habitat for Humanity, and the funds the studio donates to save the rainforest with every order.

During the tour guests will see how PrintsonWood.com takea a large sheet of sustainable wood, cuts it down with a CNC machine into small wood panels, which are then directly printed on with a large flatbed printer.

Boing Boing pal and artist Coop will be there to sign this limited edition print exclusive to WOW guests only. They will not be available anywhere else.

Can't wait! There are still a few tickets left. The price includes much more than just the fun workshops, performances, and magical experiences-- we're going to be eating some amazing food, staying in a glorious old Southern California resort with 19th century Mission style, and much, much more. You gotta come.

Starry Kitchen does Star Wars at the LA Food Fest