Step Aside, Pops: a new Hark! A Vagrant! collection that delights and dazzles 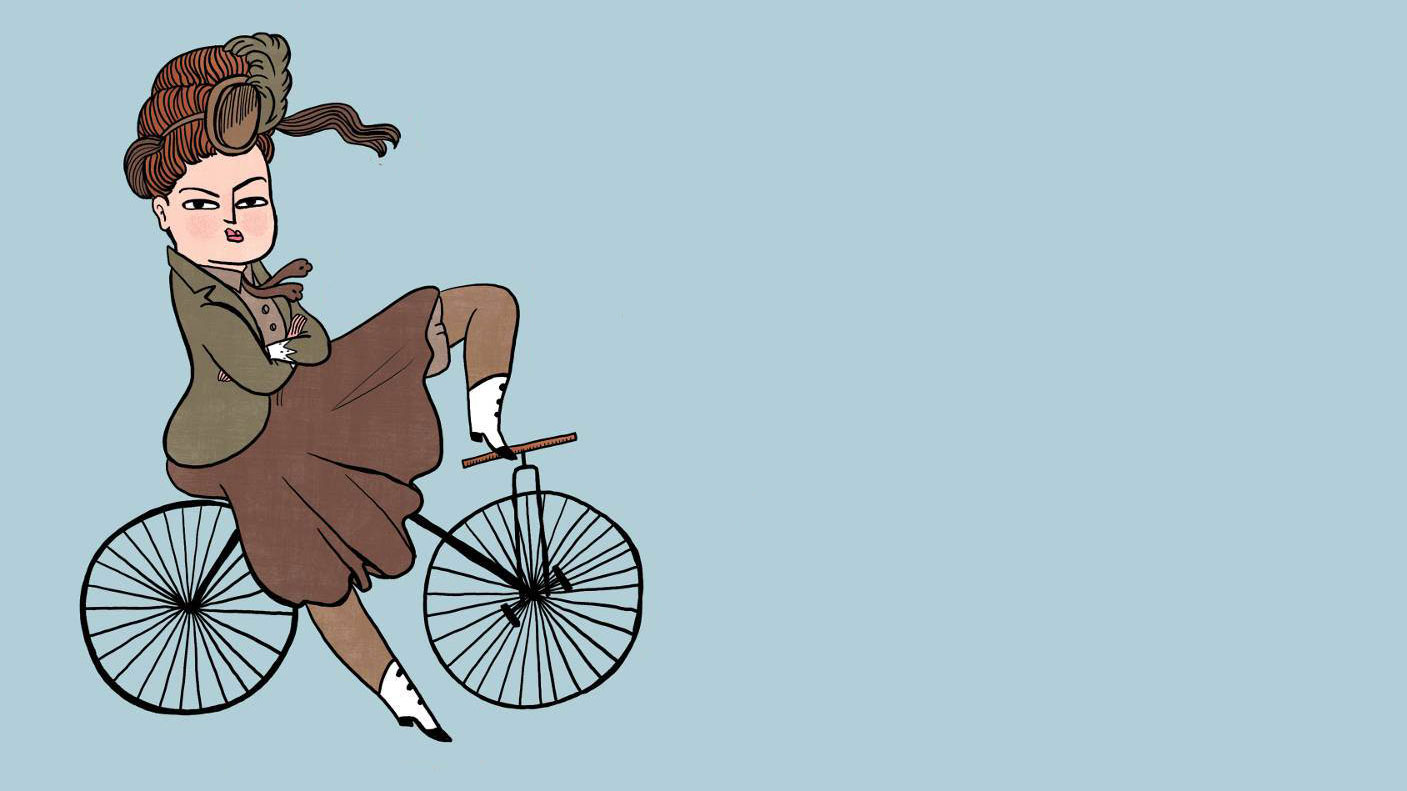 Step Aside, Pops: a new Hark! A Vagrant! collection that delights and dazzles

Canadian historian turned webcomics god Kate Beaton is back with her second Hark! A Vagrant! collection: Step Aside, Pops. Never before has history been so bitterly funny.

Kate Beaton's Hark! A Vagrant strips are some of the most fun you can have on the web. Political -- because history is always political -- but also funny -- because comics should always be funny!

The first Hark! A Vagrant book was a kind of best-of from the many years of the strip's history, a survey course in Beatonology. But with that pleasant business behind her, Beaton was free to use this second, even better book to show off just how rocking she is when she's not doing super-funny four-panel strips and is instead experimenting with the form, pushing at it from every direction.

Take the Straw Feminists, who are not historical at all (it's pretty experimental to do a history strip with no historical elements -- it's contemporary political satire. Brilliant, too -- this has scrolled by on my Tumblr dashboard about 50 times and I've laughed aloud each time.

Also in the not-exactly-historical vein: the extended, shaggy-dog version of the life's story of "Come on, girl, don't be like that" guy from Janet Jackson's "Nasty Boys" story. Like any good shaggy-dog, it's got multiple punchlines and false conclusions -- and like any Beaton comic, each is funnier than the last.

But hark! It's not all contemporary shaggy dog argy-bargy trenchant feminist comedy! It's also ass-kicking, medieval++ weirdness that is also very, very funny. In Broadside Ballads, Beaton draws a series of strips drawn from the stock art used for "broadsides" on which cheap ballads were recorded and riffs like crazy.

What a total insensitive dick that Paul skeleton is.

This is Beaton in her purest distilled form: historical personages being funny, with comedic body-language to die for. Just look at that last panel!

Never forget that Beaton is both an historian and a Canadian, and that comics are the tools she uses to bring neglected stories of great people to life. Her series on Tom Longboat (athlete, war hero, First Nations person) is a case in point:

Beaton deserves the Governor General's award for this one. If you'd like to get your kids primed for Beaton, try her just-published, most excellent picture book: The Princess and the Pony

Here's one more taste, before I send you off to get your own copy: Beaton included an index in her book (because historian) and a quick perusal of same will give you an idea of her breadth:

Step Aside, Pops: A Hark! A Vagrant Collection [Kate Beaton/Drawn and Quarterly]