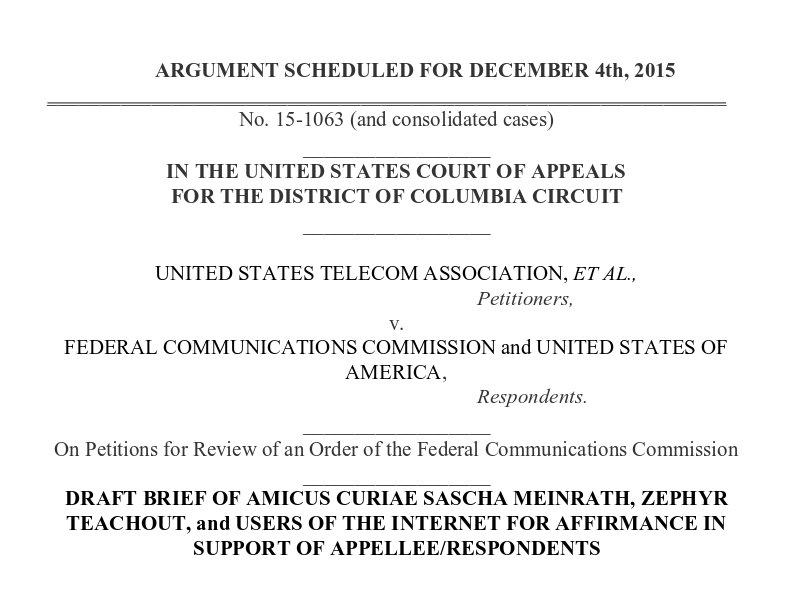 David from Demandprogress writes, "There's another opportunity for activists to weigh in in the Net Neutrality fight. The cable companies tried to kill new Net Neutrality rules at the FCC, and then in Congress. We've beat them back at every turn so far, but the fight's now moving to a new flank: The courts. The cable industry has sued to vacate the rules -- they're even arguing that Net Neutrality is unconstitutional because preventing the companies from controlling online data flows is an infringement of corporate free speech rights."

Briefs from Net Neutrality supporters are due on Monday, and you have a chance be heard in court: Zephyr Teachout and Sascha Meinrath are leading a "People's Brief" that tens of thousands of Internet users have signed on to. It argues that The People's speech rights are what's really at stake here, and that the sort of activism that got us these Net Neutrality rules wouldn't even be possible if the cable companies started bending the Internet to their interests.