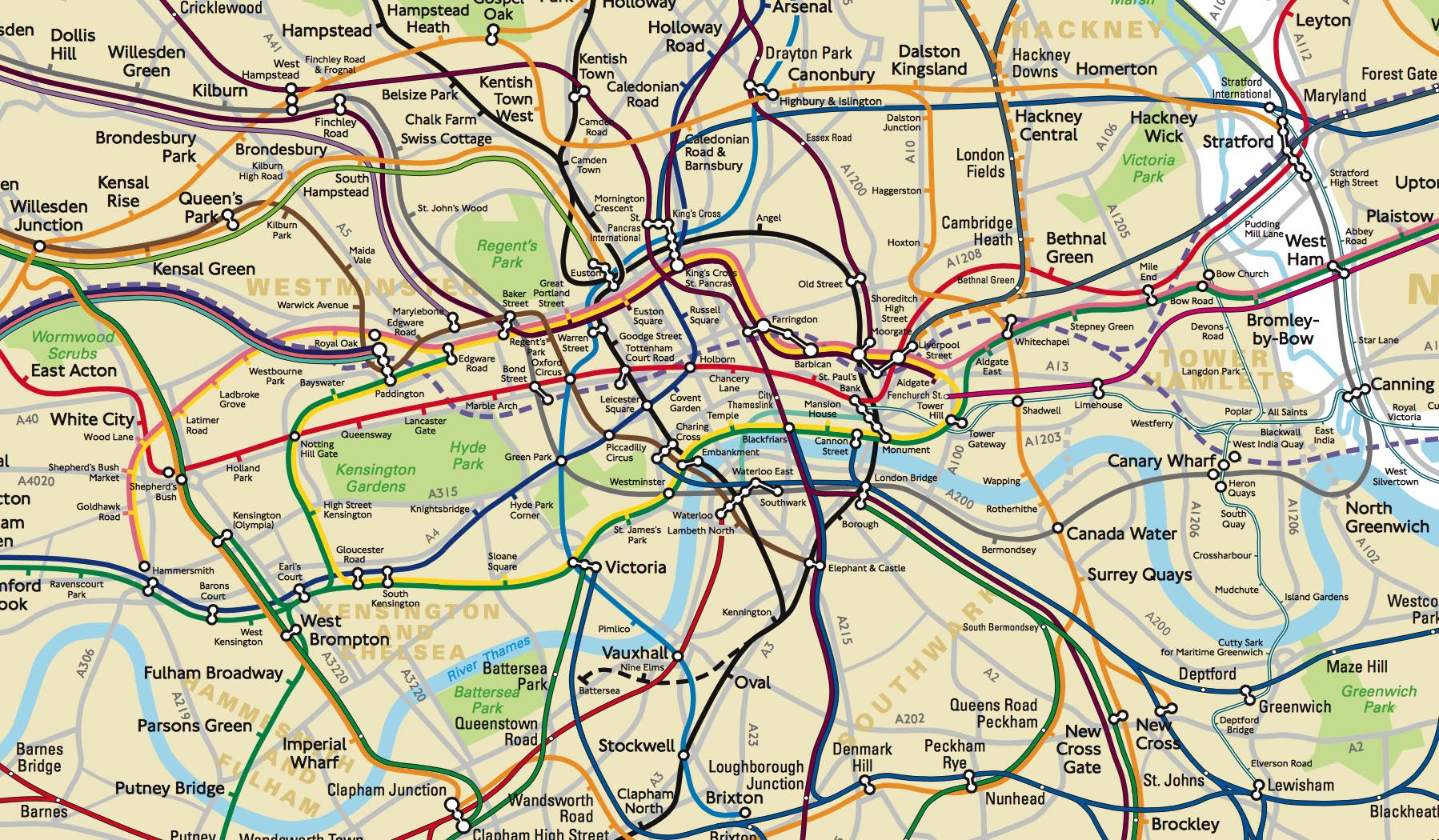 London's subway system switched early to an abstract map (PDF), and it became a legendary work of design. It just published an internally-used geographic version of map (PDF), however, for the first time in a century—and it's awesome.

Extinction Rebellion's Sinking House is a protest art-installation in the form of a suburban house drowning in the Thames. They launched it early last Sunday.