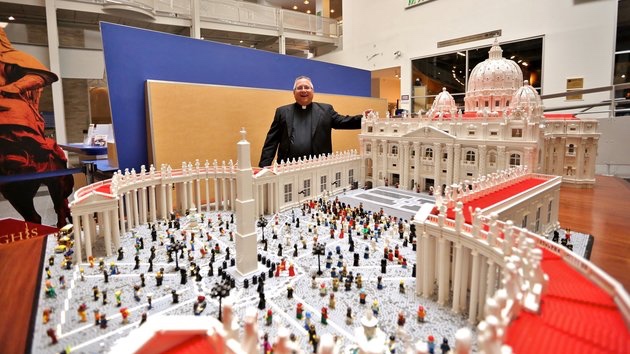 Father Bob Simon spent nearly a year of his free time building this intricate LEGO model of the Vatican, now on display at Philadelphia's Franklin Institute adjacent to the "Vatican Splendors" exhibit and "The Art of the Brick" LEGO sculpture exhibit currently on view at the museum. Apparently, Simon built a smaller version of the LEGO Vatican while in junior high school. The current model consists of approximately half a million parts and includes a LEGO pope on the balcony overlooking St. Peter's Square. (Associated Press)