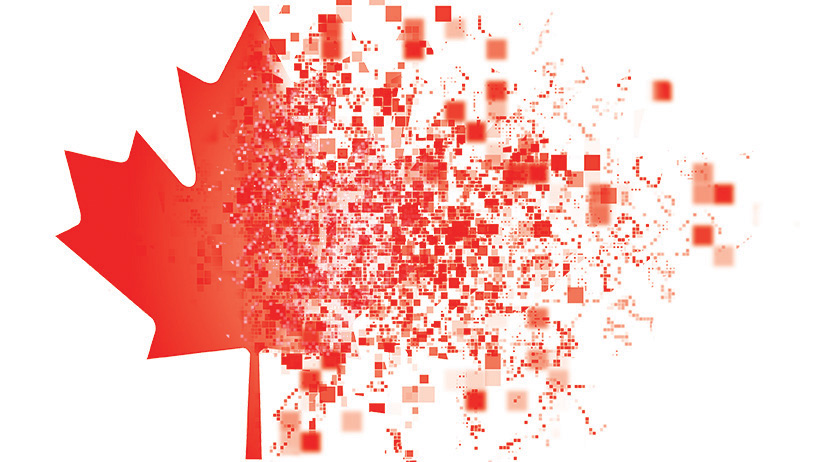 The Canadian Conservative government's war on science, statistics and evidence have been a great boon to its ability to create policy that helps its friends and destroys the country, but the deep and arbitrary cuts to science and statistics have eroded Canada's ability to know what is happening in the country to a terrifying extent.

Even as other countries are moving to "open data" as a matter of course in government policy, Canada has embraced a deepening, suspicious secrecy. Data that used to be open is gone -- but ministers like the outgoing Tony Clement praise the openness of government with a straight face.

Reading Anne Kingston's story in Macleans was like being on the receiving side of a boxer's speed-bag practice, one punch after another, one bad policy after another. I pasted in a very small sample below, but if there's one article you read in full this weekend -- whether or not you're in Canada -- this is the one. If you want to understand how a digital transition in government can be a stealth attack on the very idea of truth and knowledge, read this.

Canada has a new underground of scientists and statisticians and wonks who've founded a movement called LOCKSS -- "Lots of copies, keep stuff safe" -- who make their own archives of disappeared data, from the libraries of one-of-a-kind docs that have been literally incinerated or sent to dumpsters to the websites that vanish without notice. There's an election this October -- perhaps we can call on them then to restore the country's lost memory.

Economic considerations are cited routinely to justify cutbacks in collecting, analyzing and digitizing information. A closer look at recent data erasure, however, suggests it runs counter to sound economic strategy. The glaring example is the elimination of the mandatory long-form census, a detailed survey of Canadians taken every five years. Its replacement, the voluntary National Household Survey, added $22 million to the cost of the 2011 census; the response rate dropped from 94 per cent in 2006 to 69 per cent, which makes the data totally unreliable. “A response rate of 75 per cent is the minimum required for sample accuracy,” says StatsCan’s former chief statistician, Munir Sheikh, who famously resigned in 2010 after Tony Clement, then industry minister, stated publicly that the decision to cut the long-form census came from within StatsCan. “The federal government misrepresented my advice,” Sheikh told Maclean’s, adding that ongoing cuts to the agency have undermined its credibility. StatsCan stands by the data: “The results for the 2011 census are of very high quality, as in previous censuses,” says Peter Frayne of StatsCan.

Five years later, we are seeing the effects. Without the baseline provided by the long-form census, says statistician Doug Elliott, who runs Regina consultancy QED Information Systems, “when an employment rate or CPI [consumer price index] doesn’t make any sense, your immediate suspicion now is that the number is wrong, rather than trying to figure out why.” Voluntary surveys also create biased data, says Sheikh: Response rates from the very rich, the very poor, rural areas, immigrants and Aboriginal communities tend to be far lower—so these groups are not well-represented. “People who do not respond well to a voluntary survey are the very people social policy tries to help,” he says. “So if you were to base policy on data received, you’d say, ‘Gee, we don’t have a poverty problem in this country.’ ”

“You see this continual silencing of people who are not ‘winners,’ for lack of a better word,” says Armine Yalnizyan, a senior economist with the Ottawa-based Canadian Centre for Policy Alternatives. “The result is that the government can pretend they’re not there. It’s like, ‘If you’ve got any needs, we can’t hear you, we can’t see you, la la la.’”

Sheikh believes we’d be better off with no census data than what we have now: “Then you do the best you can using reasoning, logic, and whatever other stats may be available [on which] to base your decision. But when you have wrong information, chances are, it will put you on the wrong path to policy development.”

Vanishing Canada: Why we’re all losers in Ottawa’s war on data [Anne Kingston/Macleans]