I take it back – New Media isn't a cargo cult. Click here to find out why! 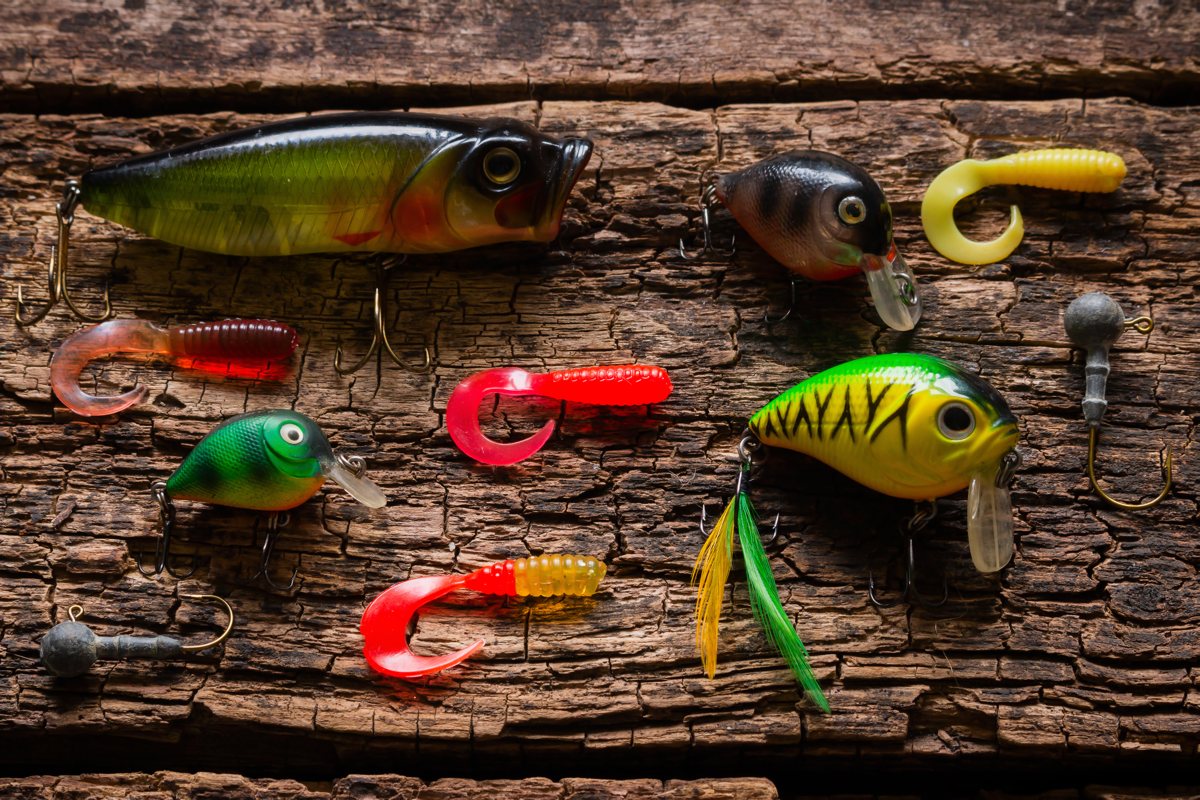 I take it back – New Media isn't a cargo cult. Click here to find out why!

"Like the great whale, retain, O man! in all seasons a temperature of thine own." — Herman Melville, Moby-Dick

You may have read my previous article on Boing Boing, Escaping the New Media Cargo Cult. Well, I take it back. To find out why, keep reading...

If you have knowledge and experience to share, your heart's desire is simply to find a decent audience and make a modest living at talking to it; meanwhile some schmuck who drinks Soylent 2.0 racks up a MASSIVE LIST HELL YEAH with slickly baited copy and bulleted tips he found on the first page of Google results.

One obvious response to this conundrum is to learn how to bait better.

Way down on the other end of this particular spectrum, you've got Matthew Butterick.

Polymathically — it's a word! — Butterick is an attorney, a typographer, and a programmer, among other things. I first discovered his work when he shared Typography for Lawyers, a fascinating primer on how to design stand-out legal documents. (While ostensibly for lawyers, it clearly applies to non-legal documents too.)

Later on, Butterick created an online book for a general audience: Practical Typography. I love it; it’s the first resource on typography that I've actually enjoyed reading. Hundreds of thousands of people have visited the site—hand-crafted by Butterick — to learn the difference between kerning and leading.

Nowadays, people creating content for mass consumption devote most of their attention to the marketing and monetization. After months of crafting the perfect newsletter drip campaign, it often seems like experts spend ten, maybe fifteen minutes tops whipping up the content people are supposed to buy at the end of the funnel.

Not Butterick. From the site, I couldn't blame you for assuming that getting paid for his work is the last thing on Butterick's mind.

If it actually does occur to you to give Butterick money for Practical Typography, you can click on the second subhead beneath the fifth menu item, "how to pay for this book," and read a somewhat cranky essay that starts off by complaining about how almost no one pays, followed by a request to purchase his fonts or, failing that, to just send money. He doesn't even offer a bonus download for shelling out. Just "send cash, you typographically inadequate crash dummy."

After the first year, Butterick wrote a recap on this approach:

I es­ti­mate that about one in 650 read­ers has sup­ported the book with a payment or pur­chase. The other 649 have not. Maybe they will later. Maybe they don’t know they can or should. Or maybe they just think infor­ma­tion on the In­ter­net should be free. In­de­pen­dent of my in­ter­ests as an au­thor, I continue to find this view cor­ro­sive and dan­ger­ous. Last year I gave a talk suggesting that we’d traded good gov­ern­ment for banner ads. But the rip­ple ef­fects are wider still.

A guy whose entire message is that typography is a powerful tool for directing a reader's attention can’t seem to get any of his visitors to click a link.

How did I change the book to encourage more direct payments? Not as much as I could have, I con­cede. In how to pay for this book, I re­duced the num­ber of sug­gested op­tions. I made it eas­ier to make a di­rect payment with a credit card. But I didn’t do the thing I knew would be most ef­fec­tive: namely, load­ing up the rest of the book with links to the pay­ment page, along with in­ces­sant nag­ging and wheedling. Have you paid yet? No you haven’t. Here’s how you pay. Click here. Hey, you’re not click­ing. Please click. Please please please. PLEEEEEEEEAAAAA—

Is Butterick's tone coming across? This is some of the raging resentment simmering among tradition-oriented artists of all stripes in 2015 (and which spurred me to write my Boing Boing post on the New Media cargo cult). For the musician in a basement with a copy of Reason who writes ballads about supporting characters in classic NES games ("Luigi's Lament," etc.) the ability to fund a first album via Kickstarter is a miracle. To Madonna, it's a reason to stock up on sleeping pills.

Butterick at his hrumph-hrumphiest sounds pretty much like most professional authors I meet. (That's right. I know professional authors. The kind with fancy pens. Deal with it.) It's understandable to feel this way, but is it productive to yell at your readers about it?

You don't have to embrace the Dark Side to monetize your work, but you do have to change the way you work as the way we consume changes. If you want to go back to illuminating manuscripts by candlelight, toss the iPhone 6S and start carrying large leather tomes on the subway. The medieval kind with chains on them.

The peculiar thing about Butterick is that he's no Luddite. He developed his own online publishing system for his book, Pollen, and unlike most of the self-proclaimed artists complaining about the pernicious effects of BuzzFeed and Medium, he actually makes things and shares them online regularly. This isn't a case of blaming the demise of print for not having finished your first novel. This is a creator authentically grappling with a very real problem.

In his report, Butterick trashes readers of “viral news” sites like Hacker News (which I read regularly) for being the worst when it comes to throwing a little scratch his way, despite the fact that many of its readers visited his site. The moochers! Naturally, this drew some attention on HN. Nathan Barry responded on that site to Butterick's first annual recap:

Whenever someone creates something this valuable I like to see that they get paid for their work. Based on my experience Practical Typography could, without too much effort, make $100,000 per year... My blog actually averages a similar amount of traffic. I wrote three books and each one of them made $100,000 within the first year. That tells me with the same amount of traffic — which is probably better targeted than mine — it's reasonable that Matthew could make $100,000 off of one book.

Nathan goes on to recommend crafty and manipulative monetization strategies such as "have a price" and "build an email list."

Here's the thing: The more things change, the more they stay the same. Look back at pretty much every publishing phenomenon since Gutenberg's Bible, you’ll find sleazy copy and manipulative marketing shenanigans.

Allen Lane, founder of Penguin? Bennett Cerf, founder of Random House? Fuggedaboutit. These guys would be first in line for the most pernicious marketing techniques available. Yes, even the ones that hurt puppies. (Good thing I know folks in the legal department at Penguin Random House.) Once you're top dog and you have a monopoly on prestige (and distribution), you can afford to sit back on your haunches and expect the customers to come to you and only you.

It’s only when you can't figure out the new tools of selling faster than the upstarts can that morals make their appearance.

"What ever happened to the quality?!"

Let's remember, Butterick's an attorney. He can afford morals when it suits him. He can afford to keep his hands clean and turn up his nose at the eyeball-grubbing content-hustlers who beg for PayPal donations like common boardwalk buskers. (Unrelated note: have you checked out the Boing Boing store yet today? There's a sale on mechanical keyboards, chunky black glasses, and pomade.)

I respect Butterick's unwillingness to bend the knee to the New Media Gods, and he can get away with it, but if you find yourself similarly raging into the social media void about the plight of authors who just want to write without worrying about the commerce side, this resentment at having to sing for your supper is your own worst enemy. With humility, you can find a middle path, an ethically acceptable way to get and monetize attention on the Internet with quality content.

(Soon as you find it, let me know what it is. And thrown in a PayPal donation while you're at it.)

If you're a writer interested in making your ideas and knowledge public — writing, speaking, sharing — without hating yourself in the morning, sign up for my weekly newsletter here.

“American Dirt is #1 on the New York Times bestseller list,” writes Angeline Rodriguez, concerning the novel whose celebrity endorsements and success was brute-forced by a marketing campaign and completely immune to the backlash it received as a white fantasy of latino life. “It was never going to be anything less.” The massive institutional support […]