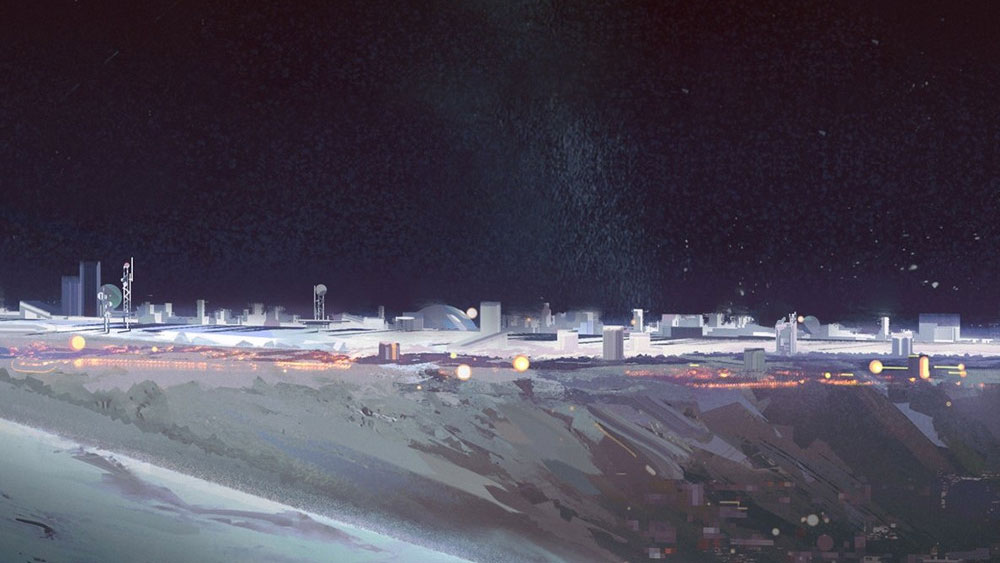 We've projected our political and spiritual longings on the Moon since antiquity, and it's been a talismanic home to science fiction's most ambitious dreams for generations. But no one writes like Ian McDonald, and no one's Moon is nearly so beautiful and terrible as Luna: New Moon.

Luna has no government: it has contracts. You get to the moon by entering into a contract with the Lunar Development Corporation -- the nice folks who'll be selling you your air, bandwidth, carbon and water for the rest of your life -- and everything you do afterwards is also contractual: marriage, employment, and, of course, criminal redress. If you're murdered, your family will contract with a private court to adjudicate the damages they're owed for your death. If you want to get a divorce, you'll have to get a lawyer to argue your case in front of a private judge, and if you're lucky, your lawyer will challenge the opposite party to personal combat. In rare cases, they'll fight to the death.

The moon has five Great Families, of differing vintage and national origins, and the story in Luna: New Moon centers on the Corta dynasty, founded by a poor Brazilian helium miner who built an empire that powers the Earth's fusion reactors. The Corta clan keeps Earth's lights on and this brings them enormous power, prestige and wealth -- and the intense jealousy of the other great families.

Adrianna Corta, the family's matriarch, has cannily woven her family into the others through a web of strategic marriages. But Adrianna is nearing death, and the other families smell blood. At a family party, someone has the audacity to assassinate one of her sons with a neurotoxin-bearing cyborg insect -- he is saved at the last moment by Marina, an impoverished waitress who can barely afford to breathe. Marina's valor earns her a place in the great house, and all the air she can breathe, and money to send to Earth, which has bifurcated into a global underclass, and a tiny one percent elite.

Ian McDonald's never written a bad novel, but this is a great Ian McDonald novel.

When you read classic sf novels like Heinlein's The Moon is a Harsh Mistress, you can get the feeling that the author has imagined the whole world, from psychosexual relations to geopolitics, and has plucked out the telling details that let you know that this is more than a mere backdrop -- it's a kind of sociological macrocosm for the lives of the characters.

But McDonald has ten details for every detail proffered by other sf writers. Not gratuitous details, either: gracious ones. The fashion sense of William Gibson, the design sense of Bruce Sterling, the eye for family drama of Connie Willis, the poesie of Bradbury, and the dirty sex of Kathe Koja and Samuel Delany.

McDonald's moon is omnisexual, kinky, violent, passionate, beautiful, awful, vibrant and crushing. As the family saga of the Cortas unravels, we meet a self-sexual ninja lawyer, a werewolf who loses his mind in the Full Earth, a family tyrant whose ruthlessness is matched only by his crepulance, and a panoply of great passions and low desires.

Luna: New Moon is the first book of a two-book cycle. Now I'm all a-quiver for the next one.