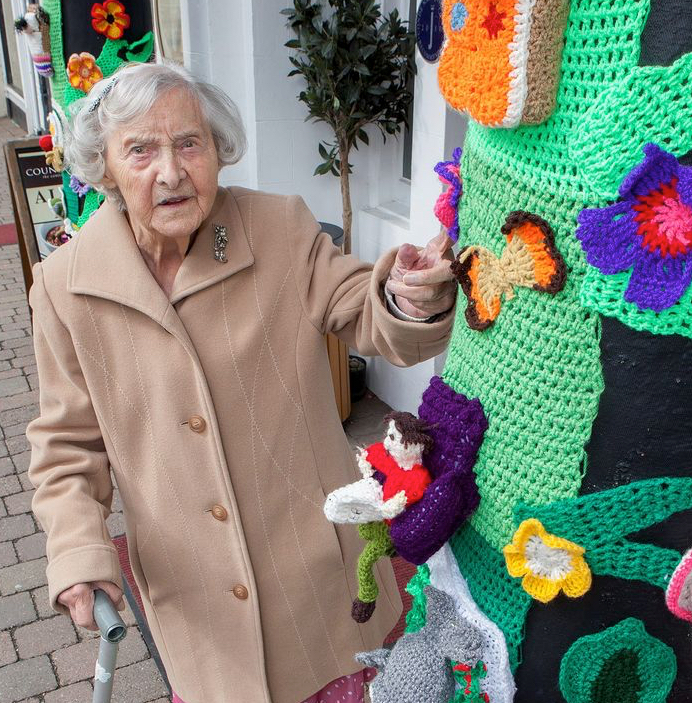 Grace Brett, 104, is part of a guerrilla crochet group called the Souter Stormers who yarn bombed landmarks in Selkirk, Ettrickbridge and Yarrow, Scotland. The installation was tied to an arts festival in the area. Video below.

“I liked seeing my work showing with everyone else and thought the town looked lovely," Brett said.

Her daughter Daphne, 74, added "She thinks it is funny to be called a street artist.”

More at the Daily Record.