A Princess of Pluto 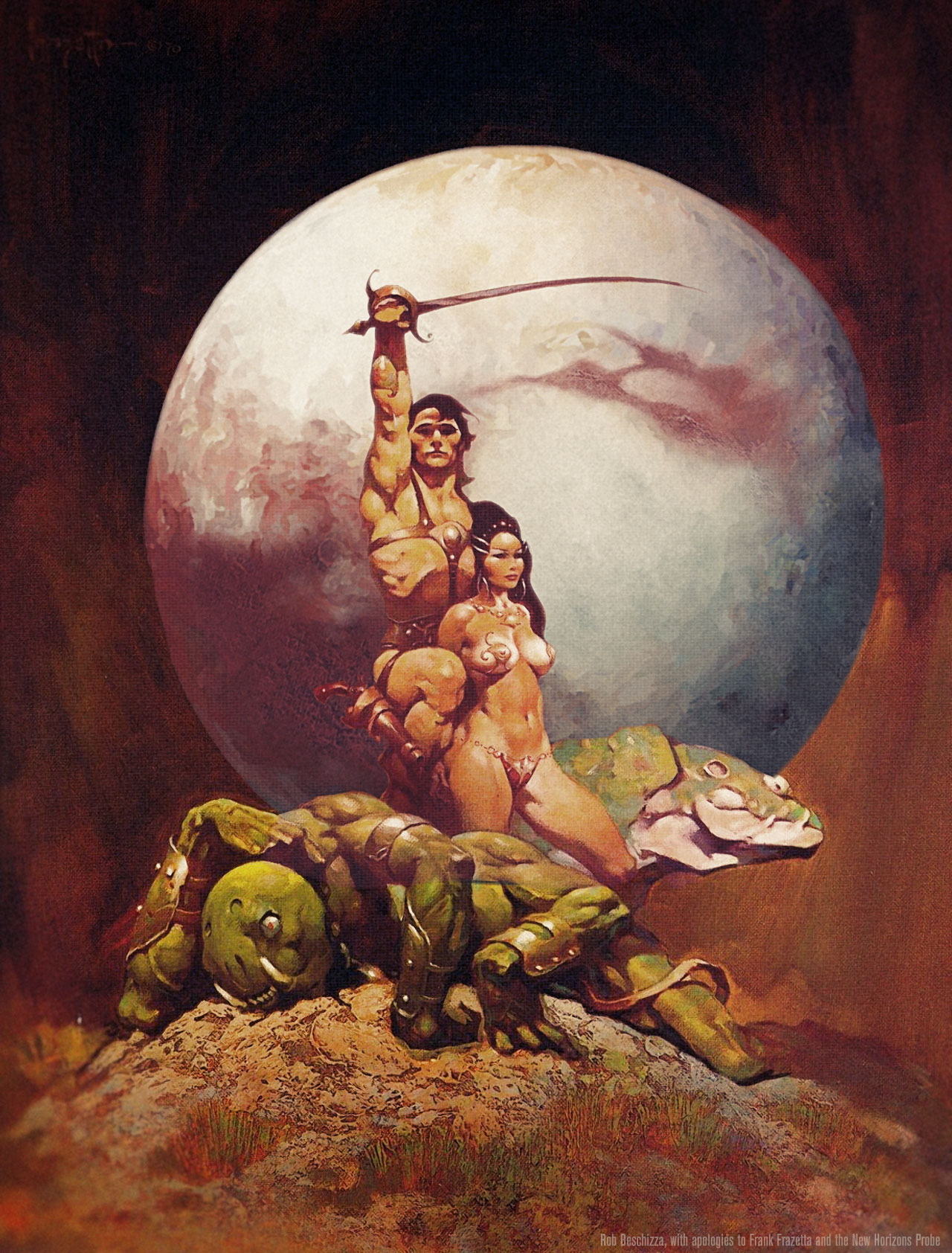 I knew the new Pluto images reminded me of something!

The originals: Frank Frazetta's legendary painting "A Princess of Mars," and "The Rich Color Variations of Pluto," published by NASA.

This was created by the Loose Meat comedy troupe for Everything is Terrible. I couldn’t tell you why, or how, but I also can’t look away. Image: Humor Blog / Flickr (CC 2.0)

“My whole existence is flawed / You get me closer to God.” In 2009, Zach3333 assembled a star cast on YouTube: “Obviously I did not produce this song or any of the video, merely re-arranged and combined some readily available content on the internet in a new pattern. Featuring The Muppets, Harry Belafonte, Cloris Leachman, […]

I ain’t afraid of no fuckin’ like an animal. If this wasn’t on your Halloween playlist, then what were you even doing? Image via Pat Loika/Flickr