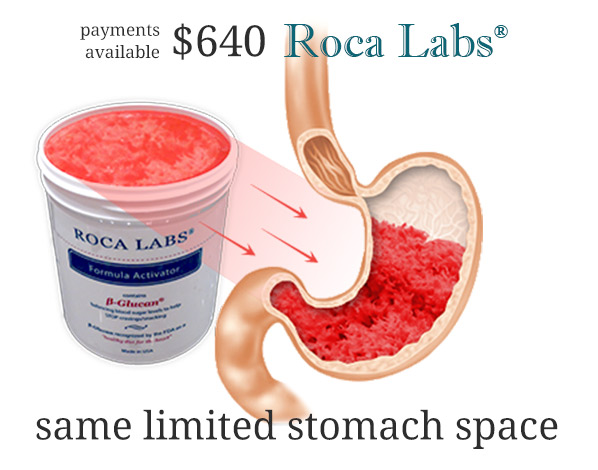 If you follow my tweets of interesting stories from one year ago, you'll have seen the Roca Labs saga popping up again. Roca sold a "non-surgical gastric bypass" that was mostly made from industrial food-thickeners that were supposed to gunk up your stomach and fill you up.

Their terms of service included a gag-order that let them sue you if you posted a negative review -- e.g., if you told other prospective customers that it made you sick as a dog.

Now the FTC is cracking down on them, launching a suit that includes a motion for a restraining order that Adam Steinbaugh describes as "pure brass knuckles" -- it's a joy to read.

The FTC alleges that Roca used deceptive advertising, and asks to have the gag-clause invalidated and accuses the company of intimidating witnesses.

Essentially, Roca Labs advertised, among other things, that its product was "scientifically proven to have a 90% success rate" and that it was "possible" to lose up to 21 pounds per month. These claims were backed by a letter from a "Dr. Ross F." — also known as Dr. Ross Finesmith, who had been barred from practicing medicine after pleading guilty to possession of child pornography — which cited and summarized literature that didn't review or study Roca Labs' products, but instead referenced studies of ingredients which were used in Roca Labs' products. Roca Labs bolstered the impression that its products were super effective by cloaking itself in an aura of scientific research and medical expertise: through its name ("Roca Labs"), references to its "medical team" and "research center", and usage of photos and videos of people wearing lab coats emblazoned with the caduceus symbol (which also appeared in the company's logo).

The FTC also contends that Roca Labs' gag clause — and the company's practice of offering a financial incentive for positive reviews — contributed to these deceptive practices. Customers could buy the product without a gag clause, but it would cost approximately three times as much, resulting in "99%" of consumers agreeing to the clause, which prohibited essentially any negative commentary about the product. One iteration of the clause established a $100,000 penalty and threatened consumers with revocation of the 'discount' and subsequent reports to credit bureaus.

This practice, according to the FTC, deprived consumers of "truthful, negative information" which might have deterred would-be customers from buying their products. Then, relying on this clause, Roca Labs "threatened complaining purchasers who have sought refunds by telling them that they would be subject to liability for extortion or defamation for threatening to post, or posting, truthful negative reviews about the Defendants, their products, or employees[.]" In some cases, the company disclosed confidential health information in legal filings and to "credit card processors and banks" when customers issued chargebacks.

Further, in lieu of allowing unfiltered customer feedback to inform customers, Roca Labs provided a financial incentive to customers to provide positive reviews and, when that wasn't enough, faked it. The company operated a website that advertises Roca Labs' product without mentioning that… it's Roca Labs running the site. So when the site claims that "we challenged the company's claim to a '90% success rate' by checking some of the 654,000 video results we got when searching for 'Youtube Roca Labs'", that's somewhat misleading. Although not directly stated in the complaint, this is misleading both because the site is operated by Roca Labs and because those positive videos result from Roca's financial incentive for customers to post reviews and its heavyhanded "don't criticize us" clause in its contract.