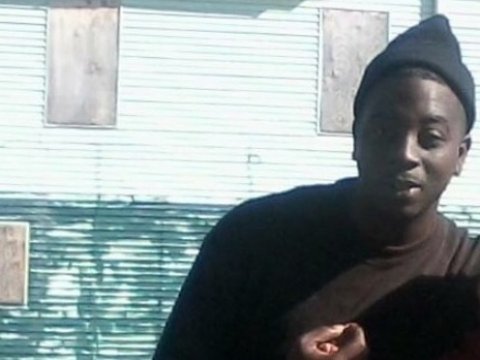 Man, the first few paragraphs of this Washington Post story about a mentally ill man who died in a jail while waiting for medical care are so devastating.

Jamycheal Mitchell was a young American citizen, and it happened in America, 2015--not some third world shithole, or Abu Ghraib, or some dungeon back in the Dark Ages. The 24-year-old had been diagnosed with schizophrenia and bipolar disorder for about a 10 years. He had been hospitalized for those conditions on a number of occasions, and was not able to hold down a job.

Why are we so unbelievably lacking in empathy as a culture for people who suffer from mental illness? Why do we treat them like criminals, who deserve punishment for their disease?

Jamycheal Mitchell had stopped taking his schizophrenia medication before he walked into a 7-Eleven near his family’s Portsmouth, Va., home in April and allegedly stole a Mountain Dew, a Snickers bar and a Zebra Cake totaling $5.05.

After the 24-year-old’s arrest, a judge ordered him to a state psychiatric hospital to get help. But like an increasing number of the mentally ill, he sat in jail for months as he waited for a bed to open.

Other inmates said Mitchell paced naked in a cell often covered in his own filth. Family members said they were told he sometimes refused to eat or take medication, and jail records show he manically yelled. He grew gaunt, and by Aug. 19 he was dead, having shed at least 36 pounds.

“Man accused of stealing $5 in snacks died in jail as he waited for space at mental hospital.”

A Hampton Roads area paper reports that Mitchell died in the Regional Jail on Aug. 19 after spending “the last weeks of his life with a severely swollen leg in a cell covered in his own feces and urine.”

"My sources indicate that... it looked like he had almost a cast on it," said attorney Mark Krudys, who was retained by Mitchell's family. "The question becomes, was his severe weight loss related to a disease process or to starvation?"

Krudys says Mitchell hadn't showered in more than a month, his investigation revealed.

"All of my sources say there was no water in his cell, either drinking or to flush, and no toilet paper," Krudys said. "There was feces in addition to urine."

Family members called the jail repeatedly - about 40 times, Krudys said. They were not allowed to visit him because Mitchell hadn't placed them on a list of visitors, which is pretty hard to do when you are in a severely impaired cognitive state because you're waiting in jail to get urgent medical help for your mental illness.

The family's attorney also says he has learned that before he died, Mitchell was forced to eat with feces on his hands.

Again, this all stems from an arrest for allegedly stealing a Snickers bar, a 2-liter Mountain Dew and a Zebra Cake worth about $5.

Mitchell's bail was set at $3,000 for charges of petty larceny and trespassing at a 7-Eleven. He spent a couple of weeks in Portsmouth's City Jail, and was then transferred to the regional jail. The family's attorney says the neglect or willful abuse the 24 year old received there led to his death.

Editors at the Virginia-Pilot called Mitchell's death one of “disgraceful neglect.”

We are inclined to agree.