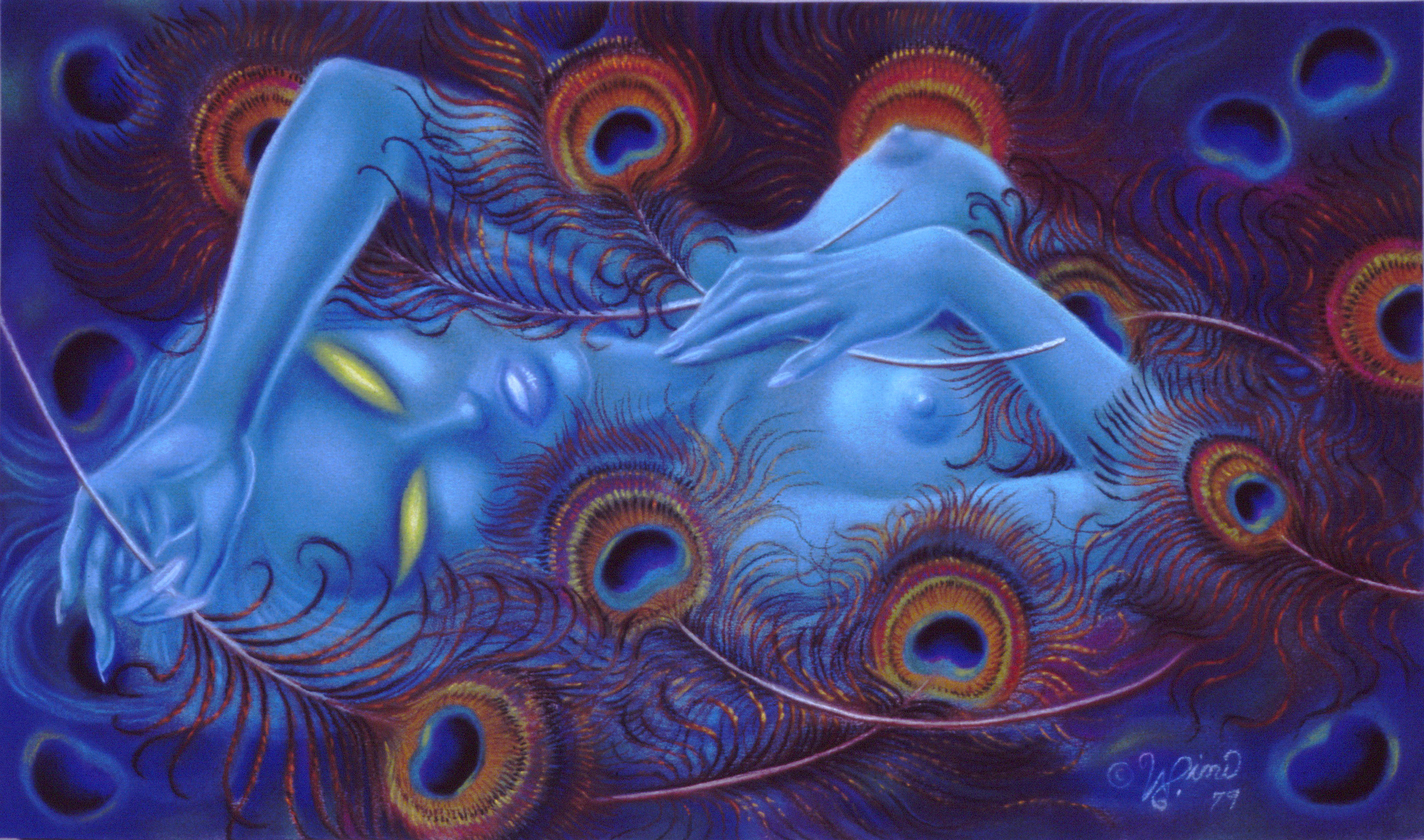 Though famous as the co-creator and illustrator of Elfquest, artist Wendy Pini's career stretches from 1960s zines to cyber-horror, with many strange and wonderful detours along the way. A kickstarter campaign is ending later today for three art books about her career, and I'd like to bring your attention to the one that isn't going to have (many) elves in it.

Line of Beauty: The Art of Wendy Pini, a massive, deluxe hardback volume , is yours for a $50 pledge. Not everything in it will be Omni-esque retro space fantasy like the above and the below, but I'm hoping for rather a lot of that.

Only 500 signed and numbered copies will be printed, by art book publisher Flesk: 306 pages, 9x12 inches, with "premium quarter binding with special onlaid plate on the front cover boards with slipcase."

The Kickstarter's already surpassed its goals, but this is going to be the best of the set and it's not getting quite the same attention as the other two volumes on offer.

Adds Elfquest co-creator Richard Pini: "This is stuff either no-one has ever seen, or hasn't been seen in over 30 years, and never in print."

The term “line of beauty” describes, in one sense, a certain way of arranging lines and shapes in a drawing or painting to suggest motion, dynamic balance and grace. But in a deeper sense it can also speak to the visionary spirit that drives the creation of a piece of artwork. Whatever that spirit is, Wendy Pini demonstrates that she has had it from the moment she was delivered into this world. Given up for adoption at birth, she has been on a quest ever since for those things most of us take for granted—family, tribe and community. The search has taught her about love and loss and, above all, the power that comes from hearts and minds united in a single dream.

The title is an allusion to Hogarth, whose love of serpentine curves as the heart of structural beauty (cf. classical ratios) is echoed often in Wendy's work.

Line of Beauty: The Art of Wendy Pini / Elfquest [Kickstarter]

If you’re on a road trip Wazing it to Atlantic City’s Borgata Hotel Casino & Spa, you might want to double check your directions. When people click on an orange logo for the resort in an ad on the Waze app, a glitch is sending people onto unpaved roads in the wilderness, 45 miles away […]