1902 trading cards imagine the 'Women of the Future' 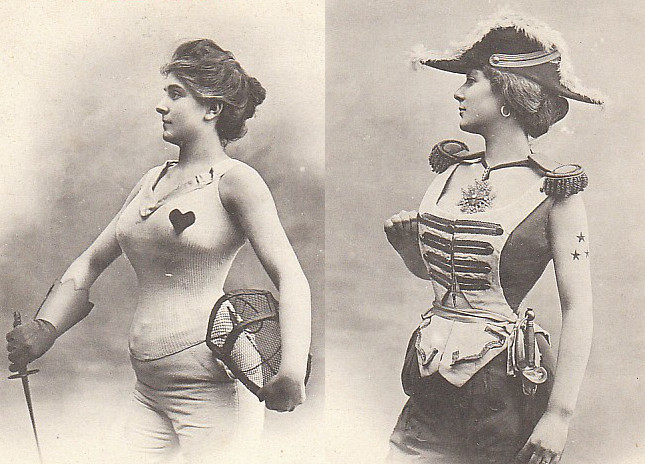 Way back in 1902, a French manufacturer released a set of trading cards designed by artist Albert Bergeret that imagined the "women of the future." The cards envisioned women stepping into roles that would have seemed fantastical to most ladies at the time: doctor, lawyer, politician, firefighter, even members of the military.

Although there's a pin-up quality to many of the images—they're showing an awful lot of arm, after all—there's something charming about this retrofuturistic attempt to expand the role of women in society, even if it was nothing but fantasy at the time. Indeed, fantasy and science fiction can often help us open our minds behind the limitations of the world we live in and imagine a better one instead. In the small and fashionable world of these cards, at least, women were given a more equal role in society, not to mention some spectacular hats.

Here are some of my favorites:

Check out the full series of cards here.