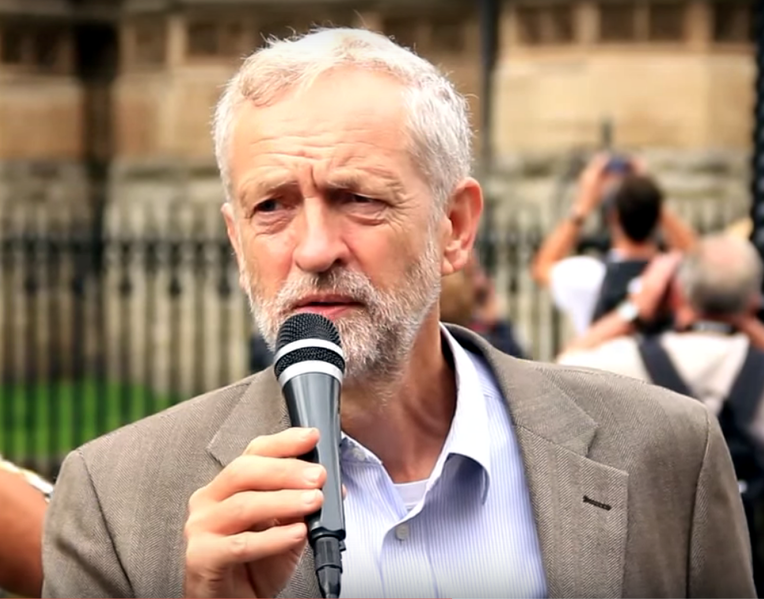 In September, the British Labour Party elected a new leader, Jeremy Corbyn, a dyed-in-the-wool left-wing veteran MP who had been marginalised for decades by the increasingly right-wing Labour party -- how did an unassuming long-shot without much in the way of animal magnetism or rhetorical fire win the party leadership election by the most decisive landslide in British history?

In the words of Mark Steel: "There was a movement looking for a home." The British left is sick of being told that giving bankers more and more control over the world. They're sick of trying to find left-wing politicians who either sell them out (Libdems) or front unelectable leaders (Greens).

Corbyn -- unassuming, improbable -- was the only candidate to offer a real left-wing alternative, with credentials buffed by hundreds of street demonstrations and years of grassroots organising. Hence, the landslide:

Rather than being the conjurer of a movement, Corbyn acted as a lightning rod to conduct an electrical charge already in the air. His support is mixed in age and background, but there are at least three discernable categories. The first and most prominent group is the young, for whom post-2008 neoliberalism has meant poor job prospects and extortionate rents. It is no coincidence that the archetypal Corbyn supporter is fresh-faced, highly educated and probably works in a coffee shop. This age group was politicised by the tripling of university tuition fees in 2012, which created a generational grudge and a much more radical student movement than Britain is used to.

A second pillar of support is the anti-war movement. Corbyn was until recently chair of the Stop the War Coalition, which organised the two-million-strong march against the invasion of Iraq in 2003 — the biggest protest in British history. Lindsey German, Stop the War’s convener, believes the legacy of that demonstration “very much fed into” Corbyn’s campaign. “That was a huge number of people who hated what Labour did, who resented Tony Blair,” she says. “A lot of older people who left Labour over Iraq will now go back.”

The importance of street protests is reflexively dismissed by the British media, but no account of the Corbyn phenomenon is complete without them. Corbyn has addressed so many demonstrations on such a range of causes — from Palestine to mental health — that he could count on a core of motivated supporters from the moment his candidacy was announced.

The third group is the organised working class. On the face of it, this is hardly surprising. In the public sector, where trade unions still have strength, pay has been frozen for years and services cut and privatised. Many unions are now led by left-leaning general secretaries. Even so, it was a shock to the Labour establishment when the biggest unions, Unite and Unison, endorsed Corbyn in response to grass-roots pressure.