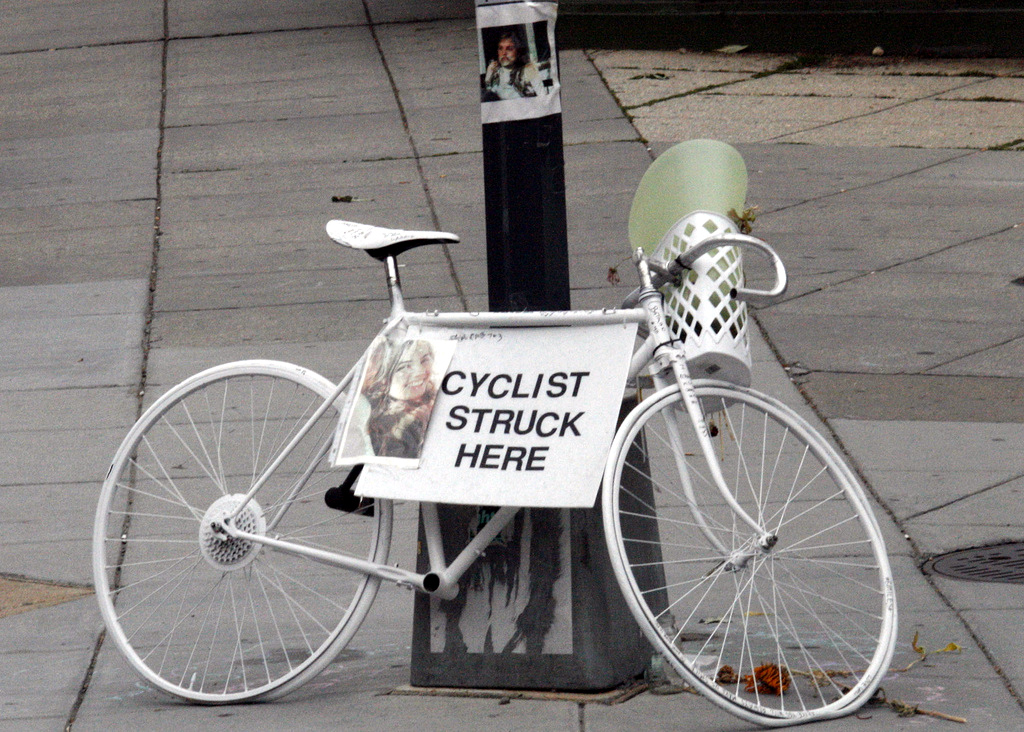 The use of the term "accident" gives cops and courts the cover to excuse murder. In a brutal editorial, Hsi-Pei Liao talks about his daughter, who was killed by a driver when she was three. The driver got a ticket for failure to yeild and failure to use due care, and those tickets were eventually thrown out by a DMV judge who considered the case for 47 seconds.

I was nearly killed by a hit-and-run drunk driver when I was 21, who was caught and then given a $1,000 fine and a six month license suspension (when he hit me, he was already driving without a license, having had his license pulled for a previous DUI). The Ontario prosecutor didn't give me notice of the hearing and I wasn't allowed to testify or give a victim impact statement.

Big city cops, especially the NYPD and SFPD, are notorious for excusing people who kill with their cars, especially when the victims are cyclists. An activist group called Families for Safe Streets is campaigning to replace the term "accident" -- which implies that the incident was a kind of unpredictable, unavoidable effect of the universe's uncooperative inanimate objects -- with "crash."

In New York City, they campaigned for the Right of Way Law, which came into effect in June 2014, which allows "police to bring a misdemeanor charge if a driver kills or seriously injures someone who has the right of way in a crosswalk or a bike lane." It's pretty amazing that a new law was needed for this -- but even more amazing was the city bus drivers' campaign against the law, because they didn't want to "criminalize accidents."

“It was just an accident.” That’s what drunk drivers used to say after killing or injuring someone in a crash, before MADD led its successful campaigns to stigmatize and criminalize DWI. As a result of their efforts, today we expect people to be held accountable when they’re caught drinking and driving. When a plane crashes, we don’t call it an “accident.” We expect a thorough investigation to determine how similar disasters can be prevented in the future.

But when a sober driver kills or maims someone, we as a society remain hesitant to hold that driver accountable. As a result, the #CrashNotAccident campaign is getting some pushback.

Yes, accidents happen. A car can slide on black ice or get hit by a falling tree limb and spin out of control. But the things I see every day—drivers turning into crosswalks full of pedestrians, two or three drivers in a row running a single red light—and the headlines I read every few days about cars “jumping the curb” (which actually means driving onto the sidewalk)—are different. These things are easily preventable. The crashes they cause are not “accidents”; they are the results of negligence and dangerous behavior.