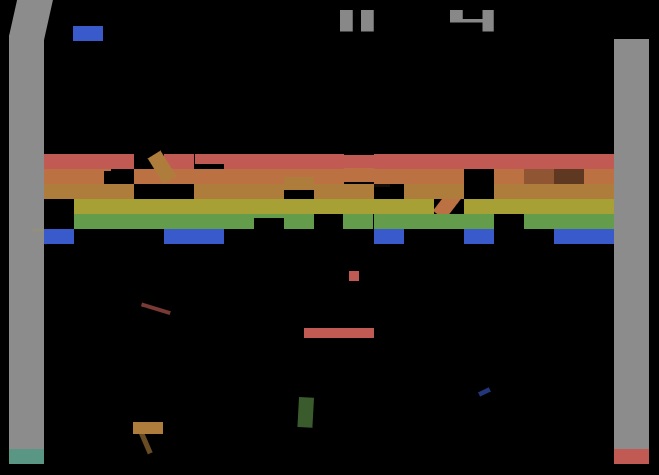 This week, our partnership with Critical Distance brings us a takedown on 'empathy games' from one of the field's most well-known independent designers, as well as a unique collection of games inspired by the classic Breakout.

That's the word that Pippin Barr uses. He immediately backtracks upon saying it as it "sounds negative," but I think he's right. Games are fragile. In a lot of cases, changing a single element can turn a game from interesting to dull, from beautiful to offensive.

Most single-player games start a conversation with players and then leave them emotionally stranded. We handle pivotal character moments in cutscenes, or when they're in live gameplay we leave players only able to run, jump, or crouch. We're creating a culture where the expected—and only—response to emotional moments is mute acceptance.

To that extent, single-player games have a culture of emotional isolation that goes beyond the fact that you're playing them by yourself. I believe that's a large part of the popularity of live Let's Play video feeds: the person playing can finally express the emotions provoked by a game in a setting where someone's listening -- because the game clearly isn't. Isn't that a mistake in an interactive medium?

Meanwhile, developer and author Anna Anthropy—best known for her game dys4ia, something she has grown increasingly frustrated with—decries the term "empathy game" as a facile device to avoid real engagement with oppression:

Empathy Game is about the farce of using a game as a substitute for education, as a way to claim allyship. [...] Being an ally takes work, it requires you to examine your own behavior, it is an ongoing process with no end point. That people are eager to use games as a shortcut to that, and way to feel like they've done the work and excuse themselves from further educating themselves, angers and disgusts me. You don't know what it's like to be me.

Finally, if you're up for some more in-depth reading, consider picking up Eron Rauch's series demystifying popular online battle arenas League of Legends and DotA 2, titles which now drive the international eSports industry.

And this may not be 'discussion' per se, but check out this short, relaxing montage of video game environments in the rain (video). A nice, meditative way to start the week!