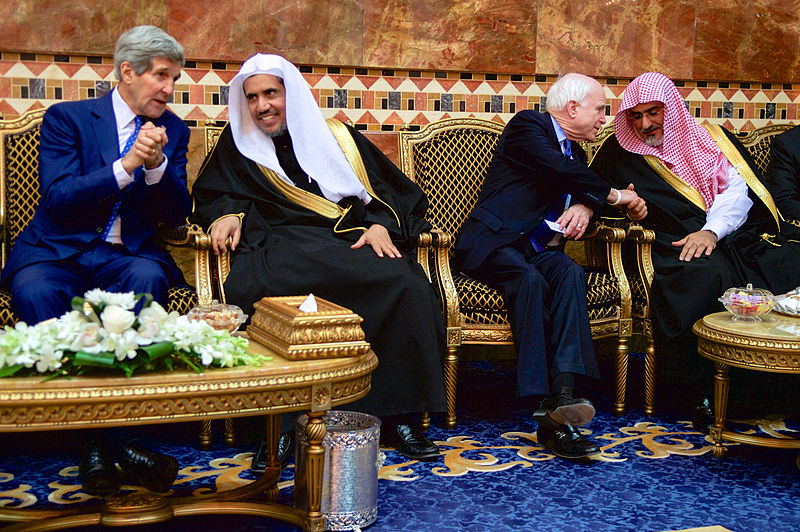 The Saudi royals -- you know, the charming people who exported intolerant, extremist Wahabiism and whose scions get to rape their US-based servants with impunity -- have hired the biggest, most ruthless PR firms in America to run their PR machine.

Among their newly retained PR firms are powerhouse firms like Podesta and Edelman (the equally charming spin doctors who run interference for the Transcanada Pipeline and launched a egg-related PSYOPS campaign against a vegan startup).

Neither the firms nor the royals will discuss what all that money is being spent on, but they sure spend a lot of time talking to Congress about the wonderfulness of the Saudi system.

The Saudis are about to execute Ali Mohammed al-Nimr, "the young son of a government critic."

The nation also faces international outcry over the widespread killing of civilians in Yemen. Since March, Saudi Arabia has led a coalition that includes the U.S., U.K., Egypt and several Persian Gulf nations to support the Yemeni government in its war against the Houthi rebels. The Saudi-led coalition has repeatedly attacked schools, hospitals, and other civilian targets, including recent reports of a wedding party that was bombed, killing over 100 people.

Last week, I spoke to a number of lawmakers about Saudi human rights abuses, but found them extremely reluctant to criticize the Kingdom. Disclosures reveal that the lobbying firms that have worked for Saudi Arabia for years communicate frequently with senior members of Congress. Beyond entrenched military and economic ties between Saudi Arabia and the United States, the Kingdom appears to be working to maintain its political clout.