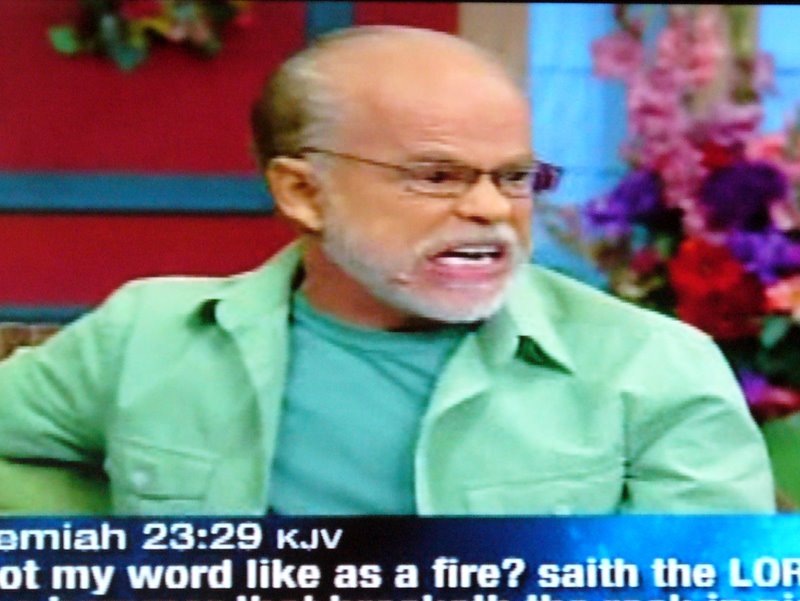 Jim Bakker is a convicted felon who continues ripping off the faithful with emergency food buckets that you will apparently need lots of when the End Times come.

He has his fans.

Jim Bakker tells us what happens when the world's food runs out. #JimBakker https://t.co/Z1CsquCIYs

Nate Powell is the writer and artist behind About Face, a brilliant webcomic about America's obsession with fascist fashion. His latest comic, Hide Out, is less of a macro-scale political analysis, and more of a quiet, reflective, internal piece about life in apocalyptic scenarios — but it's just as powerful, and just as much worth reading. […]

Enormous and "potentially hazardous" asteroid will fly by Earth tomorrow

Tomorrow, an asteroid that's at least a mile wide will pass by Earth. While NASA considers the object, named 1998 Or2, to be "potentially hazardous," it won't hit us. This time. It won't get closer than around four million miles away. Above is a time lapse of the asteroid captured through a telescope by amateur […]

Climate change. Pandemics. Nuclear war. While these are undoubtedly devastating realities or possibilities, could they wipe out humanity entirely? Highly unlikely, writes Seth Shostak, senior astronomer for the Search for Extraterrestrial Intelligence (SETI) Institute. From Quartz: A century ago, the Spanish flu caused a staggering 20-50 million deaths, more than WWI. Still, the toll amounted […]