Punkt MP 01: a simple, but not uselessly minimalist basic phone 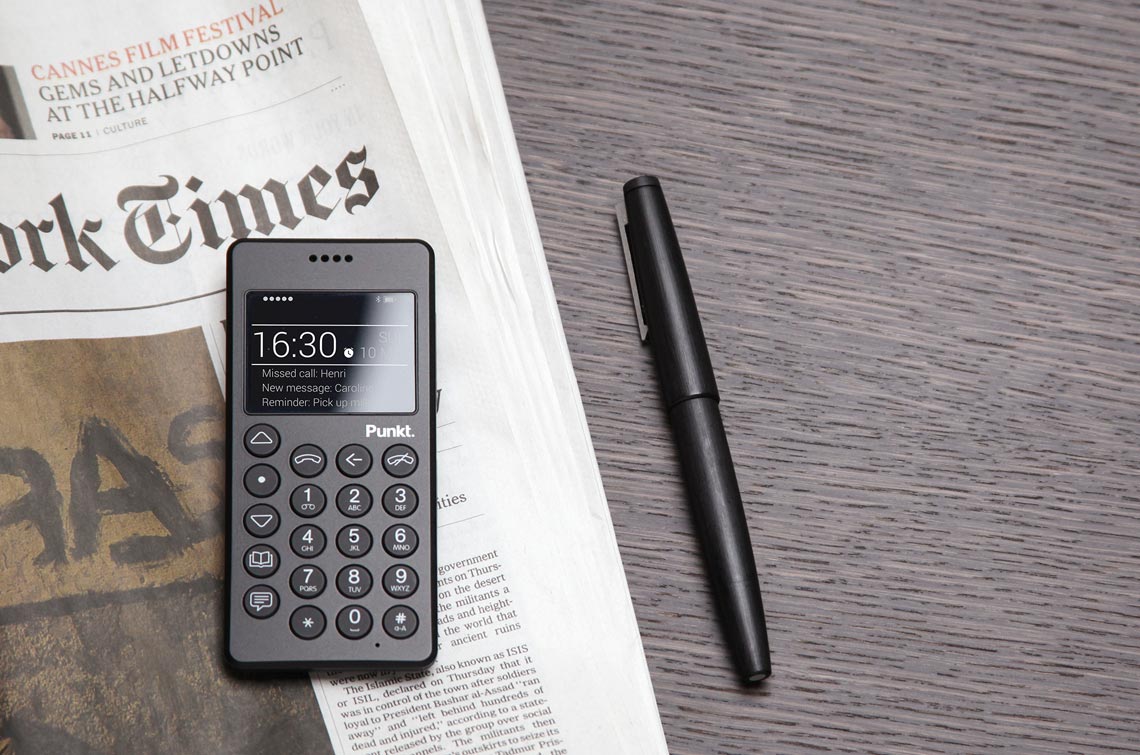 With its plain, understated looks and classy black and white UI, the Punkt MP 01 looks like everything a smartphone addict might want to kick the habit: a gadget focused on communication without the distractions of a pocket supercomputer.

"The more our phones do, the more they demand of us," the marketing blurb goes. "Say it with words. Focus on what matters most and leave the rest."

Designed by Jasper Morrison, the phone has a minimalist monochrome user interface (though the display itself is a 320x240 full-color LCD with gorilla glass), a 2G-only radio, and 20 days of battery life on a charge. The feature list is short: other than calls and basic texting, there's a calendar, alarm clock, Bluetooth and a "camera paint" finish.

It's $295 unlocked, and pre-orderes will receive theirs in time for Christmas, says Punkt.

First impression: I like the look of this a lot, though the price is very steep. My biggest caveat is that U.S. cellular providers are becoming disinterested in maintaining their 2G networks—a fact that's been complicating my own quest to find the perfect dumbphone.

The new Moto Razr is a handsome retro thing. At $1500, though, who wants a 6.2-inch foldable smartphone designed to resemble a classic flip-phone? The hinge design of the Moto Razr is probably the most interesting thing about it. The best Samsung can currently do in the foldables space is the Galaxy Fold, which, thanks […]

Samsung's foldable phone is called the Fold and will cost $1980