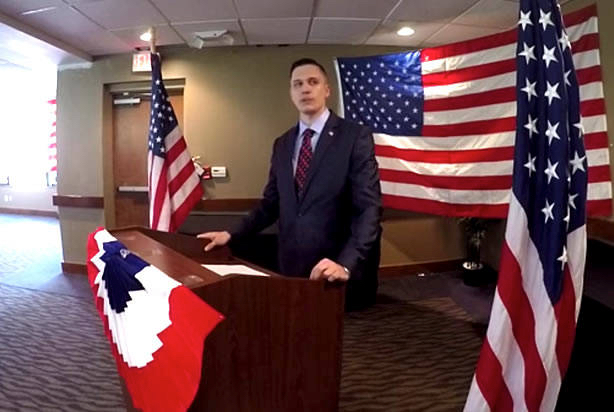 Augustus Sol Invictus, a Tallahassee, Florida candidate for US Senate, once walked from Florida to the Mojave Desert as part of a ritual that culminated in him sacrificing a goat and drinking its blood.

"I did sacrifice a goat," he said. "I know that's probably a quibble in the mind of most Americans. I sacrificed an animal to the god of the wilderness ... Yes, I drank the goat's blood."


Invictus, 32, is running as a Libertarian but the chairman of the Libertarian Party of Florida, Adrian Wyllie, is critical of Invictus for many reasons.


"He is the absolute exact opposite of a Libertarian," Wyllie says. "He's a self-proclaimed fascist. He's promoting a second civil war."


For his part, Invictus, who changed his birth name to the Latin phrase meaning "majestic unconquered sun," says he isn't trying to ignite a war and that it's already started anyway.